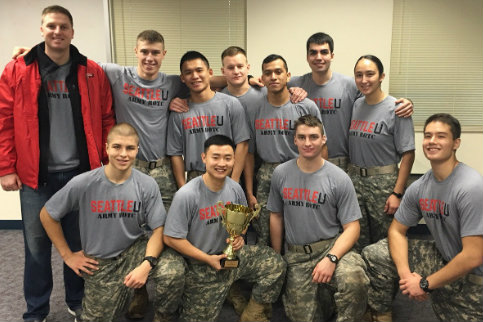 Seattle U moves on to compete in February for a chance to go to national Sandhurst Competition at West Point, NY.

Lt. Col. Norman sees the Brady Battalion's performance in the competition as indicative of the ROTC program at SU. "The quality of cadets that come out of SU is truly exceptional," she says. "This is a hard enough school anyway when you look at what's expected of the average student. And then you add 40 hours a week of the other responsibilities that cadets have-their dedication is phenomenal."

Mirroring the success of the university's ROTC program, which was recognized as the nation's top program in 2010, SU was recently ranked #6 in the West for best colleges for veterans by U.S. News & World Report  this fall.