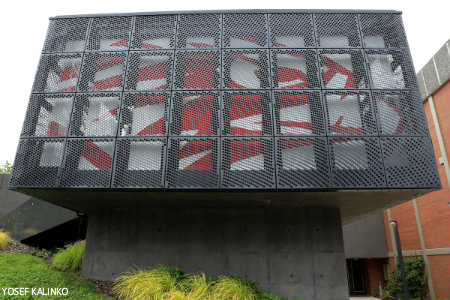 Completed in 2016, the renovation addressed Title IX requirements for intercollegiate athletics by strengthening the student-athlete and spectator experience. The project included seating and visual enhancements to North Court, as well as newly configured locker rooms and spectator amenities. The added Porter Pavilion (pictured here) is an iconic entryway that greets visitors to the complex and guides them directly to the second-floor basketball courts.

The Connolly Complex project capped a decade of upgrades to Seattle University’s athletics and fitness facilities, including significant renovations of Championship Field (2006), which won a national award in 2014, and Seattle University Park (2012) and the construction of the Eisiminger Fitness Center (2011).