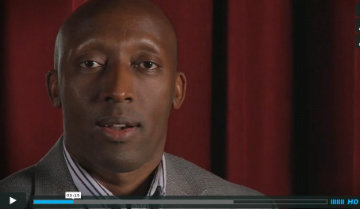 Graduation gifts come in many forms, but this year a group of MBA students has chosen a very unconventional and moving way to honor one of their classmates as he prepares to receive his diploma.

Anyone who has read "Life of Purpose" in SU Magazine is familiar with the story of Jean Baptiste Ganza, S.J.: How his family members and friends were murdered during the genocide in Rwanda, and how he has responded to the tragedy by creating new educational opportunities for the young people of his native country.

Ganza has already built a primary school, St. Ignatius, in Kigali. He is now focused on expanding that educational pipeline by constructing a secondary school. When completed, the school will hold 750 students. Pretty heady stuff when you consider that more than 75 percent of Rwandans live below the poverty line and children, on average, receive just three years of schooling.

This is where Father Ganza's MBA classmates come in. They have launched a campaign to raise $15,000 for the school before Ganza graduates on June 10. To learn more about the effort and how you can help support it, please visit the St. Ignatius School Rwanda Campaign.