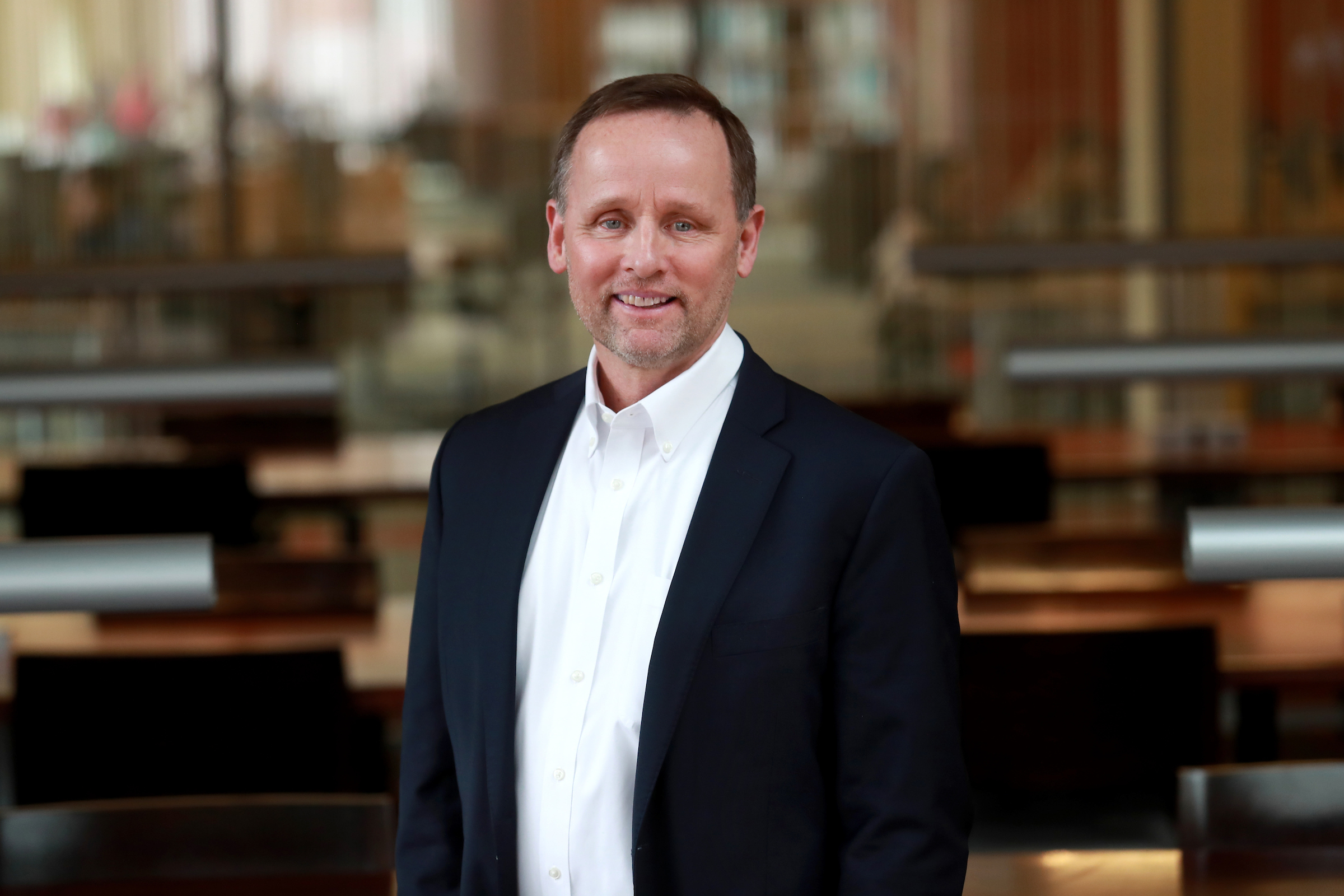 Tim Leary has a dilemma: what to do with all those books. Anyone who’s visited his office has observed a collection rivaling a library stack—not to mention all the other accumulated artifacts and mementos, including a framed Spectator article that Anne Moran, ’87, senior assistant to the president, wrote about Leary when she was an SU student and a museum-worthy computer he used to write his PhD dissertation.

After a combined 25 years at Seattle University and a grand total of 42 years working in higher education, Leary will step down as executive vice president in June. “More people have been asking what’s happening with my books than what I’m doing next,” he says with a laugh.

Leary’s time at Seattle University includes five years in the 1980s when he worked in the division then called Student Life. After 13 years at other institutions, he returned to SU in 2002 as vice president for student development before being named senior vice president and eventually executive vice president. At one time or another, he has overseen just about every area of the university (the only exceptions being enrollment and the schools and colleges). “I’ve had a chance to see Seattle University come into its own and grow and develop.”

Examples of Leary’s impact on the university abound. Among countless other contributions, he has been integral in evolving, enhancing and championing the student experience, bringing SU back to Division I athletics, developing new facilities and helping to set in motion the university’s service-learning and community engagement efforts.

“Since I met him during the presidential search process, I have been consistently impressed by Tim Leary’s deep knowledge of Jesuit higher education and his great affection for Seattle University,” says President Eduardo Peñalver. “During the transition, I have benefited tremendously from his encyclopedic historical knowledge of SU, his personal generosity and his sound judgment. He is the quintessential Redhawk. I will miss working with him, and I wish him the very best as he begins his next chapter.”

Peñalver’s predecessor agrees. “Much of Tim’s work was hidden to most of the university, but his impact was significant and very positive,” says Stephen Sundborg, S.J. “He always served with a sense of mission, care and love of students. As president I personally relied on him daily and profoundly. We all owe him a great debt of gratitude for his service at the heart of what we are about.”

Leary never saw himself as staying in any job for more than five years. That he’s been at SU for a quarter-century says a lot about his feelings for the institution. “I’ve always called this school. I’ve never called it work, because I feel like I go to school every day. I’m constantly learning.”

While Leary’s career trajectory brought increasing administrative responsibilities, his heart has always been with the students and his focus on their wellbeing and success. Leary decided to go into higher ed, in large part, because of an experience he had as an undergraduate at the University of Vermont. “Let’s just say I got to know the dean of students intimately,” he says with a wry smile. “I was in his office a lot, and if not for him being supportive and willing to take a chance on me, I probably would’ve been kicked out of school—I probably deserved to be.”

After making it through a rough freshman year, Leary began to think about working with students, particularly those who are struggling. “I chose to work in higher education because it felt like a vocation.”

With Leary, any talk about the work he’s done quickly turns to the people with whom he’s done it. He lights up when discussing one colleague after another who has flourished in their careers. He roots for and revels in their success.

It’s no surprise then that it’s the people Leary will miss the most. The past two years have been a bit of dress rehearsal. He’s not much for Zoom or working from home. “I’m just a social being and I need to engage with others, so I’ll miss that significantly.”

Leary says he was thinking about going out with Father Sundborg when he retired as president last year, but Sundborg asked him to stay for a year of transition. “It’s clear Eduardo is doing great things,” Leary says. “Timing is everything, and I think the timing is right (for me to leave). I’m very much at peace with it.”

As for what’s next—for him, not the books—Leary said he’s looking forward to spending some time in New England. “I’m a Vermonter, grew up there, go back every year.” After that, he says, “Who knows? “But my health is good and I’d love to find new ways to contribute to somehow making the world a better place for others, particularly those most in need.”

Farewell celebration: The campus community is invited to celebrate Tim Leary’s contributions and service to Seattle University from 3:30 to 5 p.m., Tuesday, May 31, on the second floor of Sullivan Hall.