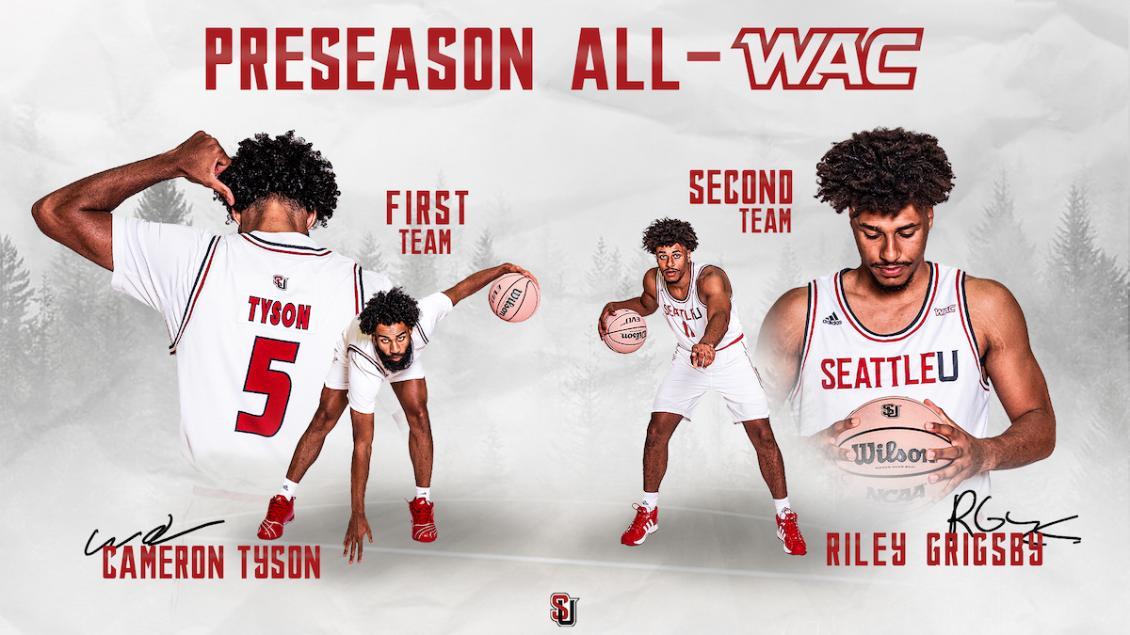 Cameron Tyson and Riley Grigsby have been named to the Preseason All-Western Athletic Conference Men's Basketball Teams, as voted on by the league’s 13 head coaches.

A redshirt junior guard, Tyson is the Redhawks’ top returning scorer, averaging 14.7 points to go with 5.2 rebounds per game in 2021-22. He earned Second Team All-WAC and WAC All-Newcomer Team honors at the conclusion of last season. He led the WAC in three pointers made (105) and attempts (279) and was 10th in the nation in three-point field goals per game (3.2).

Grigsby, a guard/forward combo, returns for a fifth season in 2022-23. He last earned Preseason All-WAC honors in 2021-22 and finished that season as a Second Team All-WAC selection, averaging 17.8 points and 5.2 rebounds per game. Last year, he averaged 12.8 points and 3.6 rebounds per game, while becoming the fifth SU player to reach the 1,000 career-point mark in the modern Division I era.

Season tickets for the 2022-23 season are available now. For more information, to make a deposit or to request information about courtside seating, contact the Seattle University Athletics box office at 206-398-GOSU or seattleutickets@seattleu.edu.