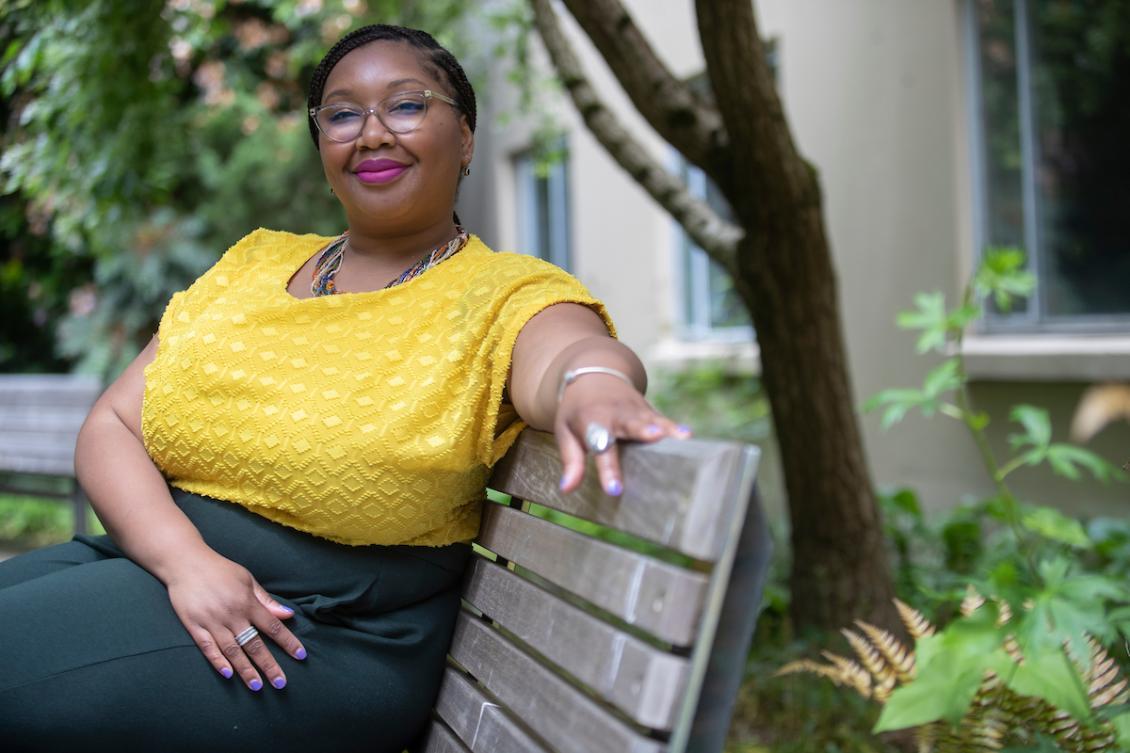 A large part of Dr. Paige Gardner’s story includes the role women of color have played in her advancement through the field of Student Development.

The path that led her to Seattle University—first as a graduate student and now as an assistant professor in the Student Development Administration program—began with mentorship at her undergraduate alma mater, where she was introduced to student affairs and higher education as a profession.

“That was exciting for me because I never considered pursuing a master’s degree,” says Gardner,’11.

Her undergrad mentor recommended SU’s Student Development program and Dr. Bridget Kelley, a professor in the department at the time. “After meeting Dr. Kelley and learning about what she does, I knew there was a natural connection to this program.”

While Dr. Kelly relocated to Loyola University Chicago before Gardner enrolled in SU, she did end up working with Kelly later while earning her PhD at Loyola and then as the university’s Assistant Dean of Students.

In 2021, Gardner returned to SU as an adjunct professor charged with designing and instructing the Diversity and Inclusion in Higher Education course. And just as she was falling in love with teaching in the classroom, her current scholar-practitioner role became available.

“I believe in God and I think this was ordained,” says Gardner. “The alignment happened. I taught the class and made some great relationships with students in the program, which is now becoming a staple course...”

As a queer, Black feminist scholar, Gardner continues to radically imagine the success of those on the margins of society. “Along with being a woman of color, my queerness is a huge part of who I am as well,” she says.

Much of her research centers on the experiences of women of color professionals who are navigating historically white institutions— “and what are the systems of support that we develop for ourselves,” she says.

“It’s also about creating research that affirms our marginalized experiences, so we don’t feel alone—that we feel empowered and disrupt gaslight culture in the workplace. There are instances where we’re told ‘this is an inclusive space,’ that we aren’t experiencing intersectional oppression or that our research is not rigorous enough. Luckily, I think we are moving in a direction where folks are becoming more aware about the marginalized experience and more intentional about creating space for, more avenues for research to be done and seen as legitimate.”

She sees a “powerful narrative in terms of the way we lift and climb that’s very specific to women of color who hold intersecting, marginalized identities when we are looking at race and gender together.”

That doesn’t mean everyone does it the same way or that every woman of color’s agenda is to lift and climb, she notes. “… I am specifically looking at how folks with intersecting marginalized identities survive and thrive in work environments that were not designed for them to do as such.”

Gardner has also dedicated an emphasis around Black feminist action research. “I get the opportunity to partner with women of color and shift the hierarchical relationship between the researcher and the participant and turn it into this co-creation experience, where my participants become co-researchers.”

SU’s Student Development Administration program reports more than 60 percent of its enrollment consists of students of color and six out of 10 students being first-generation in college.

The fact that her research centers on students’ lived experiences means they leave “feeling empowered in who they are by knowing what they are bringing,” explains Gardner. “It’s been such an important moment to come into this work right now because our students need that time for affirmation...”

While a grad student, Gardner worked as an Assistant Resident Director in the Xavier and Chardin/Murphy Apartments. “It was truly a joy … coming from an undergrad experience where I was seeking out support from a mentor, when I was in the assistant director role, I understood what it meant to be in the mentor roll and how serious it is—our modeling for students, day in and day out”.

That experience shaped her practice.

Some of the skills she brings to the classroom involves advising graduate students with the added element of professional coaching. Her practitioner skills bring a level of innovation: think unique guest speakers, assignments like podcast recordings and infusing elements of technology such as Padlet.

CARE FOR THE WHOLE PERSON

Gardner says the Jesuit hallmark of cura personalis transformed her journey on multiple levels. “… I’ve come to redefine the meaning of cura personalis and it’s really about caring for myself so that I can then care for others”— an understanding that developed during her 12 years of professional experiences.

“From what we see on TV to what we’re personally experiencing, we’re all carrying a lot. I think cura personalis must extend into the self so you can pour from a full cup as opposed to pouring from an empty cup.”

This story originally appeared in the Fall/Winter 2022-23 Seattle University Magazine. Read more stories like this in the issue.