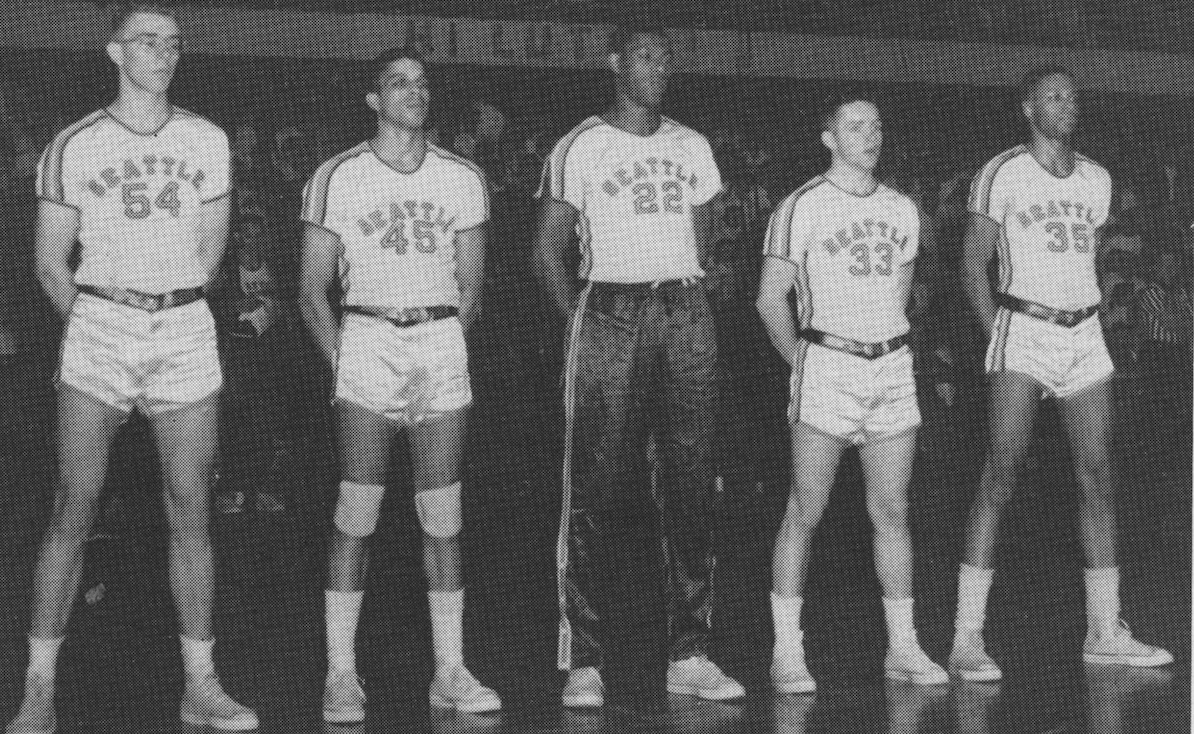 No Image Credit Provided
Charlie Brown (#45) standing alongside his teammates (including Elgin Baylor), from that remarkable 1958 season.

Charlie Brown, known affectionately as “Sweet” Charlie Brown, who was part of Seattle University’s venerated 1957-1958 team that made it to the NCAA Championship game—playing alongside Elgin Baylor and ultimately finishing second—died August 26, 2022, in Evanston, Illinois. He was 86.

Brown’s path to SU began when he was recruited by Coach John Castellani after spending his freshman year and the first half of his sophomore season at Indiana. Wearing #45, Brown was a strong player on the court and part of that magical SU team that went all the way to the NCAA Championship, falling to Kentucky.

The following year, Brown entered the NBA draft and was selected by Cincinnati. But instead of going pro he returned to his roots in Chicago after serving in the Army and playing semi-pro basketball.

Later he would go on to work as a high school referee and create the Windy City Senior Basketball League for older players.