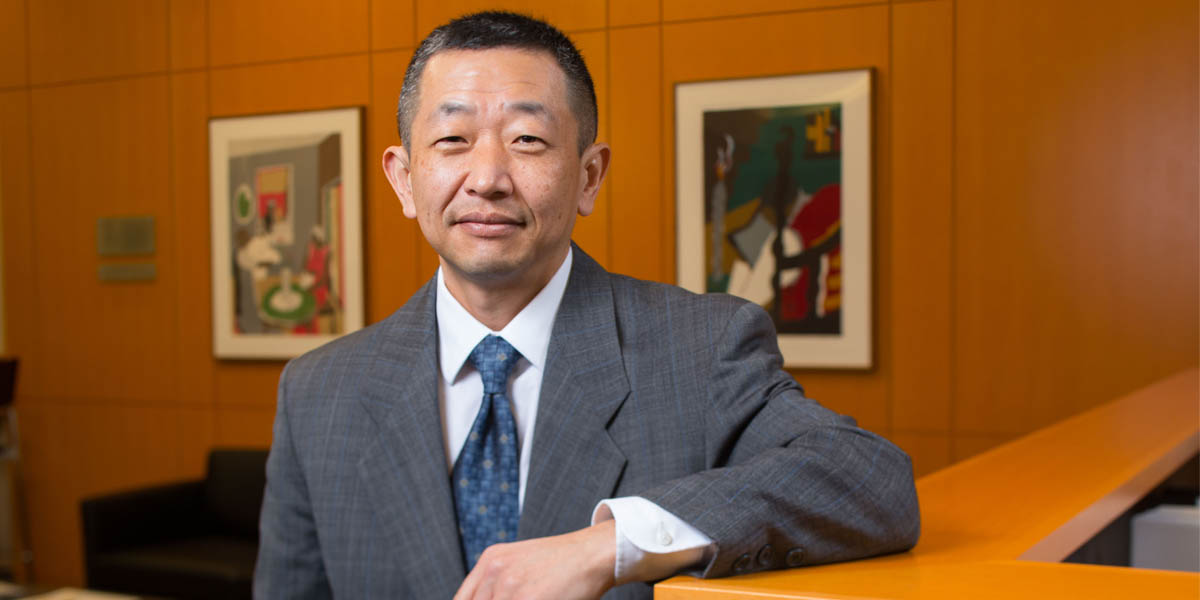 Robert Chang, professor of law and executive director of the Fred T. Korematsu Center, is the recipient of the university’s most prestigious faculty honor.

Named for Father McGoldrick, who died in 1983 after devoting 50 years of distinguished teaching and dedicated service to Seattle University, the fellowship is given to faculty who exemplify Fr. McGoldrick’s commitment to students and the values of the Jesuit educational tradition. It is the most prestigious honor Seattle University confers upon its faculty.

“Join me in congratulating and thanking Professor Chang for representing our university at its very best,” says Provost Shane P. Martin.

An accomplished civil rights attorney, Professor Chang has engaged in several efforts to combat racial discrimination and bias. Among other examples, he helped challenge an Arizona statute banning a high school Mexican American Studies Program and served as primary organizer of a task force on race and Washington’s criminal justice system, whose influential report was recently presented to the Washington Supreme Court.

He was the driving force behind the creation and the mission of Seattle University’s Korematsu Center for Law and Equality. Under his leadership, the center has become a national model for bringing research, advocacy and education together to fight racial inequities in the legal system.

Perhaps most importantly, through his classroom teaching and the work of the center, Professor Chang has trained countless new lawyers in civil rights advocacy and litigation, instilling in them the value of pro bono work and a commitment to social justice.

Among many other recognitions and distinctions, he has received the 2021 Kathleen Taylor Civil Libertarian Award from ACLU–Washington, the 2019 Derrick Bell Legacy Award from the Critical Race Studies in Education Association and the 2018 Community Service Award from the Latina/o Bar Association of Washington.

He co-edited Minority Relations: Intergroup Conflict and Cooperation, authored Disoriented: Asian Americans, Law, and the Nation-State and has written numerous articles, book chapters, essays and op-eds. Matching the abundance of his scholarly works is their influence in effecting change and making progress toward racial justice.

In the center, the classroom and the courtroom, Professor Chang is making a difference and helping create a judicial system and society that is more equitable and just.