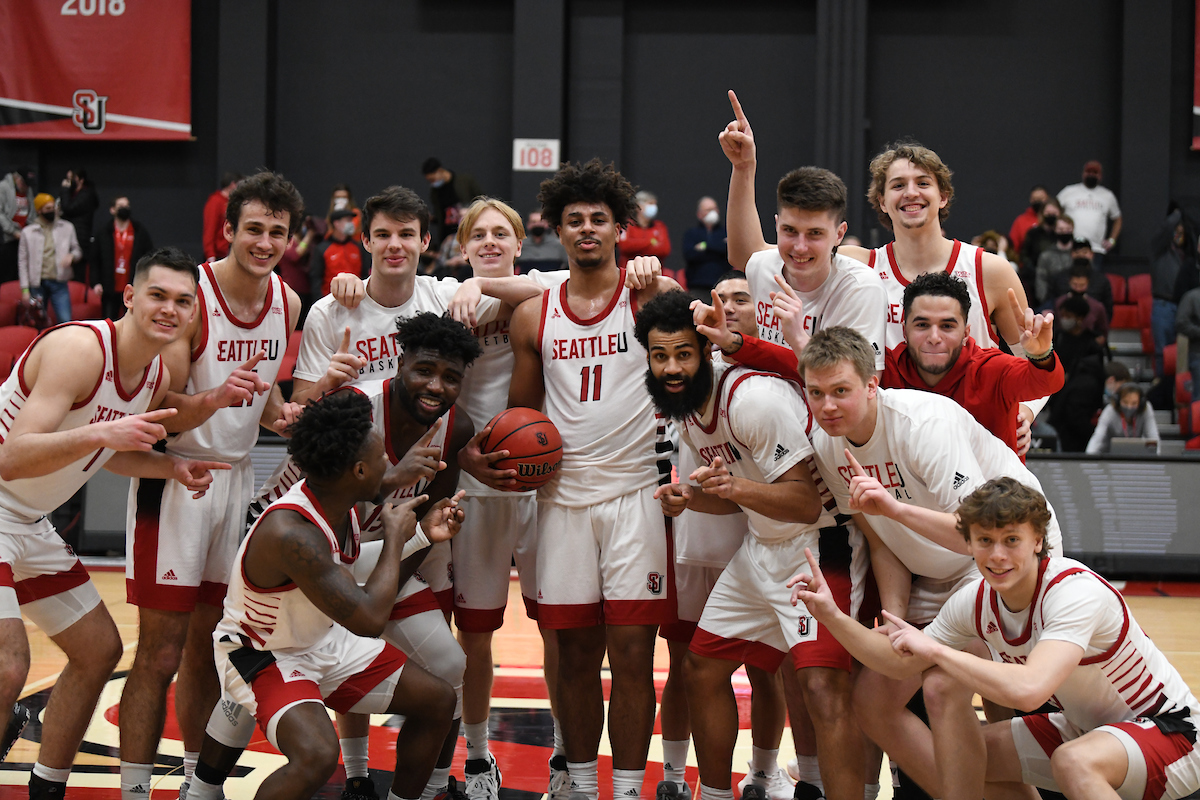 For the first time in school history, team is undefeated in the WAC.

Behind a dominant second-half performance, Seattle U men's basketball won its ninth consecutive game and maintained its hold on first place in the Western Athletic Conference standings with a 78-63 win over visiting Sam Houston January 29 at the Redhawk Center.

In a showdown between the league's top two teams in the standings, the Redhawks overcame a 19-point first half deficit and routed the Bearkats in the second half, outscoring the visitor 48-24 in the frame, to move to 8-0 in the WAC and 17-4 on the season. Sam Houston saw a six-game win streak snapped as they fell to 13-10 overall and 8-2 in league play.

"Sam Houston came out on fire. They are a really, really tough, well coached team and there's a reason they came in 7-1 in WAC play," said Interim Head Coach Chris Victor. "We weren't ready to go early and we were close to getting blown out of our own building today. But we cut it to nine before halftime and the guys continued to believe and stay together. This is a special group and they keep proving it day in and day out."

There are still opportunities to be part of the excitement as you cheer on the Redhawks at home. The team plays its next home game Feb. 10 at Climate Pledge Arena.

For more on the team, including coverage of this most recent win, visit GoSeattleU.com.