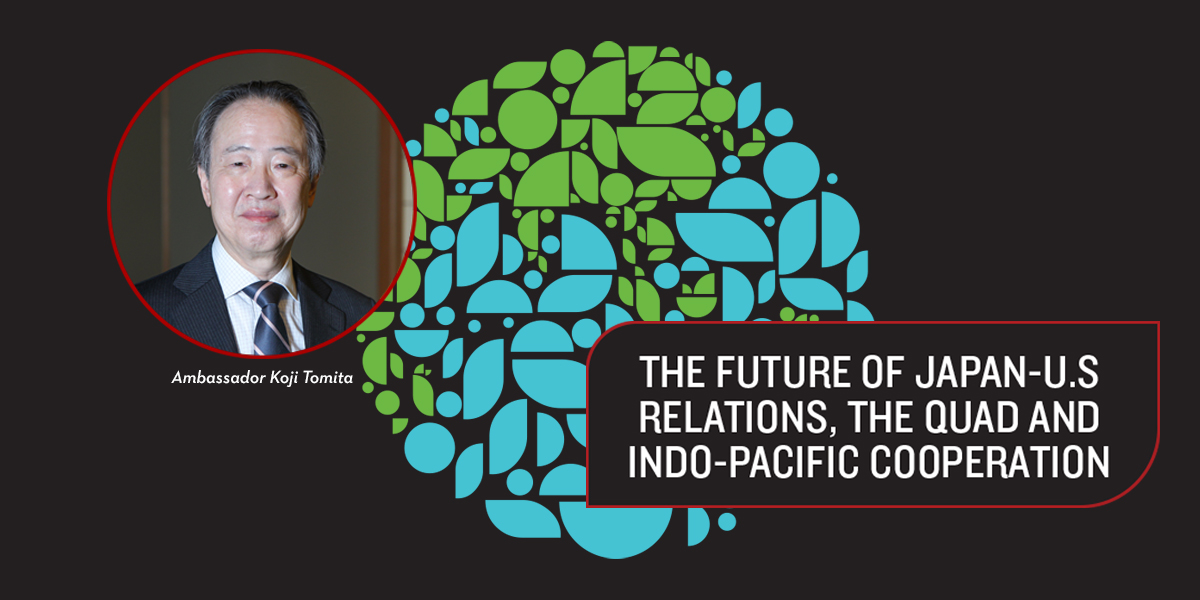 The Ambassador of Japan to the United States will visit Seattle University to discuss in detail the present and future of Japan’s relationship with the U.S. and the larger Indo-Pacific region.

Koji Tomita, Ambassador of Japan to the United States, will visit Seattle University June 30 at an invite-only speaking engagement to discuss U.S.–Japan relations and the renewed focus on the Indo-Pacific region showcased in the Indo-Pacific Economic Framework (IPEF). Ambassador Tomita’s remarks will take place in the Oberto Room of the Jim and Janet Sinegal Center for Science and Innovation, 11 a.m.–noon.

In a statement, the Consulate General of Japan in Seattle, an integral partner in bringing Ambassador Tomita to SU, is hopeful attendees will gain a deeper understanding of the issues facing the U.S. and Japan.

“The Ambassador hopes the audience may gain a deeper understanding of Japan-U.S. relations and the various ways in which our two countries, and our allies, are cooperating to face common challenges. Furthermore, (Tomita) hopes attendees may come to see themselves and this region as vital actors in this alliance and be encouraged to further our robust relationship at every level, from grassroots cultural exchange to scientific and technological innovation.”

“We are honored to host Japanese Ambassador Tomita on our campus, especially because Seattle is a major global gateway. Events such as these with high level international officials bring prestige to our university and city. Our unique location in the middle of the city makes Seattle university an optimal location for bringing people together, which facilitates communication, understanding, and cooperation.”

Melore Nielsen, vice provost for Enrollment Management at Seattle University, explains that the Ambassador’s visit is an example of the university’s commitment to its strategic directions, including strengthening professional formation for all and enhancing the student experience.

“Seattle University is rapidly rising in its global stature and significance in tandem with the city of Seattle. Hosting the Ambassador of Japan is a clear indication that Seattle University is ready and willing to take its place as a leading private institution in the Pacific Northwest and the global stage,” she says. “The natural result of hosting international leaders is the development of deeper ties between our region and theirs through international educational exchange.”