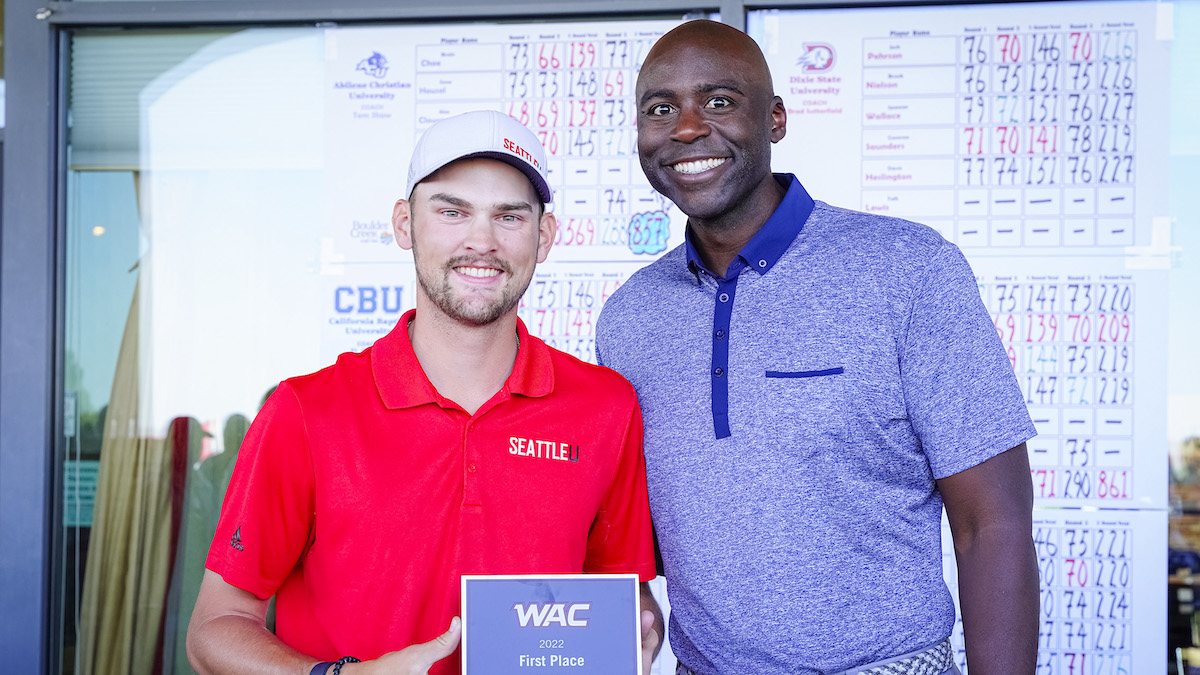 First Redhawk ever to claim the award, earning a spot in the NCAA regional.

Seattle U men’s golf senior Nathan Cogswell claimed medalist honors at the 2022 Western Athletic Conference (WAC) Championships, finishing with a three-round total of nine-under 207 (73-67-67). Cogswell becomes the first Redhawk ever to claim the award and punches his ticket to an NCAA regional.

“A huge win for Nathan,” said Head Coach Marc Chandonnet. “He has been knocking on the door for years and although the road was difficult, he got hot at the right time to earn his first individual victory.”

Cogswell posted back-to-back season low rounds of five-under 67 to take the individual title by two strokes. The Kent, Wash., native was one of the best in the field from the par three and four, tying for first in par four scoring (two-under) and average (3.93) and tying for third in par three scoring (one-under) and average (2.92). The senior ties the all-time record for low 36 hole total (134) through converting 12 birdies and only bogeying twice over this span.

Read on for more about Cogswell and men’s golf.