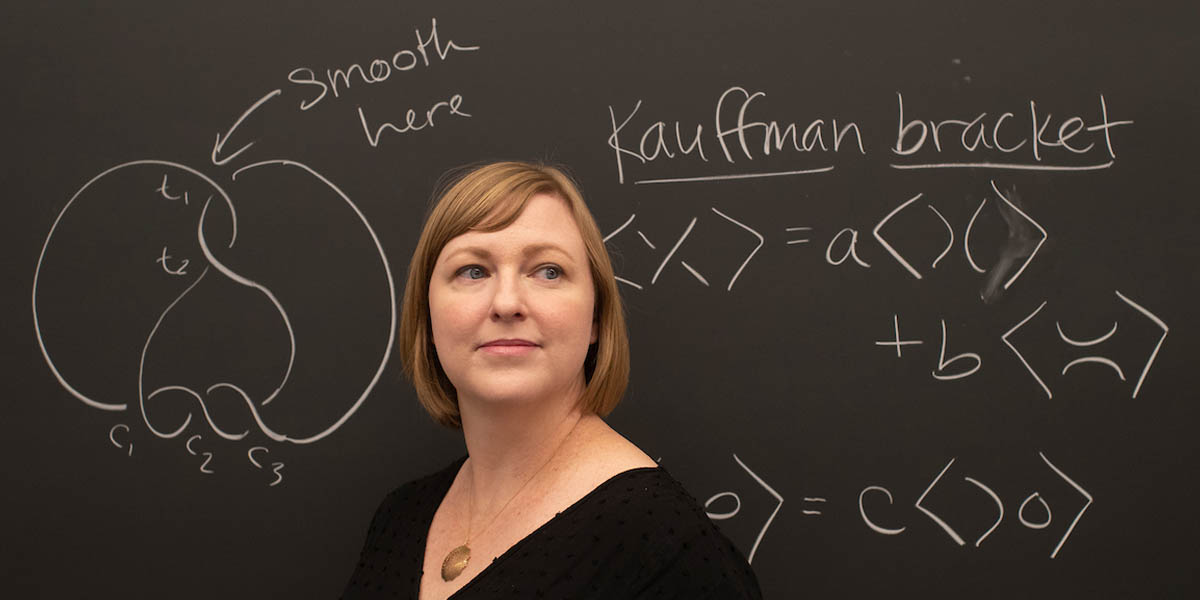 Allison Henrich, PhD, discusses her latest editing work and insights on why struggling with math is so common in our society.

Alongside three other mathematicians, Henrich edited the stories of 41 authors who contributed to the book. Each personal account is “intended to provide support and inspiration for mathematics students experiencing struggle and despair,” as described by the Mathematical Association of America.

“The book ended up serving two purposes: helping people not feel alone for having totally normal and reasonable struggles and also kind of a call … for the math community to change its practices to eliminate some of the barriers [related to sexism, racism and elitism] that don’t need to be there for people,” explains Henrich.

Henrich sees the prize as an indication of the book’s impact. She compares it to writing a math research paper, where it’s uncertain if the work is affecting readers.

“… If we didn't have such a diverse group of people sharing stories on a diverse group of topics, I don't think it would have been as successful, so we're super grateful to everyone who agreed to write for the book,” says Henrich, who is also a co-editor of The Encyclopedia of Knot Theory.

Henrich’s award-winning writing led to invitations to edit for journals and other smaller publications. These works gave her more opportunities to develop her editing abilities. She currently edits MAA FOCUS, the news magazine of the Mathematical Association of America.

“I feel like I’m still learning a lot, because editing math books … is really different from editing narratives or stories,” she says. “It's all editing, but it requires different skills for each of the different settings. I think the only way to develop those skills is by having someone throw you in and say, ‘Give it a try.’”

Henrich came upon her math career first as an undergrad Philosophy major due to her interest in logic. “It was a natural link with math. I really like studying logical arguments and the structure of arguments. The same tools that you use for logical reasoning in philosophy are totally applicable in math.”

As Henrich sees it, math could and should be more accessible. “Math is way more interesting, beautiful and applicable than people really understand. It’s not their fault—our education system isn’t set up to teach math in a way that involves creativity and different kinds of interesting applications and fun puzzles.”

Henrich recognizes part of the reason it’s not set up that way “is because … it’s a self-perpetuating cycle of people thinking math is this really limited, boring, difficult thing. And it’s really so much more.”

“I think there’s a big gap between the perception of what math includes and all the different skills that people could bring … that would help us learn more about the world. It’s so much broader than people know. It’s really a shame that we lose so many people because that’s not communicated and creativity in math classes isn’t as encouraged as much as it should be.”

Another misunderstood approach is the emphasis on solving problems quickly. “Most mathematicians wouldn’t think of that as being a virtue. In fact, it’s more virtuous being able to sit with a hard problem that’s going to take a long time and not give up on it, than just being able to do it correctly really quickly. So, I think that’s a negative thing about the way math tends to be taught.”

Learn more about Living Proof: Stories of Resilience Along the Mathematical Journey: https://www.maa.org/press/ebooks/living-proof-stories-of-resilience-along-the-mathematical-journey-2.

To submit a story to The Living Proof blog, visit: https://www.mathvalues.org/livingproof.