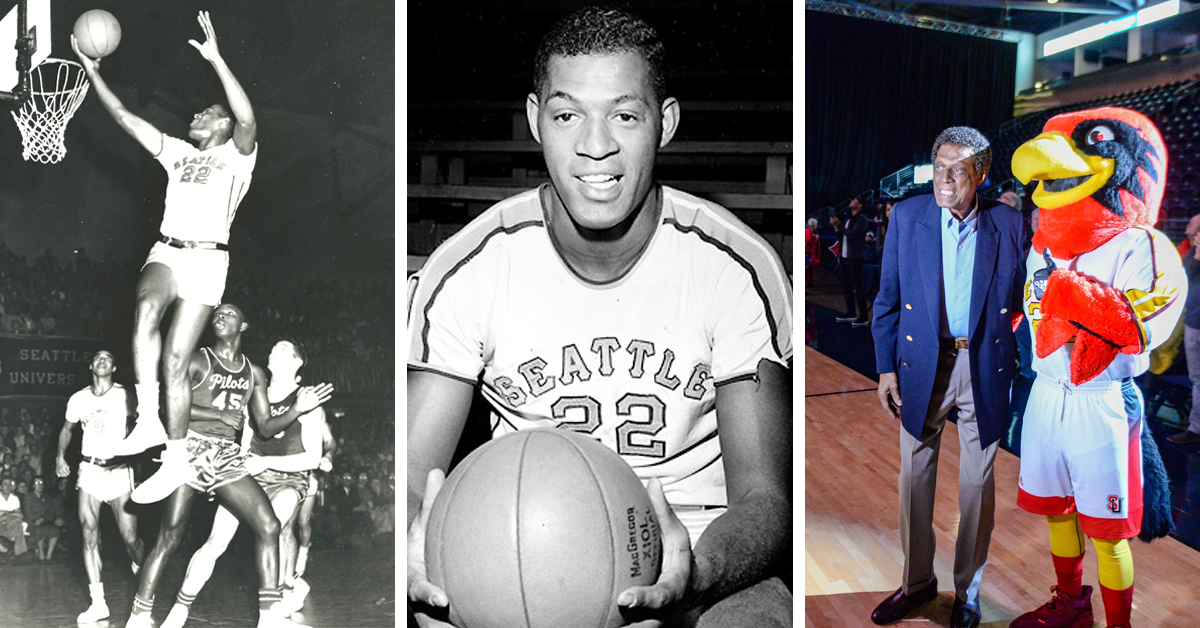 Basketball great Elgin Baylor, who led the Seattle University men's basketball team to the 1958 NCAA championship game, passed away at the age of 86.

The LA Lakers announced that Baylor died on March 22, 2021, of natural causes in Los Angeles with his wife, Elaine, and daughter Krystal by his side.

Born September 14, 1934 in Washington, D.C., Baylor played one collegiate season at the College of Idaho before transferring to Seattle U to compete in both the 1956-57 and 1957-58 seasons. He led the 1958 Seattle U men’s basketball team to the NCAA title game, earning Most Outstanding Player honors even though Kentucky won that championship contest.

“Our thoughts and prayers are with the Baylor family at this time,” said Director of Athletics Shaney Fink. “One of the greatest basketball players of all time, Elgin led Seattle U to its first ever NCAA Championship game in 1958. Throughout and beyond his illustrious career as a player, coach and general manager in the NBA, Elgin kept close ties to the city of Seattle and his alma mater, Seattle U. Elgin possessed an exceptional personality and warmth, and an admirable generosity. We will be forever grateful for the impact he has had on Seattle U Athletics and our student athletes.”

Following his junior season, Baylor was drafted No. 1 overall by the Minneapolis Lakers in the 1958 NBA Draft and began a professional career that included 11 All-Star Game appearances, a spot on the NBA’s 50th anniversary team and an induction into the Naismith Memorial Basketball Hall of Fame in 1977.

A Seattle U Athletics Hall of Fame member, his No. 22 jersey has been retired by both Seattle U and the Lakers.

In 2009, Seattle U named its basketball court at KeyArena the “Elgin Baylor Court.” Seattle U has also hosted an Elgin Baylor Classic, often welcoming back Elgin and Elaine Baylor as part of the annual celebration.

Visit this photo gallery honoring Elgin throughout his career.