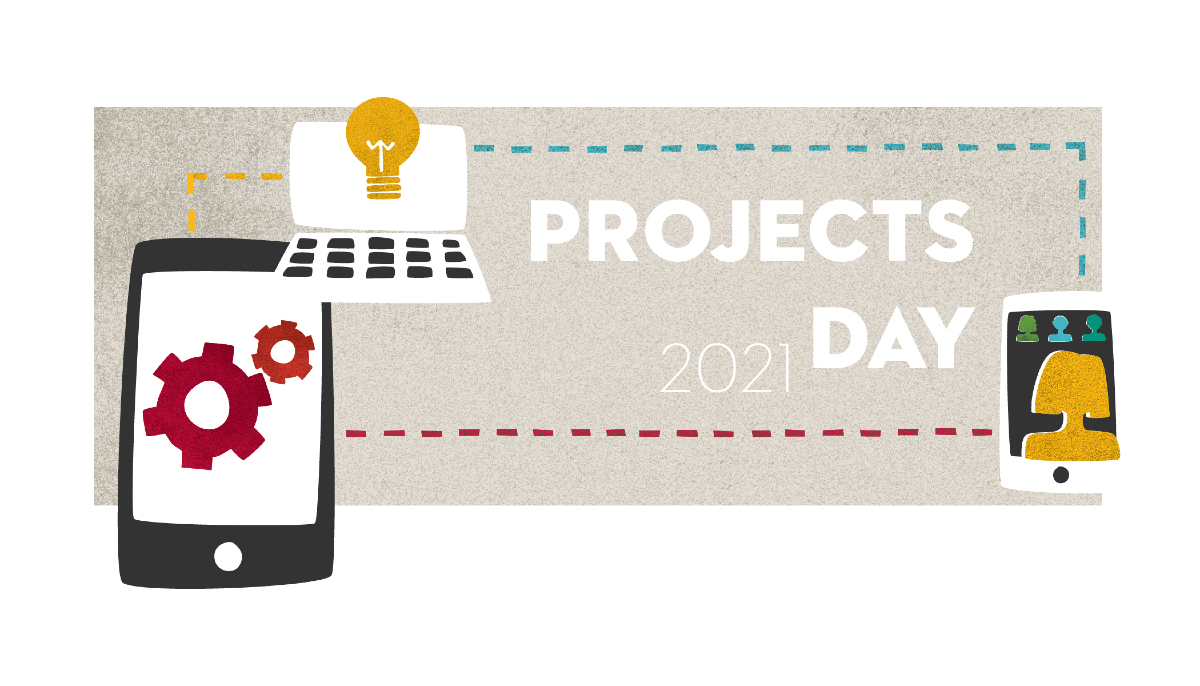 Another successful year of senior capstone projects and Projects Day is on the books, made even more notable for being completed almost entirely remotely due to COVID-19.

“The resilience and creativity of these student teams demonstrates their ability to apply their educational experiences in a professional context and their formation as responsible engineers and scientists,” says Jean Jacoby, PhD, associate dean of the College of Science and Engineering and Project Center director.

The 34th Projects Day featured 160 students from 41 teams presenting projects sponsored by 35 industry partners, 14 of which were new. The event is the culmination of students’ work with the Project Center, which partners with businesses, government agencies and nonprofit organizations that provide real-world assignments for student design teams.

Video replays of the Projects Day presentations and the booklet that summarizes the capstone projects can be found here.

“We are grateful to the companies, government agencies and nonprofits who partner with us to make possible this important, award-winning educational experience,” says Michael Quinn, PhD, dean of the College of Science and Engineering. “As we end the 34th year of the Project Center in the midst of disruptions due to the pandemic, we would like to give special thanks to the sponsor liaisons, faculty advisors and staff who provided unfailing support to the student teams in the completion of their projects.”

Here is a sampling of some of this year’s projects:

16 Psyche is an asteroid that orbits the sun between Mars and Jupiter. Unlike other asteroids, Psyche is hypothesized to be made of metals like iron and nickel. Scientists have pondered whether Psyche could be the core of an early planet whose outer layers were stripped away by a violent collision billions of years ago. Understanding how Psyche came to be will also help researchers learn more about our own planet’s core. To learn more about Psyche, physical samples must be extracted from the asteroid’s surface. This project tasked  students to design a sampling system for a hypothetical future mission. The system must include a method for collecting and for storing samples from Psyche’s surface. The Seattle University team developed two sampling solutions that take metal and rock samples from Psyche’s surface to be examined back on Earth.

Sound Transit requires testing for a new tensioning system for the overhead wires that deliver power for light rail trains. There are two overhead wires that must be maintained at a constant tension. Currently, tension is maintained using a 3,500 lb. counterweight system. Sound Transit plans to replace the counterweight with a spring-tensioning device. This provides a safe alternative with lower maintenance costs. Sound Transit tasked the team with identifying the specific tensioning device and verify that the device can supply the required tension under different weather conditions. The team developed mathematical models of the spring-tensioning device to evaluate its performance under dynamic loading.

Kenworth is preparing for significant change to their industry with the development of driver automation and assist technology. Kenworth tasked the team with developing an automated system that can accurately predict the minimum turn radius of a Kenworth T680 tractor-trailer in varying weather conditions. Turning radius is affected by road conditions and the vehicle’s loading, tire-wear, suspension stiffness, geometry and speed. These factors combine to make the radius of each turn unique and hard to replicate. The team’s design solution predicts the ideal minimum turning radius for the known conditions at the entrance to a turn, provides real-time feedback for the vehicle’s progress relative to the minimum turning radius during the turn and recommends any necessary course corrections. An optical sensor network uses image recognition and edge detection to inform the model of the vehicle’s actual location along the turn-path. The reactionary system developed may first be implemented as a driver assistance tool on current Kenworth models and has the potential to be used in future higher-level automation project.

Poder Joven Foundation is a nonprofit dedicated to providing disadvantaged children in Medellin Colombia with a safe environment to grow and learn. Currently, Poder Joven is operating out of two daytime facilities and is looking to expand their outreach through a new, third full-time/overnight facility. The team was tasked with the structural and architectural design of a 13,000 square foot, two-story reinforced concrete building. The building was designed in accordance with the local Colombian code and further verified with American standards. Deliverables for the project included architectural and structural drawings as well as a calculation package, material quantities and a final report.

Jonathan Patten’s use of modern hearing aids has given him an appreciation for the ability to seamlessly switch between listening to Bluetooth audio and his surroundings. Seeing market potential, he patented a concept for multifunctional earbuds with the same features. These would allow any user to control what they hear with the push of a button. The team was tasked with developing this concept into a physical prototype. Mechanical and electrical engineering students worked in tandem to develop hardware and the casing to contain it. An embedded Bluetooth platform was selected, microphone drivers were developed and both mockup and functional cases were designed.

The Black Farmers Collective requested the team to design a renewable off-grid electrical system to power loads such as fans, water pumps and security lights in their Yesler Farm greenhouse. Currently, the farm is not connected to the electrical grid, which is a significant limitation to fully utilizing the greenhouse. With an off-grid electrical system, the Black Farmers Collective will be able to grow quality produce at a faster rate. After careful consideration of different energy sources, a solar photovoltaic array was selected to power the greenhouse. A load profile detailing the average daily energy consumption of each load was developed. The design takes into consideration the shading from nearby buildings and trees, reduces the risk of theft and meets the required electrical codes in the region. The design is within the given budget of $15,000, including installation and maintenance costs. The off-grid solar system uses a backup generator and batteries to support any unmet electrical load.