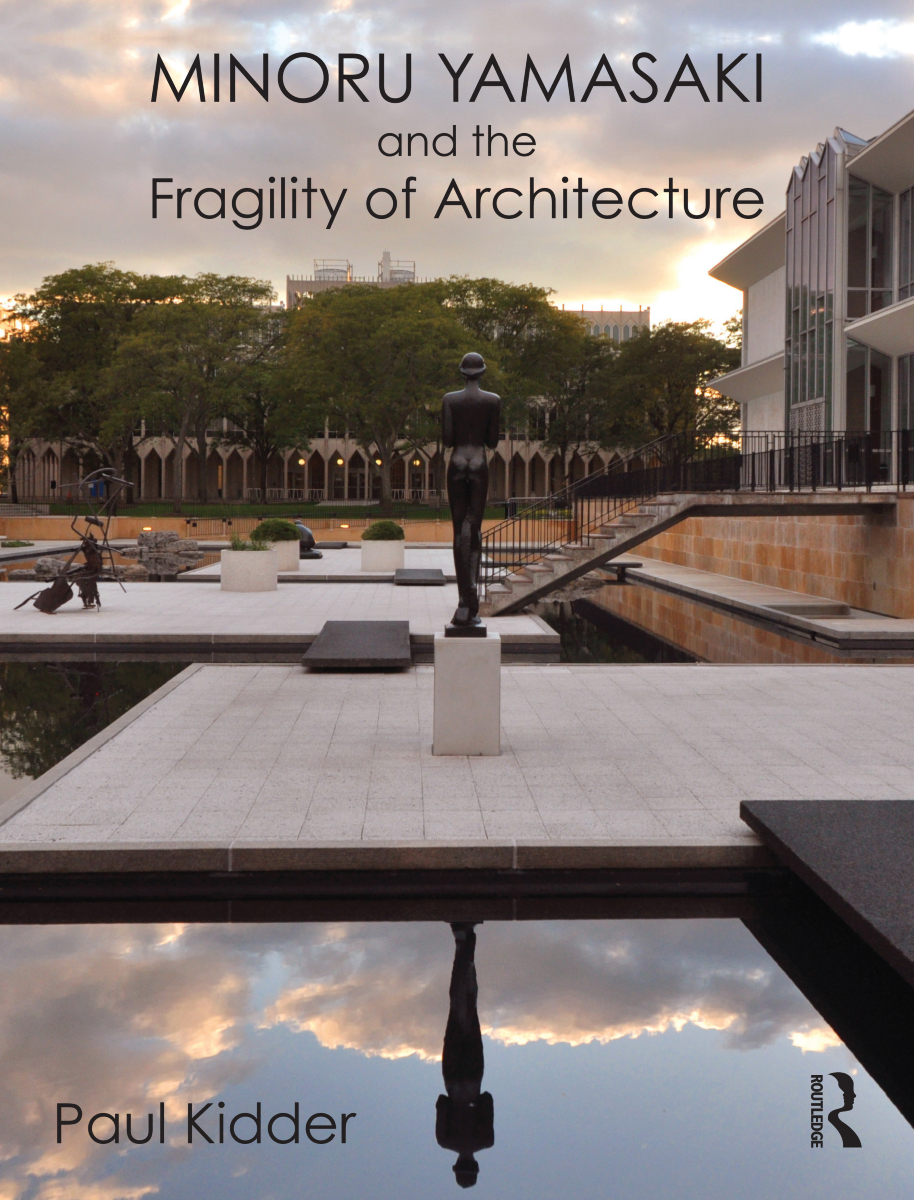 As the nation approaches the 20-year remembrance of the terrorist attacks of September 11, 2001, and the destruction of the World Trade Center’s Twin Towers, Seattle University philosophy Professor Paul Kidder, PhD, has written a new book on the Trade Center’s architect, Minoru Yamasaki.

Published by Routledge, Minoru Yamasaki and the Fragility of Architecture will be released on August 10.

Kidder says the book seeks a deeper understanding of the architectural intentions that guided Yamasaki’s career, including in the design of the World Trade Center, “which Yamasaki meant to be a symbol of peace, but which came to mean many things for many people, including for some, the opposite of peace.”

Yet Yamasaki’s story, as a Japanese American succeeding amid prejudice and economic hardship, is a fascinating one—partly due to his pursuit of unique artistic ideals but also because of the intersection of his work with defining moments of 20th-century history.

“I have called Yamasaki America’s most famous forgotten architect, intimately known through shared grief over 9/11, but with relatively little name recognition and limited attention from scholars of architecture,” says Kidder.

Encounters with his buildings and through his studies of architectural theory as a professor of philosophy at Seattle University drew Kidder to Yamasaki’s story. The book, as a result, includes theoretical reflections on both the fragility and beauty in architecture—not only its vulnerability in the face of violence and nature’s forces but also in Yamasaki’s pursuit of an elegant and serene style meant to inspire feelings of peace and wholeness.

The publisher’s noticed has a “preview this title” button where you can read the first chapter of Minoru Yamasaki and the Fragility of Architecture: https://www.routledge.com/Minoru-Yamasaki-and-the-Fragility-of-Architecture/Kidder/p/book/9780367629526.

Minoru Yamasaki and the Fragility of Architecture