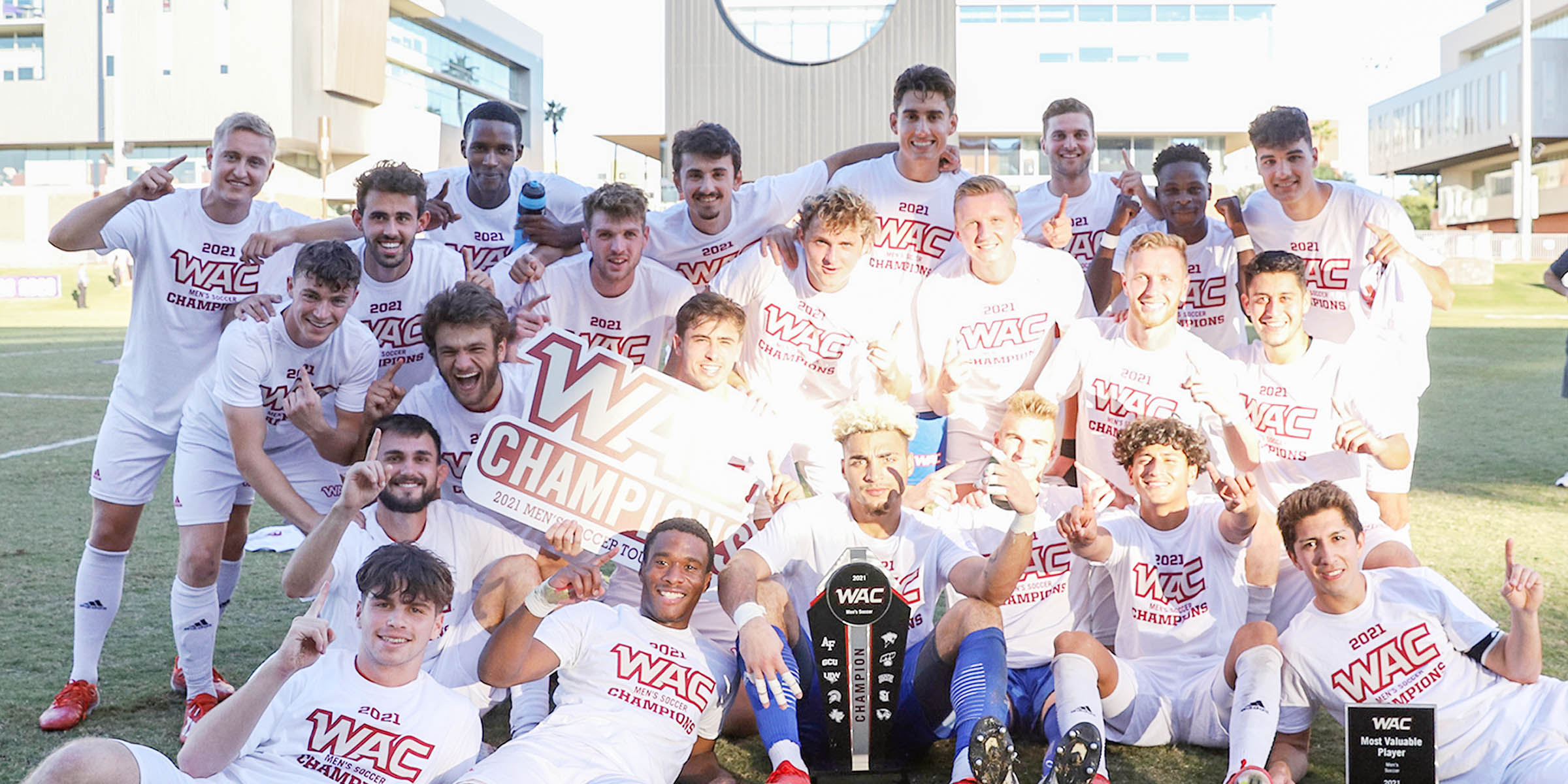 Seattle University men’s soccer will face the Portland Pilots in the first round of the 2021 NCAA Tournament after winning its fifth Western Athletic Conference (WAC) Tournament Championship on November 14. The game against the Pilots is scheduled for November 18 at a time to be determined.

The Redhawks (13-7-1) mounted two comebacks over the weekend against Air Force and Grand Canyon to win the WAC title. On November 12, the Redhawks found themselves down 3-2, with just under four minutes remaining against Air Force when Levonte Johnson scored a great individual goal and James Morris won the match with 17 seconds left.

The championship match two days later was even more dramatic as SU was down 2-0, with a little over three minutes remaining against Grand Canyon when Sam Tessler and Noe Meza scored about one minute and 30 seconds apart to bring the match to 2-2. SU went on to win the tournament title in penalty kicks as Akili Kasim saved two and the Redhawks converted on all of their attempts.

Meza scored two goals in the two tournament matches, winning the WAC Tournament MVP award. Johnson, Morris and Hal Uderitz were all also named to the WAC All-Tournament Team as they combined for three goals and one assist over the two matches.

“It was a great team win,” said Head Coach Pete Fewing. “Our guys were clutch and Akili was fantastic. I couldn’t be more proud of our team.”

Four members of the Redhawks were named to All-WAC regular season teams. Kasim and Declan McGlynn were voted onto the first team as the latter led SU in goals with eight and the former started all 19 matches in net, averaging .91 goals and posting five shutouts. Johnson was a member of the second team, while Campbell Strong was named to the All-Freshman Team.

Learn more about the upcoming game and the team at GoSeattleU.com.