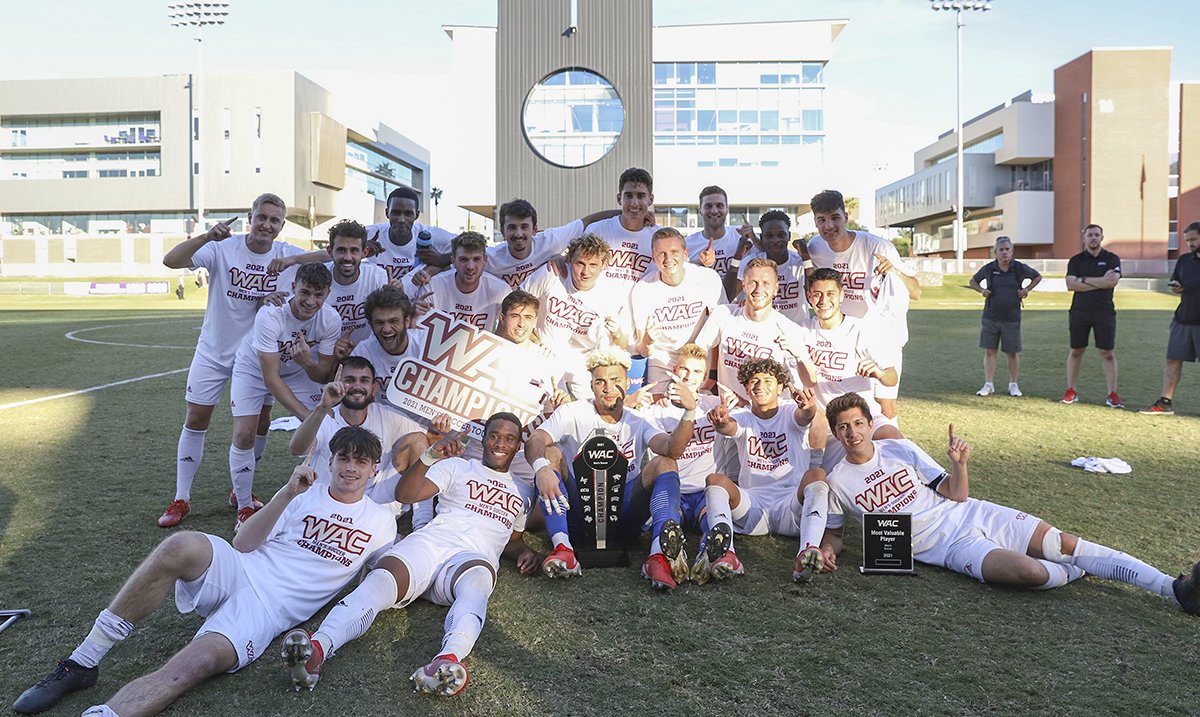 Seattle University men's soccer won the 2021 Western Athletic Conference (WAC) Tournament, advancing past Grand Canyon, 4-3 in penalty kicks, on Sunday afternoon. Akili Kasim made the game deciding penalty kick save that won the match for Seattle U at GCU Stadium.

"It was a great team win," said Head Coach Pete Fewing. "Our guys were clutch and Akili was fantastic. I couldn't be more proud of our team."

Seattle U found themselves down, 2-0, with under four minutes remaining. Sam Tessler started the comeback with a header off a perfectly placed pass from James Morris who recieved the ball off a corner from Peter Kingston in the 87th minute. Noe Maza then equalized the match in the 89th minute off a wonderful free kick about 10 yards outside the box. Kasim made seven saves throughout the match.

"Both goals were great," said Fewing. "Noe was locked in for that final free kick and I've seen him hit that shot plenty of times."

In penalty kicks, GCU scored on its first attempt but James Morris tied it at 1-1 on a composed finished. Kasim saved GCU's second penalty and then Hal Uderitz put the Redhawks in front. Both teams would trade two successful penalty kicks before Kasim ended the match, saving GCU's fifth penalty.

After the match, Meza was named WAC Tournament MVP. Levonte Johnson, Morris and Uderitz were all named to the WAC All-Tournament Team.

The 2021 NCAA Tournament Selection Show will air tomorrow at 10 a.m. Pacific on NCAA.com. The first round begins on Thursday, Nov. 18. Visit GoSeattleU.com for more details on the Redhawks' appearance in the NCAA Tournament.