Jesuit Legacy and Leadership: In His Own Words 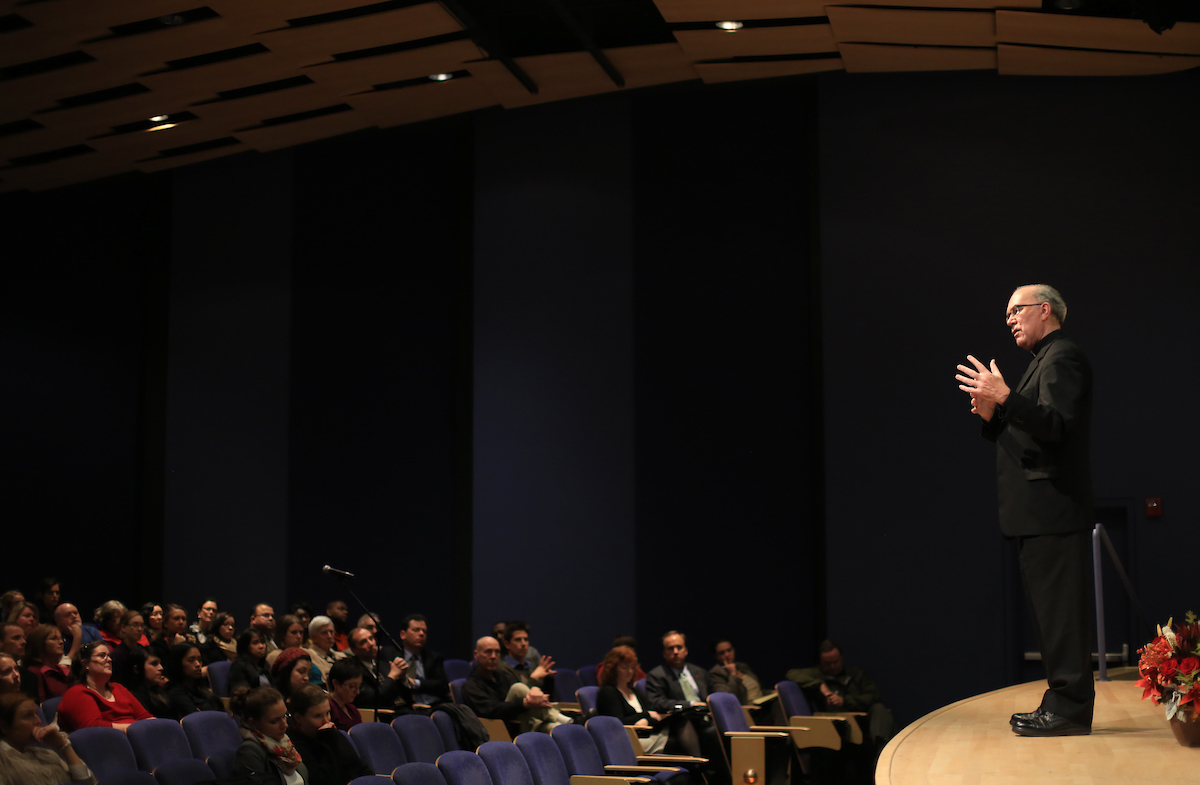 Over the course of his 24 years as President of Seattle University, Stephen V. Sundborg, S.J., has thoughtfully penned a vast assortment of writing.

Through his homilies, speeches and letters, Father Steve has a long history of reaching out to the campus and greater community through thoughtful, purposeful writings. In Part III of this series honoring his work and contributions to the university, the following is a look back on notable excerpts that exemplify Fr. Sundborg’s Jesuit legacy and leadership:

“The Fifth Act: Hope” (2nd Sunday of Advent) | December 8, 2013
“I believe, coming closer to home to this Catholic and Jesuit university, that to live with hope means to trust that our alumni carry out God’s mission of hope, which inspired them in their years on this campus, and to believe—sometimes against appearances—that our cherished current students will have a ‘future full of hope’ and that they will join with God in transforming and recreating a world beyond our own God-inspired efforts.”

“A Jesuit University President’s Personal Lessons on Leadership” (speech for Seattle Rotary #4) | September 6, 2017
“My first lesson is in my mind the core of all leadership. It is the integration of what I call the ‘I’ and the ‘it’ of leadership. The ‘it’ is the set of responsibilities, the demands of the position, the thousands of expectations of others all around about what you should do and how you should do it and who you should be. There is no leadership without an ‘it’—we can’t avoid it. But if we live only into that ‘it’ we are trying to live others’ lives, others’ expectation. It is not firsthand living; it is secondhand—not your life, but theirs.”

“Seattle University At 125 years: Harvesting Hope from Our History” | Seattle University Magazine, Winter 2017
“My…harvesting of hope to shape our next quarter century comes from who has carried the charism and the character of the university. It is the community leaders who formed our boards and who took over responsibility, especially for the financial viability of the enterprise, while leaving the educational dimension to the Jesuits and their colleagues.
“Seattle University has a very bright and creative future because there are now many more people and more deeply informed and experienced people who are carrying our charism. I am thrilled as I imagine what this new way of being vibrant and impactful as a Jesuit university will be 25 years from now.”

Seattle-King County First Citizen Award Banquet | May 23, 2019
"Imagine being a Catholic priest and … a Jesuit … and to be not just a university president but the president of this independent, value-laden university in the heart of and in service to this great city and region. Yes, I have the best job and it is the job that places me at the service of the city and county. So, in honoring me, you honor our Catholic community, the Jesuits and Seattle University … I believe you put our citizens first because our Church, the Jesuits and Seattle U puts those citizens first and will always do so."

President’s Welcome | September 20, 2019
“Jesuit education plus Seattle equals Seattle University and especially Seattle University’s future. They are our two greatest strengths which make us distinctive, strong, attractive and confident. Everything turns around these foundational and structural endowments. We should explore ever more deeply and creatively in choosing our distinctive future what Jesuit education today means and asks of us and what the opportunities of Seattle offer to us. There’s the foundation upon which we will build the future.”

In Part IV, the final installment, we look back at Father Steve’s presidency in pictures.