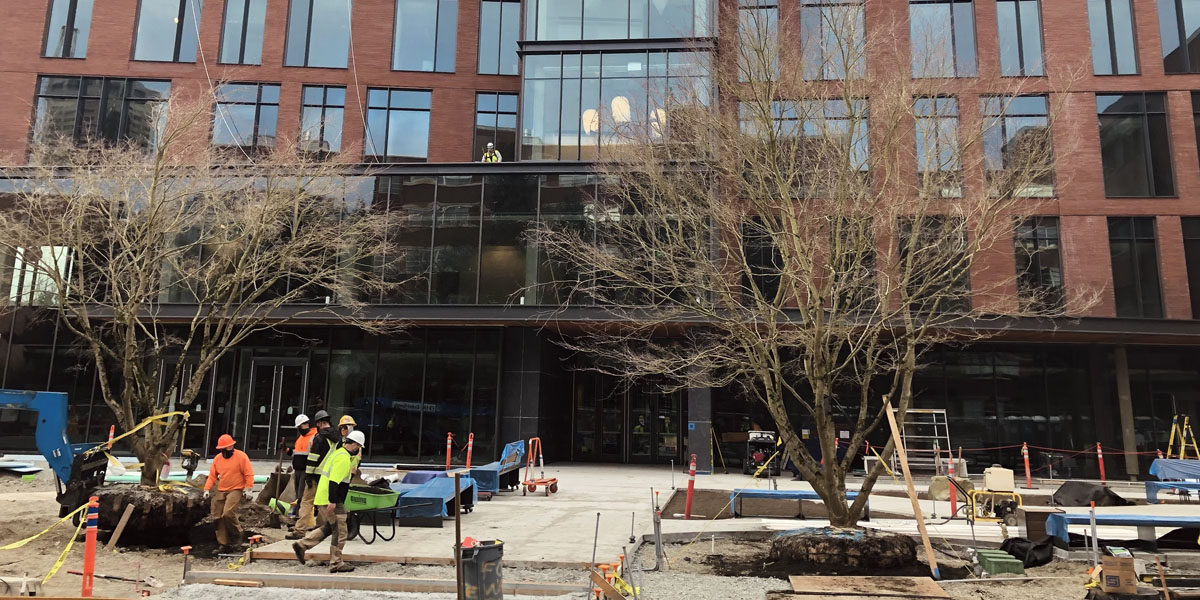 Seattle University’s relationship with acclaimed Japanese American landscape architect Fujitarō Kubota dates to the close of World War II when he designed gardens and landscaping for the campus to help tie together its disparate buildings in the early days of the current Capitol Hill location. Over the years Kubota-designed spaces were developed in eight locations across campus, including many venerable trees with historical significance linked to Fujitarō and the Kubota family.

The years have also seen more buildings added to campus and, in the case of the new Jim and Janet Sinegal Center for Science and Innovation, a need to relocate the Kubota-designed garden that was located in front of the former University Services Building to make way for the new construction. Several trees and boulders were relocated to the Union Green in December 2019.

Here is how the garden is described by the Seattle U Grounds and Landscaping department: “Here is a fine example of the subtle brilliance of Kubota’s style. A rich visual feast, but still very restful to the eye. One of the few remaining Bloodgood Maples on campus in the circular garden at the west entrance. The Marion Street side of this landscape was renovated by Allan Kubota in 2004 and a large Japanese weeping maple was added.” 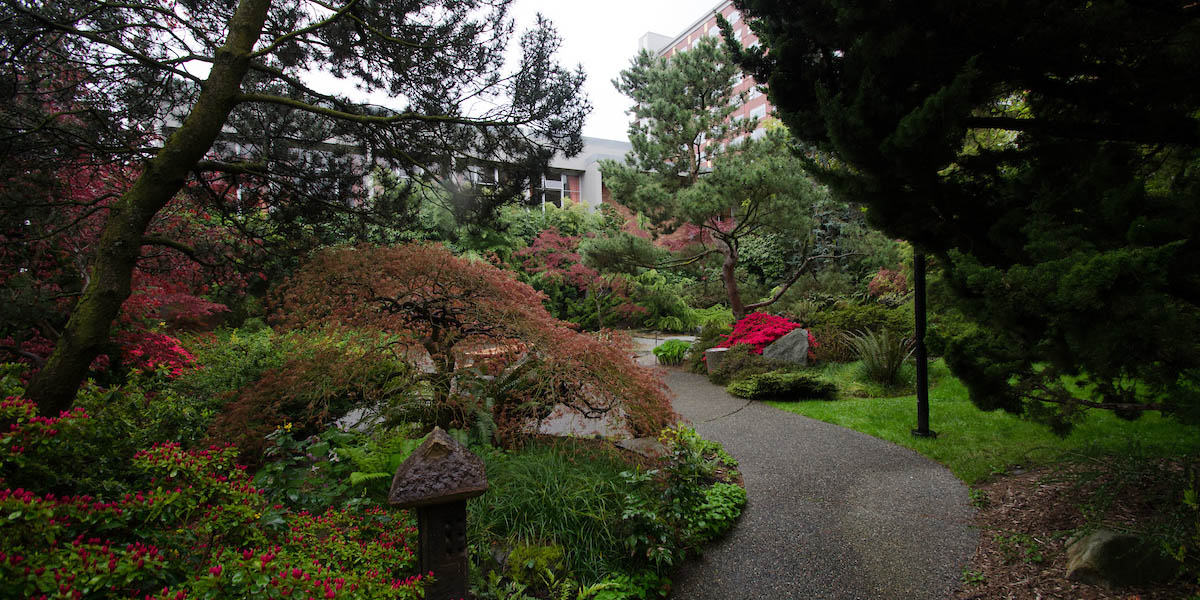 Four Kubota legacy trees and two other salvaged trees, along with the boulders, are back in a new home, the Kubota Legacy Garden, located on the northwest side of the Sinegal Center. Allan Kubota, Fujitarō’s grandson, consulted on the new garden.

“The garden is being created with trees and stones originally set by the Kubota family in a setting we hope is evocative of the Kubota landscape design style,” says Lara Branigan, director of Design + Construction.

Jason Wirth, PhD, professor of philosophy, who has been part of the planning for the new garden, will author the words for a plaque commemorating the Kubota legacy at Seattle U. He lives one block from the Kubota Garden in the Rainier Beach neighborhood of South Seattle, is a Zen Buddhist priest trained in Japan and has a deep love of Japanese aesthetic and spiritual values. Wirth became a garden docent and devoted almost three years to a documentary film and a book about the Kubota family.

The Kubota Legacy Garden is a “super template for going forward with Kubota’s deep vision of tying the whole campus together,” says Wirth. “The wrong way to think of gardening is it’s decorative or ornamental. It’s a deep work of art and it’s also deeply spiritual. Both of those also speak to the university’s values and mission.”

Looking back at the history of the university’s post-war relationship with Kubota, Wirth says, “It spoke so well of Seattle U that they knew to be involved with this at a time when that required some courage and forward thinking” because of racial discrimination against Japanese American citizens.

Read more about the campus gardens, including Kubota designs, here.