Written by Office of Alumni Engagement

New leader of SU's Alumni Association comes from the University of Washington, where she has served for 16 years. 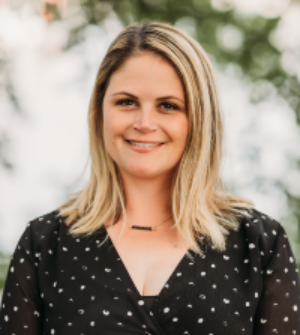 Whitlock Baker joins Seattle U from the University of Washington (UW), where she has served for 16 years, including more than seven years with the UW Alumni Association (UWAA). As a member of UWAA’s executive team, she was responsible for the strategic development of UW’s alumni engagement practices. Most recently, Whitlock Baker has focused her work on how to create authentic engagement with alumni who identify as Black, Indigenous, and People of Color (BIPOC). She created an annual engagement conference for UW Advancement employees focusing on developing engagement programs with a racial equity lens, including securing sought-after Diversity, Equity and Inclusion (DEI) speakers and community leaders.

“I’m thrilled to join Seattle U at this particular point in time, with the new leadership of President Peñalver and the Strategic Directions and LIFT SU setting a thoughtful and ambitious course for the university,” says Whitlock Baker. “Seattle U’s alumni community will play an active role in the implementation of these new directions and I’m looking forward to stewarding the transformative partnership between alumni, students, faculty, staff and leadership. It’s clear that Seattle U is a very special place, and I can’t wait to join the team and serve this incredible alumni community.”

As Whitlock Baker prepares to join Seattle U, she is most excited to meet the alumni community to get as much feedback as possible. “That’s something I’m really passionate about—listening to and building relationships with communities,” shared Whitlock Baker. “I need to hear from alumni and stakeholders to know what to prioritize at SUAA.”

Whitlock Baker is impressed with the volunteer leadership and success of Seattle U’s alumni communities: its regional chapters, affinity groups and alliances. “Seattle U’s dedicated volunteer groups are ready, willing and able to support what is needed, both here and in the regions.”

The transition from a large state university to a mid-size Jesuit university brings with it many opportunities. One advantage Whitlock Baker appreciates is the access she will have to President Peñalver, Provost Shane Martin and other leaders across campus. Whitlock Baker notes, “It’s clear from our conversations that SU leaders truly value alumni engagement. That is a great sign.”

Whitlock Baker has numerous accomplishments from her time at UWAA. She led and developed campus partnerships through the Constituent Relations program, creating a community of practice for all engagement-focused staff from schools and colleges across UW’s three campuses. As one of 20 leaders selected to serve on UW Advancement’s Equity Council, she recently led a process to develop a white ally group for the 600-person Advancement team. This year, Whitlock Baker was recognized for her university-wide leadership by receiving the peer-nominated Marilyn Batt Dunn Endowed Award for Excellence.

Outside of work, Whitlock Baker loves to read, particularly young adult fiction. She is a passionate novice gardener, building three raised beds with her husband at the beginning of the pandemic that have resulted in a copious vegetable crop with relatively few plant casualties this summer. Whitlock Baker was born and raised in Honolulu, HI and came to the Northwest to attend Whitman University. She earned her Master of Public Administration at UW. She lives in Edmonds with her husband Jordan, daughter Linnea and pandemic puppy Kaiju.