Connecting to the World Virtually 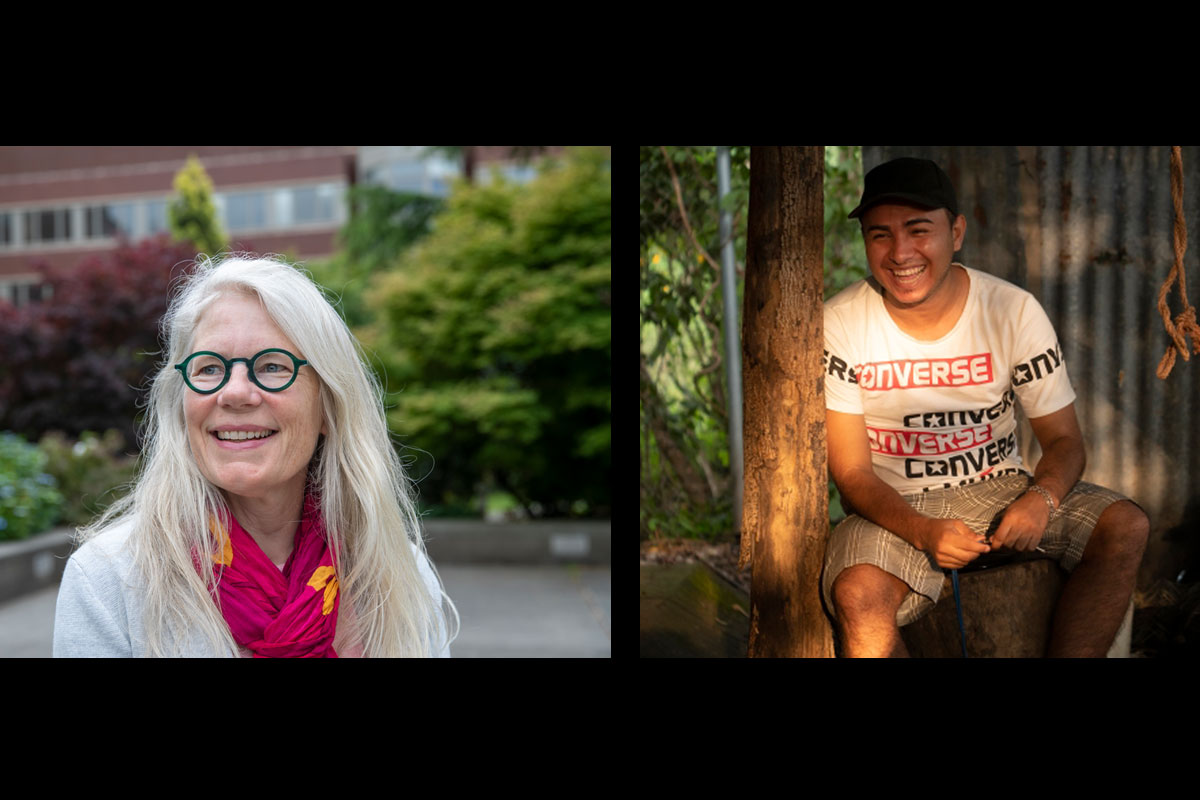 Under the leadership of Associate Professor Serena Cosgrove, PhD, '85, the Central America Initiative's partner schools engage in outreach, programming and research throughout Nicaragua, including the isolated Caribbean Coast, and in Guatemala and El Salvador.

Amid the twin crises of a raging pandemic and social unrest at home and abroad, Seattle University and its partner institutions that make up the Central America Initiative were able to continue the engagement and learning that has been the cornerstone of the program.

What began in 2014 as the Nicaragua Initiative—formed as a partnership between Seattle University and the Universidad Centroamericana (UCA) in Managua, Nicaragua—has expanded to include the Jesuit universities of El Salvador (UCA) and Guatemala (Rafael Landívar University).

Under the leadership of Associate Professor Serena Cosgrove, PhD, who is the faculty coordinator of the Central America Initiative, the initiative’s partner schools engage in outreach, programming and research throughout Nicaragua, including the isolated Caribbean Coast, and in Guatemala and El Salvador.

This collaboration and experiential learning model, which in pre-pandemic times included Seattle U students and their international counterparts conducting research and attending classes in-person, has continued to thrive even as shared activities became virtual ones, exemplifying the global engagement that is integral to our mission. Virtual collaborations have included scholarly projects, webinars and sharing classrooms—in this case, using the COIL method—during the pandemic. COIL (Collaborative Online International Learning) involves paired faculty from each university designing and implementing programming for their students and from there students from the different universities form teams to work on projects together.

“With COVID we had to pivot. But we are still doing a lot of things together,” says Cosgrove. “Thank goodness that between Seattle U and our three partners, the relationships are strong enough and deep enough that we were able to pivot from face-to-face interaction to virtual collaboration.”

Another example of thriving during challenging times is the Central America Initiative’s partnership with St. Joseph’s Parish in Seattle and the UCA in El Salvador and the parish of San Bartolomé in rural El Salvador.  Together these four partners are working with youth entrepreneurs to create sustainable livelihoods for themselves. The Sustainable Livelihoods Initiative is “a program where we work with young entrepreneurs by providing training and seed money,” says Cosgrove. “It’s about how to create opportunities for young people so they don’t have to leave their community.”

As someone who has been at the fore of many of the developments and expansion of the global outreach that has evolved into the Central America Initiative, Cosgrove joined colleagues in co-authoring a book about their work on the ground in Nicaragua.

In Surviving the Americas: Garifuna Persistence from Nicaragua to New York City, written by Cosgrove, José Idiáquez, Leonard Joseph Bent, and alum Andrew Gorvetzian, ’15, the focus is on what it means to be Garifuna today, particularly in Nicaragua. The Garifuna are descendants of an Afro-indigenous population who were exiled to the Honduran coast in the 18th century and ultimately migrated along the Caribbean coast of Central America and beyond. All proceeds from the book, which Cosgrove hopes will inspire readers to open their minds and perspectives to other parts and people of the world, will benefit the Garifuna communities of Nicaragua.

“For your average reader, understanding the history and practices of local groups in Central America can help folks understand more about Central Americans who choose to come to the United States,” she says. “These are folks who don’t want to leave their communities and never come back. You may look at the issues of immigration a little differently.”

A second book, University Under Fire, will be out early next year and includes the work of UCA Nicaragua President Chepe Idiaquez, S.J.—“Father Chepe”—and addresses how the ongoing political crisis in Nicaragua is affecting the university in Managua, Nicaragua. Due to its criticism of the Nicaraguan government, the UCA and its leaders have been targeted with funding cuts, police harassment, even death threats.

The Central America Initiative provides inspiration for the Seattle U community to partner with other Jesuit universities around the globe and to help prepare students to be true citizens of the world, says Joe Orlando, Special Assistant to the Provost for Strategic Initiatives.

For many years Orlando has been actively involved in global engagement issues and initiatives at Seattle U and was instrumental in what became the Central America Initiative, working alongside Cosgrove. The initiative’s roots were planted with Seattle U’s Nicaragua immersions—first with students traveling to the country and expanded to include faculty, staff, administrators and cabinet members—that were organized and led by Orlando.

“What this initiative represents is an example of the range of things we can do in many parts of the world with other Jesuit schools,” he says. “[The work] is mission-congruent. … We want to have all kinds of partnerships that connect the university with the world.”

It is this connection to the world at large that Orlando experienced firsthand studying abroad when he was an undergraduate student. “My experience with study abroad fundamentally opened me up to the global community. I really came to understand that for us as a country, and especially for those of us in higher education, if we are going to prepare citizens of the world, we have to be truly engaged with the world ourselves. It shifted the way I see my personal place and our communal place globally.”

Through the work of the Central America Initiative, students and faculty alike have done research that is responsive to local needs of the countries and communities where they are located. “One of the things I find compelling is what does it mean to do research that contributes to the empowerment of the local communities we are working with,” says Cosgrove. “The profound reward of seeing so many of my students and colleagues engaging deeply with Central America is our little way of making a difference.”