A Tree Grows Behind Admin 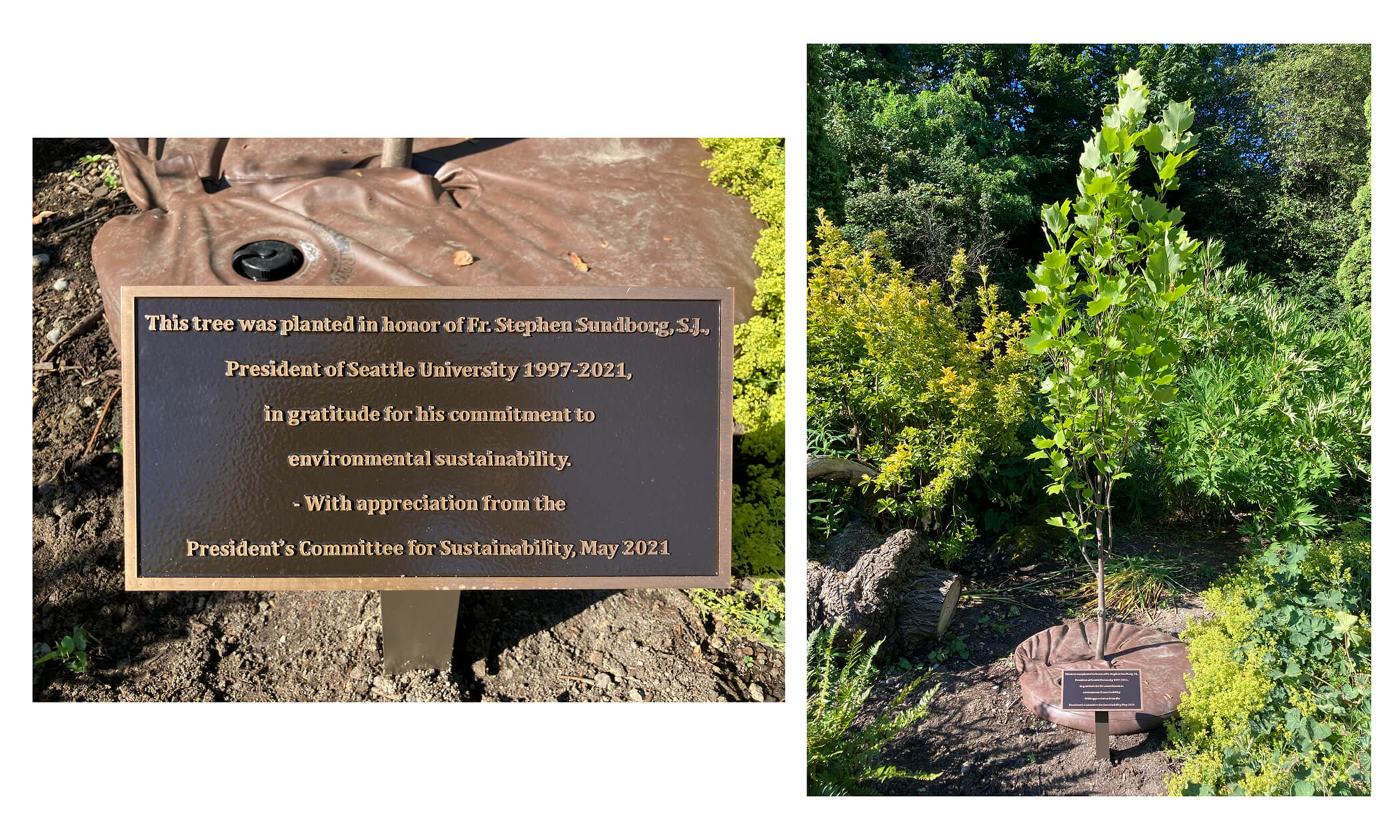 President Sundborg is surprised by a gift planted in his honor.

As has been the custom for a few years, President Stephen Sundborg, S.J., joined the President’s Committee for Sustainability (PCS) for its final meeting of the academic year on May 26. With the president set to retire in June, PCS co-chairs Jen Tilghman-Havens and April Atwood invited Father Sundborg to open a farewell gift from the committee: a book—Tree: A Life Story by David Suzuki and Wayne Grady.

But there was more. Unbeknownst to the president, a second gift was just outside his window. He was shown a video of Grounds staff and student employees just days before planting a new tree in the garden behind the Admin Building.

Dedicated in Father Sundborg’s name, the tall columnar tulip tree will grow to be large and sturdy, Grounds Manager Shannon Britton explained, “and in June it produces lime-green, tulip-shaped flowers.”

“This is a very different kind of gift. I’m moved by it.”

Convened in 2011, the PCS is charged with implementing the university’s Climate Action Plan and overseeing its sustainability initiatives.

During Father Sundborg’s 24 years as president, the university has reduced its carbon footprint, greened its operations, committed to divesting from fossil fuels, integrated sustainability and environmental justice into its academic programs and received numerous recognitions for its programs and efforts.