A Mother's Mission Lives On 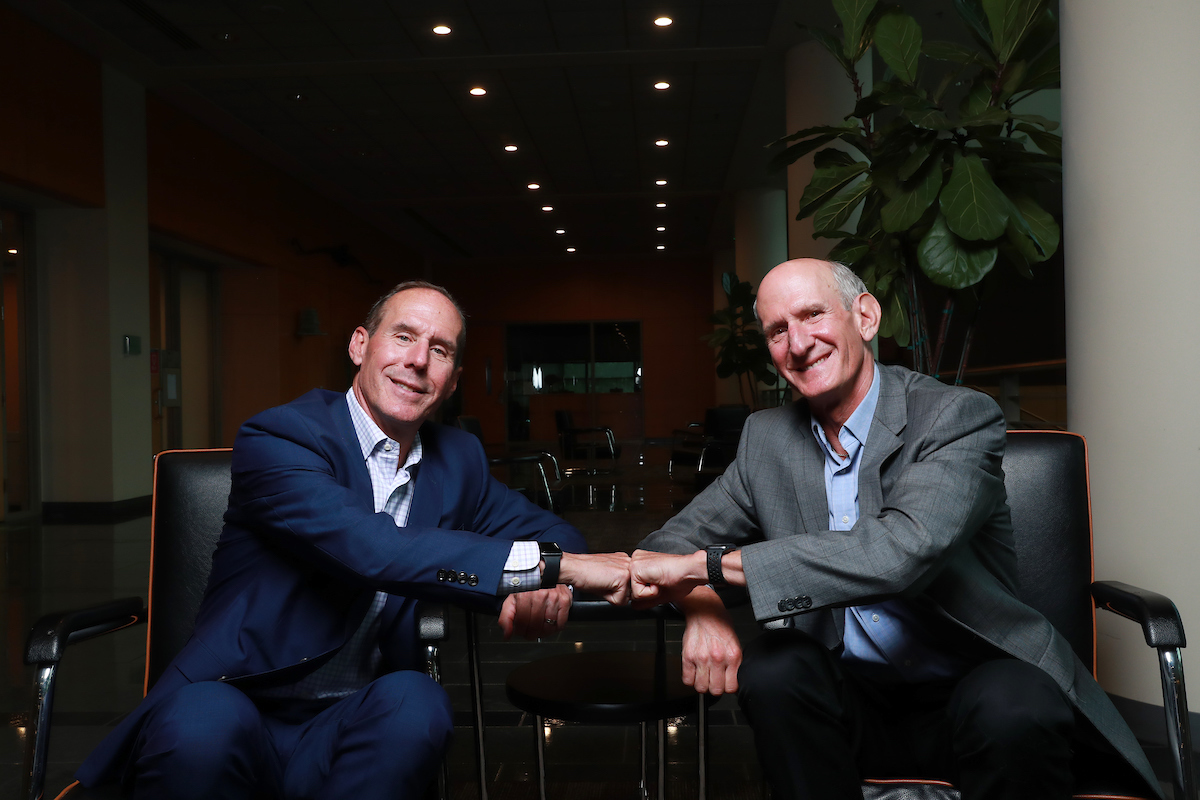 Alumni honor the legacy of their mother through a memorial scholarship endowment.

Rita G. Hooper was a single mother of six who prioritized education and tirelessly strived to provide better opportunities for her children. An ambitious woman ahead of her time, Rita was instrumental in opening doors for future generations of Hoopers by being the first in her family to graduate college with a bachelor’s in medical technology from what was then the College of Science and Engineering.

The brothers see the scholarship as a way to keep their mother’s “name alive … through perpetuity. That to me is what this is all about—the opportunity to take her views about education and help students that are...in a similar situation [as she was] back in her day,” says Steve. The scholarship supports students pursuing health sciences such as pre-med, biology, chemistry or nursing.

“Donors to these funds have deep gratitude for the family member or mentor who impacted their life in a profound way,” says Senior Director of Gift Planning Sarah Finney, ’08. “A named-tribute scholarship extends the legacy of person who is honored in support of students who pursue their Jesuit education at Seattle U. Student recipients are often curious to learn about the history behind the name of their scholarship and donors enjoy sharing the biographical tribute created for the scholarship with their children and grandchildren.”

Steve Hooper, a venture capitalist and co-founder of Ignition Partners, recalls their mother sharing stories about how her parents didn’t understand why she wanted to go to college. “It was just part of her DNA. We are so blessed that she actually did that, because when she found herself in a situation as a single mom, she was able to get a really good paying job as a medical technologist,” which helped keep the family afloat.

Youngest sibling John Hooper, director of earthquake engineering at Magnusson Klemencic Associates, says there was never any doubt about how their mother perceived education. “…As a youngster, it was just a given that college is going to happen. She expected that we all work hard and did well in school. The end goal was always college.”

To cover college costs, John and Steve both earned scholarships, held jobs and took out student loans. Says John, “In my mind, helping give scholarships back in different forms is sharing what the other families did” to help him and his brother attend Seattle U.

Through her presence and support, Rita inspired in her children a sense of giving one’s all to their passions. Whether it was sports or music, “she was there all the time and…wanted us to be successful,” says John.

The brothers agree their mother’s high expectations served as all the discipline needed for a home filled with towering teenage boys. “…All she would have to say is, ‘That disappointed me,’ and I definitely got the message,” says John.

Along with their mother’s positive influence, Seattle U has also shaped the Hoopers. Its Core Curriculum, imbued with the humanities, philosophy and theology, “really teaches you about the holistic aspect of the world,” which Steve says he uses frequently in his business life.

That became apparent once he left Seattle U and began interacting with professionals who earned “engineering degrees from phenomenal universities, [but] they missed that other piece of life,” says Steve. “To me, that’s what Seattle U is so good at—what a Jesuit education is so good at—and I am so thankful that that's the path I chose to go down because it’s had a big impact on my professional career and who I have become, even in my personal life.”

From the technical aspect of the College of Science and Engineering curriculum, John recalls graduating with a bachelor’s in civil engineering alongside a total of only 18 graduates. “…I went on to University of California at Berkeley for my master’s with the top students from around country and I could compete. From a technical viewpoint, Seattle U allowed me to succeed at what I considered the next level,” he says. “Without the foundation that I learned in CSE, I wouldn't be where I am today.”

Steve, who also earned a bachelor’s degree in civil engineering, echoes a similar experience upon entering an incoming class of 800 students at the Wharton School of the University of Pennsylvania. “I wanted to see if I could survive that kind of environment…my background curriculum at Seattle U, the rigor of the program, enabled me to do very well...”

Though different capacities, John and Steve have also given back to the university through acts of service. John was an adjunct faculty member within CSE for two years and contributed to its curriculum development. After leaving to concentrate on career goals, he returned to the university as a member of the CSE Leadership Council organized by Dean Michael Quinn. In 2014-15, he joined the fundraising task force behind the building and equipment of the Jim and Janet Sinegal Center for Science and Innovation.

Steve also served as an instructor in the engineering program for two years. In the early ‘90s, then-President William Sullivan, S.J., invited him to join the Board of Trustees, which, along with time as chairman, he served for 14 years. Additionally, he has a mentored business, engineering and theology students and played a role in the selection of Stephen Sundborg, S.J., as president.

Most recently, Steve served on the SU Campaign Steering Committee as chair of the Scholarship Task Force.

While considering the next generation of Hoopers at Seattle U, which currently includes two nephews and John’s daughter, he shares an example as reference to a portion of the university’s mission statement of “empowering leaders for a just and humane world.”

“I had a mobile home on my property. I was just going to tear it down and throw it away. And my daughter said, ‘Dad, why don’t we give it away?’ Ultimately, it was transported and gifted to family in need. And that was my daughter inspiring me, because of Seattle U. The ‘just and humane world’ element resonates.”

For families or individuals considering volunteer leadership or giving, Steve says if one had a chance to benefit from the Seattle U family in any way, “institutions like this will live on in the future based on how people give back. And it’s so important that individuals do that so Seattle U can continue to grow and thrive.”

John and Steve suggest viewing it as an opportunity to pay it forward by personally defining the idea of family legacy.

“That’s just a gift…that keeps on giving,” says Steve. “Every year, I’m going to get an email from Seattle U saying this young man or woman is now receiving the Rita G. Hooper Scholarship. It becomes part of what I look forward to every fall. It reminds me of mom, reminds me of [my time at] school. It’s a way to give back that continues to live with you for the rest of your life and beyond.”