Seattle University Board Begins Search for Next President 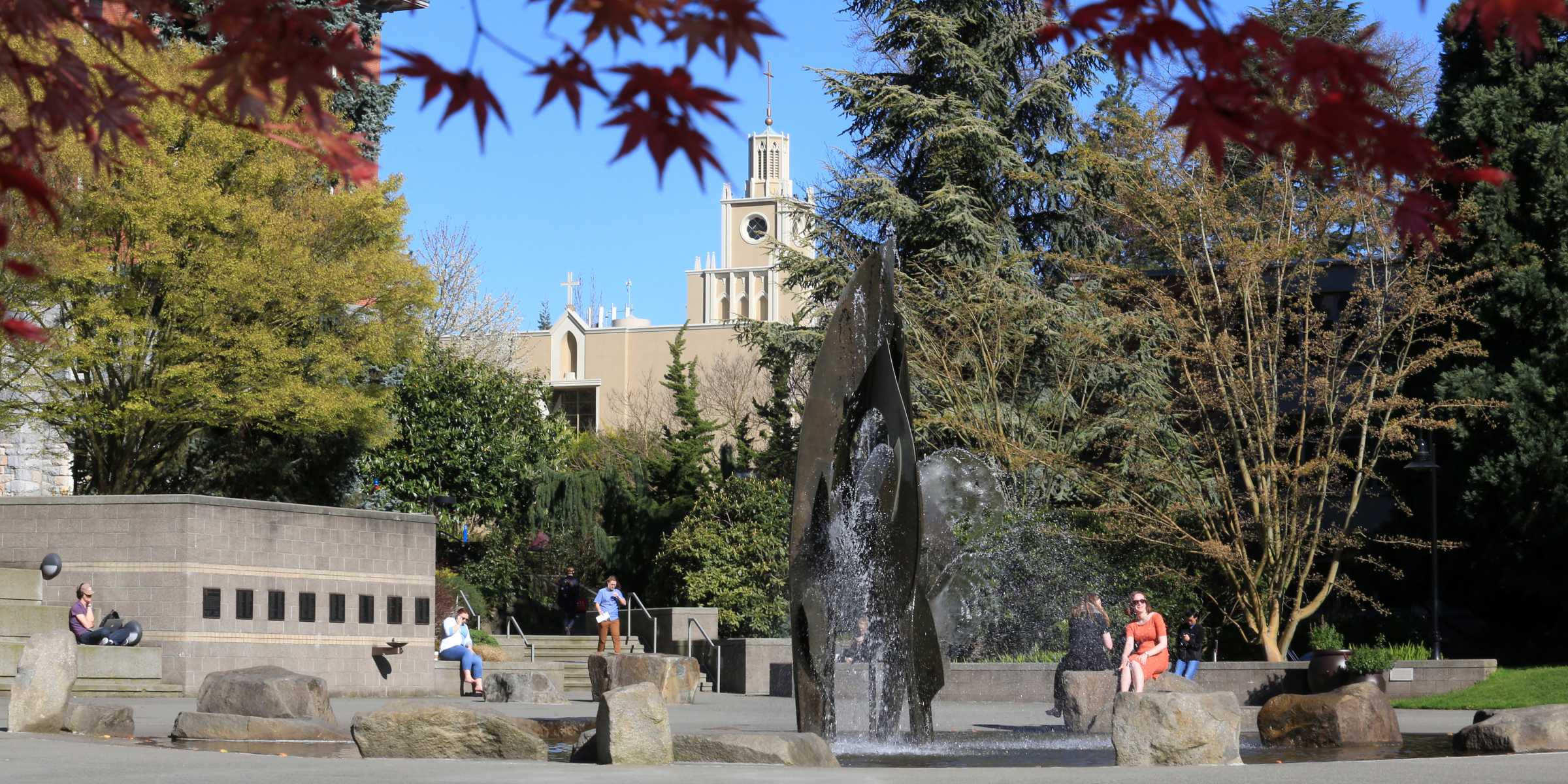 Father Sundborg Announces Plans to Step Down in June 2021

When Seattle University President Stephen V. Sundborg, S.J., joins next year’s graduating class at commencement in June of 2021, he, too, will be stepping into a new phase of his life. That’s when the university’s 21st president is stepping down after 24 years at the helm of Seattle’s Jesuit Catholic university.

While Father Sundborg let on informally about his plans to “graduate” with them when he addressed the Class of 2021 as freshmen in fall 2017, today he and Seattle U’s Board of Trustees made it official. A search committee was announced with the goal of identifying Fr. Sundborg’s successor by this November. Fr. Sundborg will work with the new president during a transition period leading up to his final day in office on June 30, 2021.

In his message to the Seattle University community today, Fr. Sundborg said, “With recognition of and gratitude for all that we have done together over these many years to further the mission of our university, to educate a whole generation of students, to develop inclusive excellence in how we learn and grow together, to transform our campus, to win new friends to our cause, to strengthen and position our university for success, and to multiply our impact for good in society, it is clear to me that it is time for new leadership for a new era of Seattle University.”

He continued, “I believe it is better at this time to look forward to the opportunity that lies ahead for the university. In my view there is no better or more needed education for today and tomorrow than our kind of Jesuit education in our dynamic city and region. We are 'Seattle’s Jesuit university,' a powerful educational formula, drawing on the resources of both the world’s most renowned educational tradition and one of the world’s most dynamic and future-focusing metropolitan areas.”

In a separate message today to the university community, Nicole W. Piasecki, chair of the Board of Trustees, said, “On behalf of the Board of Trustees, I would like to thank Father Sundborg for the unprecedented impact he has had on our university. Under his leadership, Seattle University has grown and flourished, consistently rising in national and regional rankings.”

“We are grateful and fortunate that Father Sundborg will be leading us through June 2021,” she continued. “This is a critical time for Seattle U as we begin to implement the recently approved strategic directions. We have a clear vision of our future and five goals for attaining that vision, based on the power of Jesuit education and the opportunities we have in Seattle.”

Piasecki also announced the appointment of a Presidential Search Committee to oversee the search process. The committee will be charged with conducting the search and presenting recommended finalists to the Board. It will be led by John H. Vassall, MD, a current trustee, and Betty Woods, ’74, former Board Chair and a longtime Seattle U supporter. The committee represents trustees, students, faculty, staff, alumni and the Jesuit community.

“This will bring the diversity of background and experience needed to effectively evaluate candidates and assure that we best serve the issues in higher education that will matter most to Seattle University in the future,” said Piasecki.

The search is expected to conclude by this November.

“Father Steve,” as he is affectionately known, became president in 1997 and today is the state’s longest-serving college president. Only one other current president of a Jesuit institution—Boston College—has served longer. Fr. Sundborg was ordained a priest in Seattle in 1974 and completed his doctoral studies in spirituality at the Pontifical Gregorian University in Rome in 1982. He taught theology at Seattle University from 1982 to 1990 and served as provincial of the Northwest Jesuits from 1990 to 1996.

In addition to his responsibilities as president, Fr. Sundborg serves on the board of United Way of King County, the Independent Colleges of Washington, the Seattle Nativity School and Fulcrum Foundation, and is a trustee of Lakeside School and the University of San Francisco, also a Jesuit Catholic institution.

Fr. Sundborg received prestigious honors and accolades throughout his presidency, including the Christus Magister Medal from the University of Portland, the Martin Luther King “Vision from the Mountaintop” Award, the Seattle-King County First Citizen Award, the Council for Advancement and Support of Education Leadership (CASE) Award and the Campus Compact Engaged Presidential Leadership Award.

During his presidency, the Seattle University campus has been transformed physically with construction of, among other facilities, a student center, a law school, residential housing, a center for the performing arts, a library and learning commons and a fitness center. A new Center for Science and Innovation will open in Fall 2021. Under his leadership, enrollment has grown 78 percent to almost 7,200 students, as the university has strengthened its academic programs, more deeply engaged with community partners and embraced an educational mission that forms leaders for a just and humane world.

Fr. Sundborg developed strategic opportunities for Seattle University to carry out its mission, championing endeavors such as the Costco Scholarship Fund for highly qualified underrepresented students and the Seattle University Youth Initiative to strengthen education and support systems for 1,000 local youth and community-engaged learning for students.

Most recently he shepherded the launch of the Strategic Directions 2020-2025 in January to guide Seattle University’s most important work over the next five years to further its mission and advance a long-term vision for the university.