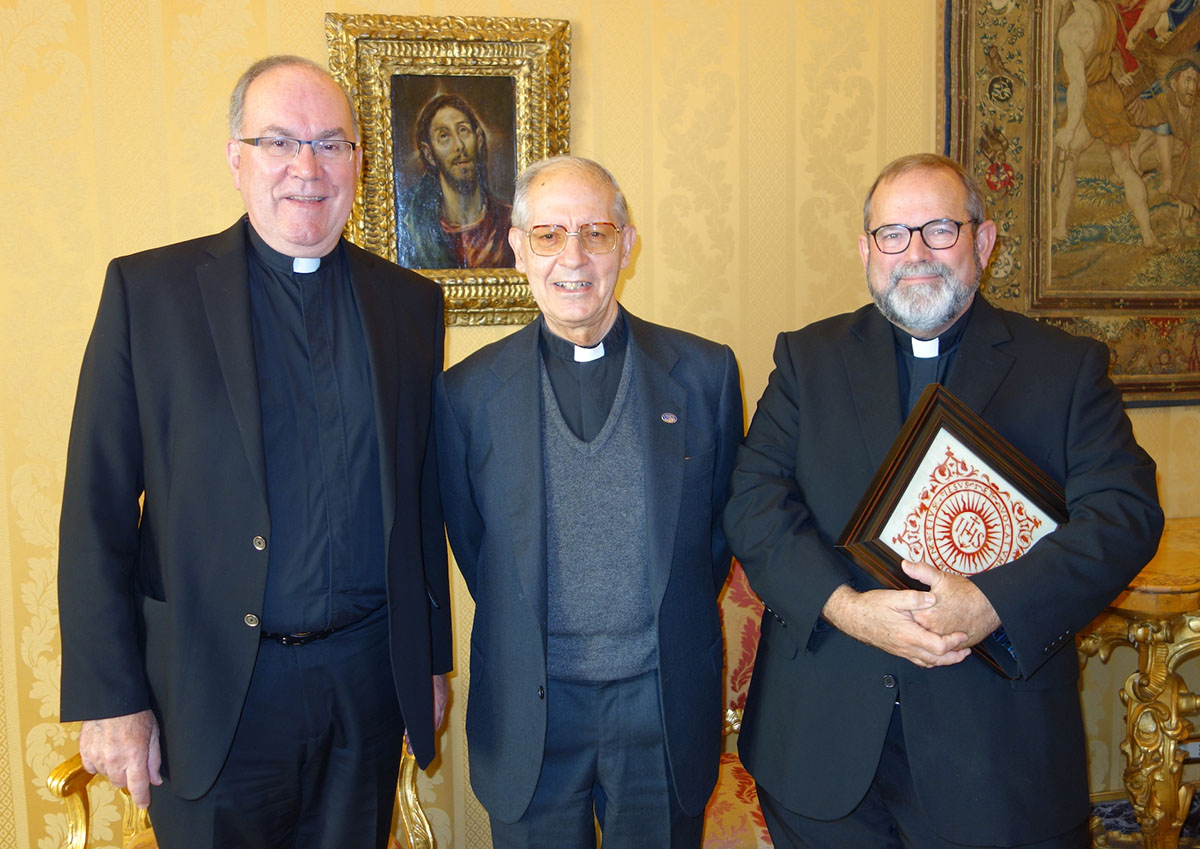 Father Adolfo Nicolás, the 30th superior general of the Society of Jesus, died in Tokyo on May 20. Father Nicolás, who led the Jesuits from 2008 to 2016, is pictured here (center) in 2014 with SU President Stephen Sundborg, S.J., and then-Rector of the Arrupe Jesuit Community Tom Lucas, S.J., during a visit with Pope Francis (© Vatican photographer Servizio Fotografico De "L'O.R.").

In a statement, Association of Jesuit Colleges and Universities President Michael J. Sheeran, S.J., said, “Fr. Nicolás will be remembered as a leader who spoke and inspired out of a deep well of religious hope, which led him to optimism about the fruits of change in the Church and in the Society of Jesus. He exemplified Christian love – especially for those on the margins of Society – which he called Jesuit schools to promote across the world.”

In a 2008 interview with Broadway & Madison, the late Pat Howell, S.J., spoke about Father Nicolás soon after he was elected superior general.