Melissa Chamberlain and the Case of the Malodorous Money 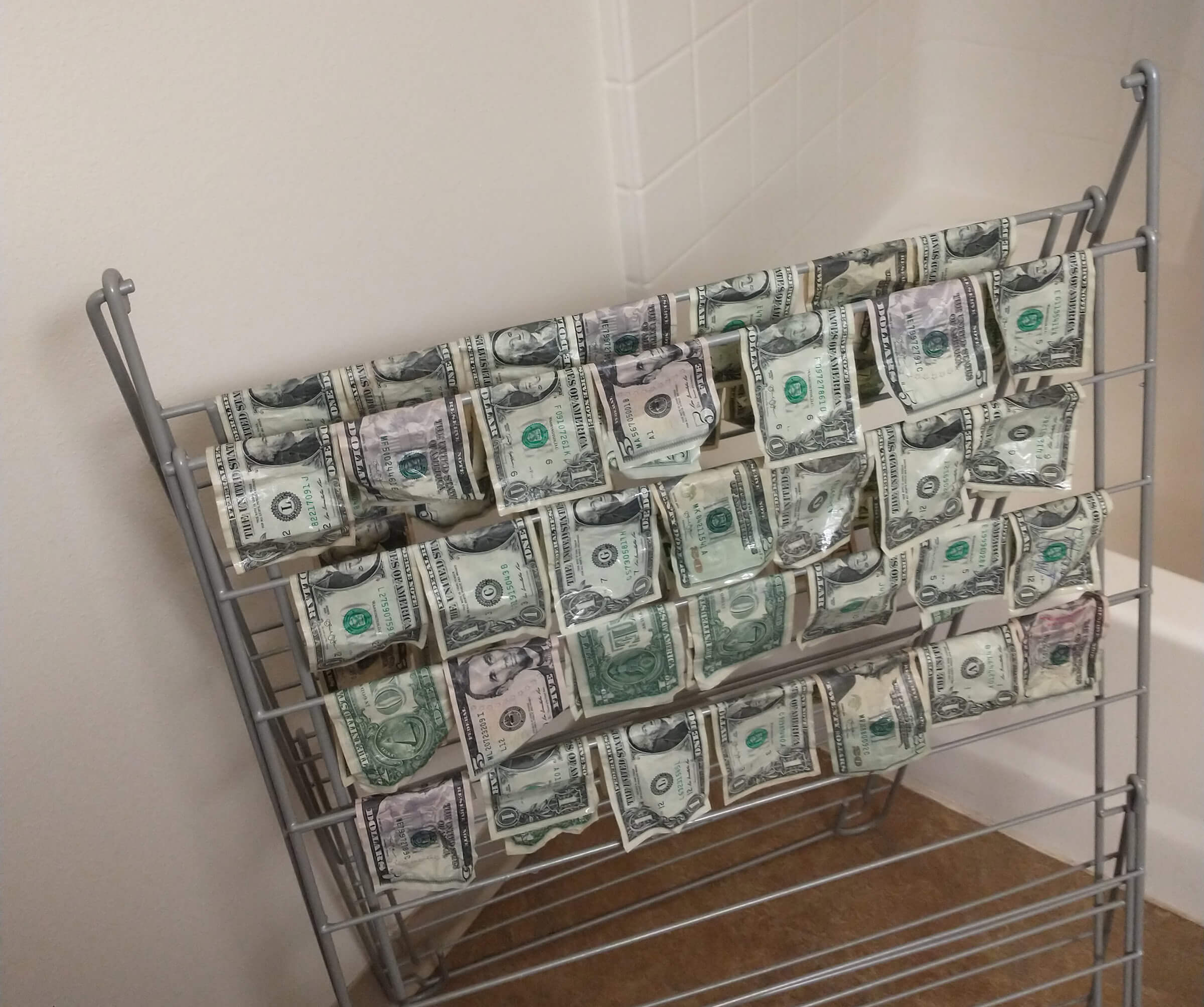 While nothing about 2020 should surprise us by now, Executive Library Coordinator Melissa Chamberlain recently found herself in a role she never imagined…money launderer.

She explains: “When library staff slowly started returning to the building in August, we discovered that the cash we keep on hand for fine transactions must have been damp before it got sealed up in the safe back in March (as staff departed campus due to COVID-19). The money stunk up the whole safe.”

At this point Chamberlain had not yet personally inspected the dingy dollars, but fearing they were afflicted with mold—or who knows what—she consulted with the Controller’s Office on the best course of action. “In my nearly 31 years of accounting in higher ed, this is the first time I’ve ever seen this kind of question,” says Financial and Information Systems Senior Analyst Mark Schoen.

(As an aside, library staff developed a cash-less work-around for collecting fines and fees when the university went into virtual mode in March.)

“When I finally got my hands on the cash in question,” says Chamberlain, “I discovered that it wasn’t really in that bad of shape. Very stinky, yes, but there was no visible mold—just a couple of dark brown dots of paper foxing on a couple of bills. The bills didn’t appear hazardous to handle or too damaged to spend. So I brought the money home, hand-washed it with laundry soap, dried it out and now it seems fine.”

“Melissa really went above and beyond the call of duty in salvaging these university funds,” says Schoen.

Chamberlain’s money-laundering days may be numbered, though. Consistent with its commitment to access and affordability, library management is currently reviewing a proposal that would eliminate accruing fines, Dean Sarah Watstein shares.

Whatever the future holds, the newly cleansed cash is back home, safe and sound—and pleasantly scented.