Business and Ethics / People of SU / Science, Technology and Health

An Entrepreneurial Idea That Sticks 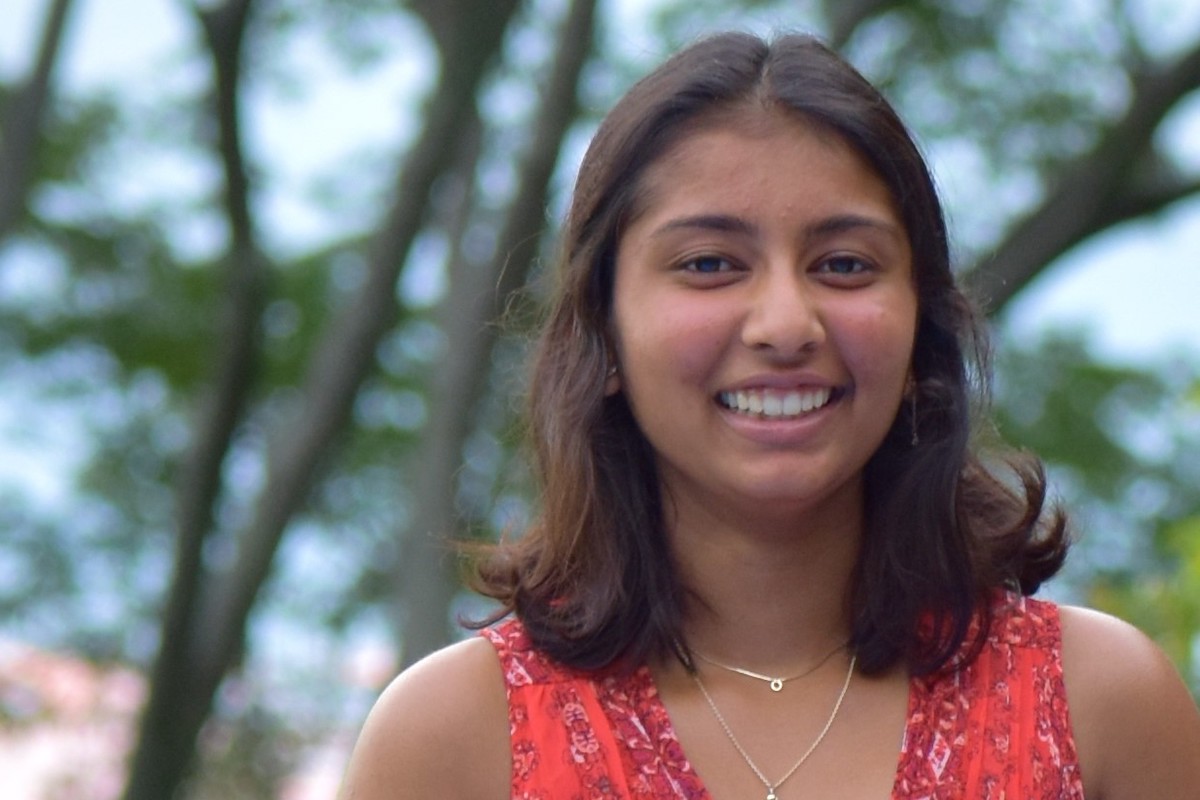 It was a business idea started with a bite of an apple.

About a year ago Arya Mathew, ’22, was with a friend who accidently, while eating an apple, swallowed the PLU sticker common on fresh fruits and vegetables. Concerned about what was in the ingested label and whether it was harmful, Mathew began researching exactly what goes into one of those little adhesive markers.

“We found out it that it wasn’t poisonous to us, but it is harming the environment,” she says. “And the problem is that PLU stickers are so small that no one thinks of them as problems to the environment but if you just take the stickers found on avocados, oranges and bananas sold in the U.S. each year, you could wrap the world 1.6 times in plastic, a kilometer wide.”

Mathew, a computer science major from Sammamish, teamed up with friends from the University of Washington and their company Nature’s Label was born. Nature’s Label replaces plastic PLU stickers with an eco-friendly sticker that is biodegradable, reducing plastic and energy waste while being cost effective, says Mathew.

“Our mission is to revolutionize the produce industry while enhancing the lifestyle of the world together,” she says. “Nature’s Label is … an easy-to-use compostable alternative. Now, eating healthy will mean living healthy in a less polluted world!”

Clearly Mathew and the team had a winner in Nature’s Label, which just took top honors at the annual Harriet Stephenson Business Plan Competition. As grand prize winners Mathew and co-business owners and UW students Sophie Ye, Alyssa Mell, Siddhant Jain and Khoi Ha received $10,000 from the Herb Jones Foundation. Due to the COVID-19 pandemic, this was the first time the competition was held virtually.

“We were in shock,” recalls Mathew, of hearing Nature’s Plan was this year’s business competition winner. “It took us a few minutes to register it because we were all just undergrad kids who had an idea, competing with adults who had legit businesses. But it honestly was a great experience to have taken part in this competition and win.”

With the win came invaluable feedback on the product and business plan, plus funding that will help jump start product development for the fledgling business. The team was also paired with a coach who provided knowledge and resources that included a connection with someone at PCC Community Markets.

“Our company progressed so much during this competition and we are very grateful for everything that we learned by participating in it,” Mathew says. “The grand prize allows us to have the extra bit of money to jump start the product development and potentially establish the company.”

Amelia Marckworth, MNPL, interim director of the Innovation & Entrepreneurship Center at Albers, says Mathew is the youngest grand prize winner, made all the more noteworthy as she and her team went up against mid-career MBAs and alumni launching businesses.

"The Nature’s Label team came out ahead because they never stopped refining their business plan and even made some key changes to the business model after working with our expert coaches just weeks before the finals," Marckworth says. "They worked closely with their team coach, a local bioengineer and impact investor, for several months to perfect their product and business plan. Arya and her team exemplify the entrepreneurial spirit and show that anyone with an idea and some determination can succeed."

Mathew says she was drawn to Seattle U because of its mission and the values it imparts on students. Though she is a few years away from graduating from the College of Science and Engineering—future plans may include working as a developer for a startup or starting her own tech company with a community outreach focus.

“I would like to give recognition to my teammates Sophie, Alyssa, Siddhant and Khoi and our mentor Kathryn Gardow,” Mathew says. “This wasn’t an individual win—we won as a team and we wouldn’t have been able to win if it weren’t for everyone’s collaboration and dedication. I honestly couldn’t have asked for a better team.”