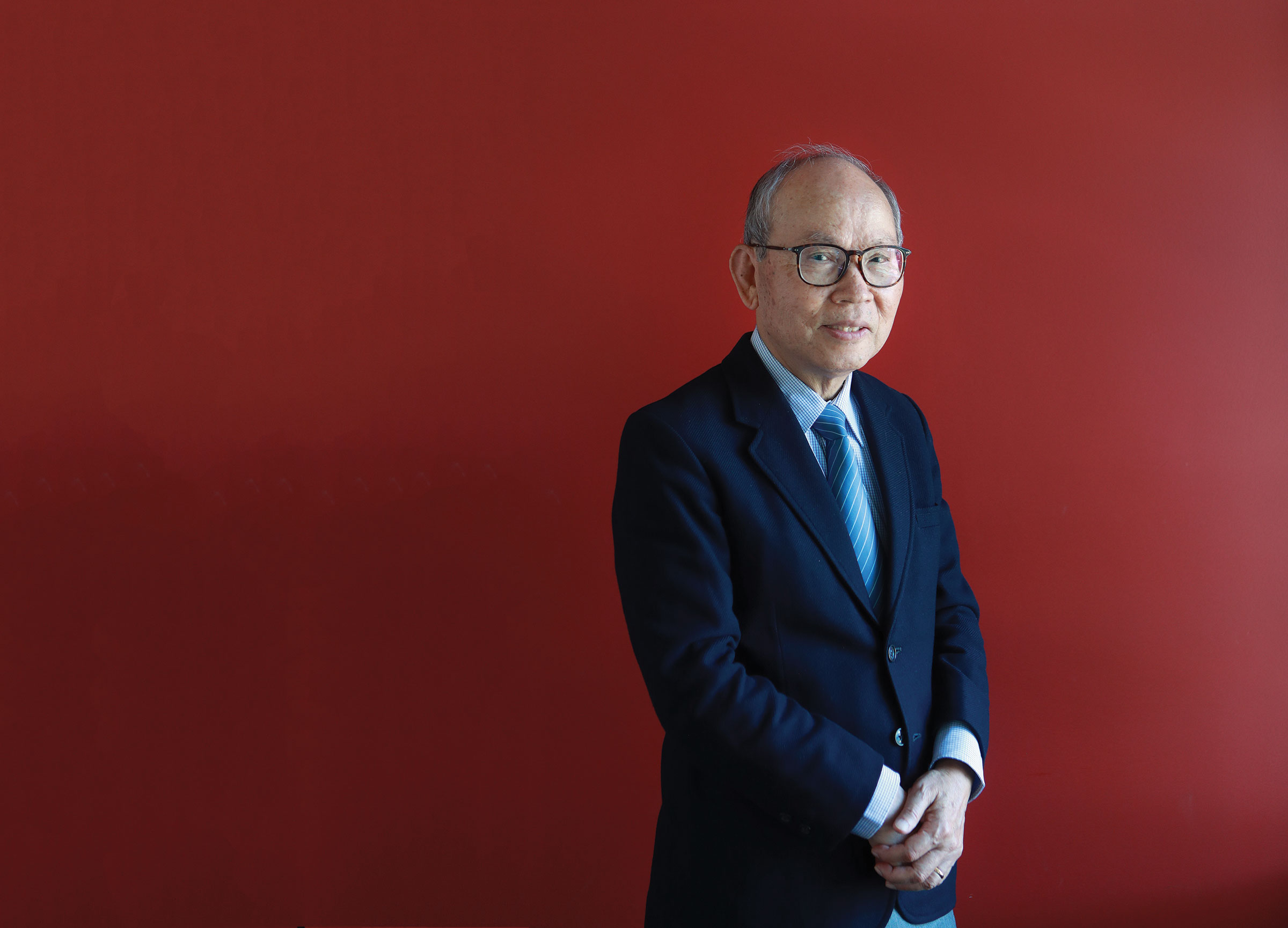 For Peter Lee, ’64, the journey to Seattle University took him half way around the world by land and by sea.

In May 1959 Lee was finishing secondary school in Hong Kong and was looking ahead to college. When exploring schools in the U.S. he found Seattle University appealing on several fronts—prime location close to a downtown center, in a city with a temperate climate, at a school with a solid chemistry program. An added bonus was that he discovered a Jesuit university that appealed to his values and sensibilities, with a “focus on educating the whole person, not just educating to create scholars,” says Lee.

Selecting Seattle U was just the beginning for Lee, who spent nearly a month traveling first by steamship from Hong Kong to San Francisco, then by overnight bus to Seattle.

Once here, he wasted no time getting acquainted with his new city and campus life, acclimating by first living in the residence hall and finding a job—or more accurately, multiple jobs—while hitting the chemistry books.

“I studied chemistry because I wanted to have a good general science education,” explains Lee, who was initially eyeing a career in engineering. As an undergrad, Lee took on a string of part-time gigs including waiter, custodian, tutor and concrete pourer, to name a few.

Although he didn’t end up as an engineer following his graduation in 1964, Lee put his chemistry degree to great use, first working as a quality control chemist with Darigold. Ultimately, his education and work in the field would prove beneficial on an international stage as Lee is credited as being instrumental in bringing iconic American brand Coca-Cola to China. More on that in a minute.

With his mind set on getting a doctorate in physical chemistry, Lee left Darigold and the Northwest for Michigan State in 1966. It was during this time that he married fellow SU chemistry student Patricia Coleman. After completing graduate research in molecular structure and gaining his PhD in chemistry in 1971, he continued with a post-doctoral fellowship at New York University.

It was in New York where his wife joined Coca-Cola International as a microbiologist. While Lee was considering further postdoc research at ETH Zurich in the summer of 1972, the New York-based Coca-Cola International was consolidated into the corporate headquarters in Atlanta. After much deliberation, he and his wife decided that for professional advancement, she would accept the transfer to Atlanta, while he would move across the Atlantic Ocean to Zurich before the end of 1972. That plan was interrupted when Coca-Cola lured Lee to participate in a special research project.

Coca-Cola was highly impressed with Lee’s work and persuaded him to take up a full-time position in corporate research and development. So Lee stayed in Atlanta as a research chemist focused on the chemistry of flavors and aroma for the company.

The role at Coca-Cola saw Lee returning to Hong Kong in 1978 as part of the company’s Far East division. Lee was tasked with a dual technical position for the region and business development in China, where Coke was last bottled in 1950 and banned since then. It was a daunting proposition as it would be the first international company to reenter the marketplace there since 1949.

“Being a trailblazer, I wasn’t afraid of a challenge,” says Lee, who indeed was successful in the re-entry of CocaCola into China with the signing of an agreement in Beijing in December 1978.

“China at the time was just opening up to the outside world,” explains Lee, “and wanted to attract tourism and promote good will.” The following year, he was named president of Coca-Cola China and oversaw the construction of several bottling plants in the country before relocating back to Atlanta in late 1984, when he was promoted to Senior Vice President of Coca-Cola Pacific.

In keeping with his groundbreaking ways, he left Coke the following year when he was offered a job with Bell-South—now part of AT&T—to serve as president of the Asia Pacific region at a time when the telecommunications company was at the forefront of wireless tech. After two years he was back in the states, this time with a subsidiary of Mead, the Dayton, Ohio-based pulp and paper products company, as president of its newly established Far East Region. Lee assumed similar leadership roles with several other multinational companies before retiring from corporate life late last year.

Throughout all of his professional and academic achievements, Lee has never forgotten his Seattle University roots. As one of the university’s earliest international students, he is also among our most actively engaged alums. A recipient of the University Service award, Lee made the lead contribution and secured the remaining funds for the Asian Studies Program and later established an eponymous Endowed Lectureship in East Asian Culture and Civilization.

“When we are successful,” says Lee, “we must remember how we became successful.” And his advice to others: “Don’t be afraid to accept a challenge.”