Toward a More Inclusive Theater 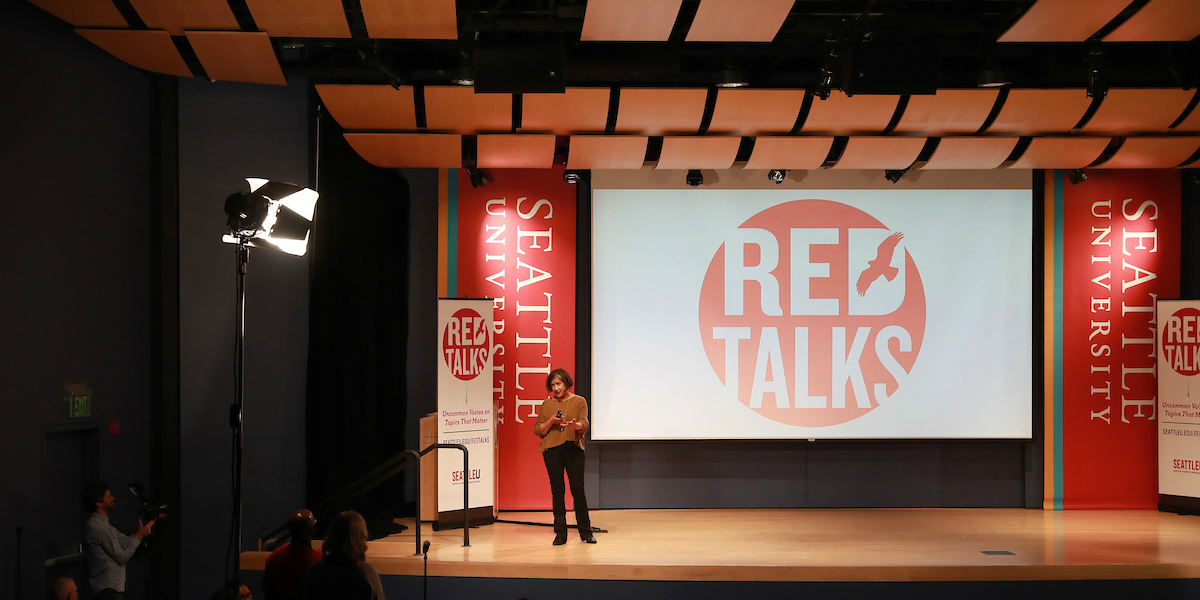 Rosa Joshi discussed her experience in making the theater world more inclusive as the featured speaker of Red Talks on May 14.

Led by the Office of Diversity and Inclusion in partnership with the Office of the Provost, Red Talks is a quarterly series that addresses topics relating to diversity, equity and inclusion. The inaugural series, which launched in December, has taken up the theme of “Women’s Voices at the Intersection.”

“The idea is to co-create together a forum where we can explore women’s voices and women’s leadership,” said Vice President for Diversity and Inclusion Natasha Martin. “This is really important at a time when women’s voices are being dismissed, distorted and diminished. We are elevating those voices on campus.”

Joshi, professor and chair of Performing Arts and Arts Leadership, spoke of how as a young actor she never thought twice about the dearth of diversity in the theater world. “I didn’t think I belonged in (certain roles) because I’d never seen anyone like myself in them. I also didn’t have the wherewithal or the agency to question why I didn’t see (more diverse casts)—I just accepted it. It was just the way it was.” 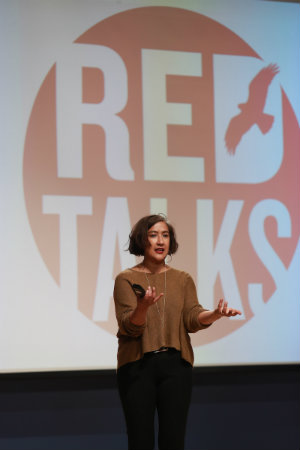 But in time she came to see how thoroughly the stage was dominated by male—more specifically white male—actors. And perhaps more important, she came to realize that as a director and producer she was empowered to do something about it. “(I realized) I can actually change the space and welcome in people who had been disenfranchised from the work.”

In 2006, Joshi cofounded upstart crow collective, a production company whose mission is to “produce classical plays with diverse female and non-binary casts, re-imagining these works for a contemporary audience.” upstart crow is noteworthy for its all-female cast, but as Joshi pointed out, “We often say we’re not playing in drag…We don’t overly disguise the female form. We don’t wear facial hair. We wear our hair long and short regardless of (whether the character) is male or female. We instead go to a deep examination of the text to uncover character.”

Joshi says she has learned much from her work with upstart crow, including “how we perceive gender and why it matters.

“When we went into this work, we didn’t say, ‘This is what we’re going to say about gender.’ It was just a big experiment, really. So we put the work up and then we started to notice things. And one of the things that was fascinating to me was that the audiences would tell us that they would forget they were watching women. They would forget it was one gender.”

But why classical theater—or as Joshi herself posed, “Why would a bunch of contemporary artists care about the machinations of Medieval English history?

“It’s why they matter for us now—that’s what I’m looking at—and for me the answer lies in the fact that these plays are about power and leadership. They’re about politics and war. They tell the story of powerful families in conflict and they are the ultimate combination of the political and the personal. They’re about how the (decisions of the) people in power…can impact the masses.”

She continued: “Why I do this work is to introduce a new generation of artists and audiences into the work I love deeply—classical work—and let them see that they do belong, that the stories are about them and that they can find themselves in those plays and make them about the world that they live in today.”

Joshi’s presentation followed talks by Brooke Coleman of the law school in December and Holly Slay Ferraro of Albers in March. A video of Coleman’s talk is now available at Red Talks, and Slay Ferraro’s is expected to be available soon.