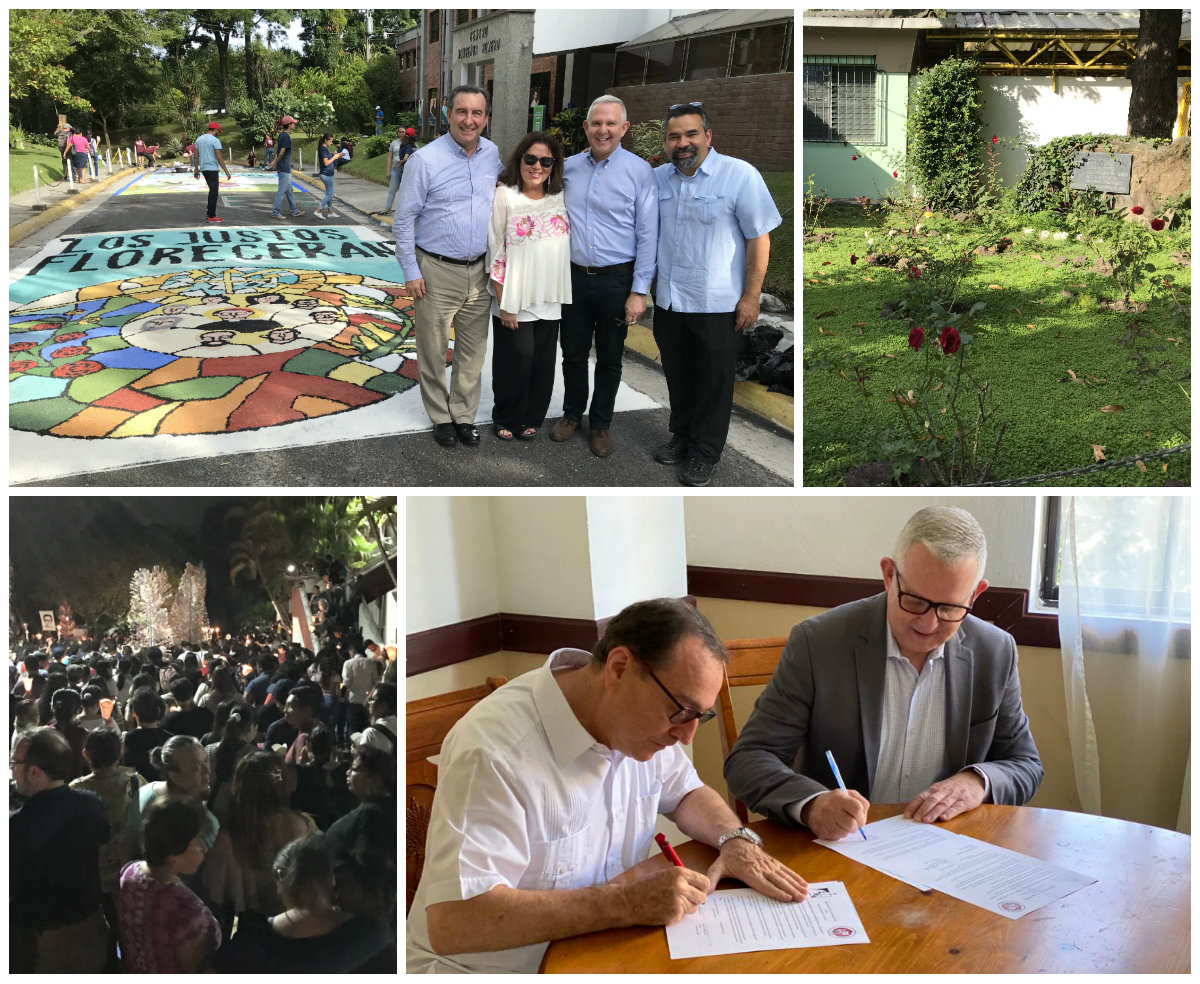 A special thanks to Joe Orlando for sending these photos from El Salvador on the 30th anniversary of the assassination of six Jesuits and their two lay companions. Clockwise from top left:

(2) The rose garden at the Jesuit community on the Universidad Centroamericana (UCA) campus in San Salvador where the martyrs were killed by Salvadoran soldiers on Nov. 16, 1989.

(3) Andreu Olivia, S.J., rector of UCA (left) and Provost Martin sign a memorandum of understanding between our two sister Jesuit institutions. While in San Salvador, the SU delegates also had the opportunity to visit with, among others, Cardinal Michael Czerny, S.J., and Congressman Jim McGovern of Massachusetts.

(4) A candlelight vigil and march around the UCA campus.

The campus community will have an opportunity to hear about the trip to El Salvador when the delegates give a presentation, “Seattle University and the Legacy of the Jesuit Martyrs of El Salvador,” Thursday, Dec. 5, noon-1:30 p.m., in the Advancement and Alumni Building. RSVP here »

On Nov. 16, 1989, six Jesuits and two lay companions at the Universidad Centroamericana (UCA) in El Salvador were dragged from their beds in the middle of the night and shot to death by Salvadoran soldiers. The Jesuits were teachers, theologians, founders of schools, pastors; the two women were their house keeper and her 16 year old daughter. It was far from a random act. Many of the martyrs, including university president Ignacio Ellacuría, S.J., had been voices for the marginalized and oppressed and critical of their country’s injustices. 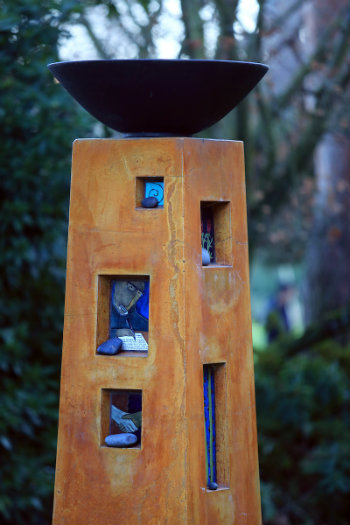 This weekend, a delegation of Seattle University faculty and staff is in El Salvador to commemorate the 30th anniversary of the atrocity. As part of the visit, SU’s group will formalize its partnership with the UCA. Representing SU on the trip are Shane P. Martin, provost; Arturo Araujo, S.J., rector of the Arrupe Jesuit Community; Jeanette Rodriguez, professor theology and religious studies, and interim director of the Institute for Catholic Thought and Culture; and Joe Orlando, executive director of the Center for Jesuit Education.

Visit jesuitresource.org for more resources on the martyrs of UCA.

For 30 years and counting, the courage and sacrifice of the martyrs has been something of a guiding star for Jesuit institutions across the world, including SU, as Orlando shares in a recent article for Conversations magazine (page 29). Preparing to travel to El Salvador, Orlando said that SU’s delegation “is an expression of solidarity and support from our university, and a recognition of the powerful witness of the UCA martyrs who have continued to inspire us over the past three decades.”

During the trip, SU’s delegates will sign a memorandum of understanding (MOU) with the UCA as part of our Central America Initiative. The university already has a similar agreement with the UCA in Managua, Nicaragua, and later this month will sign an MOU with the Universidad Rafael Landivar, in Guatemala, which means SU will have formal partnerships with all three Jesuit institutions in Central America.

(Pictured: The Bowl of Tears sculpture outside SU's Pigott Building honors the memory of the eight UCA martyrs. Photo by Yosef Kalinko.)