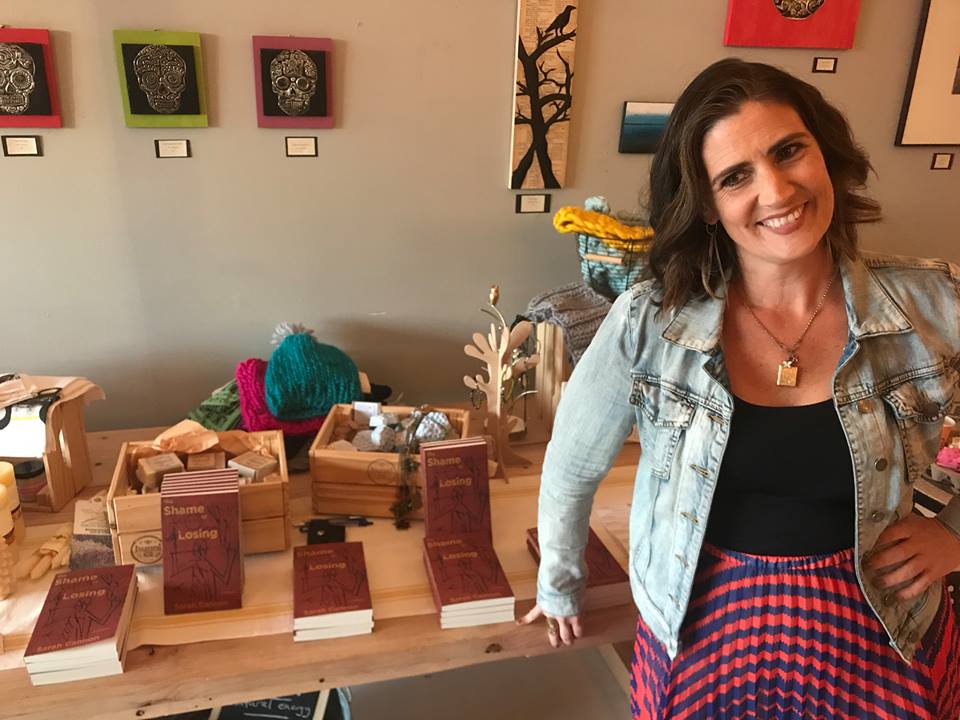 Just a few years into a marriage with two young children and a house in north Seattle, Sarah Cannon had a pretty normal life. And then a day before Halloween in 2007, the phone rang with the kind of news you dread. Her then-husband, who was working as an urban arborist, was involved in an awful accident on the job and was being rushed to Harborview Medical Center. As Cannon would learn upon arriving at the hospital, he had suffered a traumatic brain injury.

The ensuing two months were a blur as Cannon’s husband was in surgery, post-op and in and out of the ICU. Eventually he was discharged. But a long—and never complete—recovery lie ahead.

“There’s kind of a six-month period of grieving that’s allowed,” says Cannon, “but as time went on, I realized this man is not going to be the same man that I married. Our roles reversed and I became everybody’s protector. That was hard on me and that was actually really, really hard on him.”

Cannon, who joined the Department of Computer Science as senior administrative assistant in January, says she had long been drawn to writing. And in those chaotic days, months and years following the accident—filled with coordinating medical appointments, running the household and struggling to make ends meet—she found some refuge in her journal. “I always wanted to write, even if it was just for myself.”

As the stress and strain of her husband’s injury exacted a toll on their marriage, her entries began to take a new form. “The demise of our relationship was happening before my eyes,” she says, “and when he eventually left the family home, I began writing letters to him (in my journal) to make myself feel less resentful.”

In time Cannon got more serious about her emerging craft and enrolled in an MFA program in Creative Writing. It was, she says, “a huge gift to myself.” And when the time came to choose a thesis, her own life experiences from the previous several years surfaced as the story she would tell.

That thesis would become a manuscript and then eventually a memoir titled The Shame of Losing (Red Hen Press, 2018). This summer, she learned that her debut book was nominated for a 2019 Washington State Book Award. (Winners will be announced at a ceremony in October.)

“I really didn’t mean to do a memoir; I really like fiction, to be honest,” she says. “But with a lot of mentoring from working writers, I found a way into the story so I could tell my truth and also document it for my kids.”

In contrast to a more traditional narrative structure, Cannon opted for a form known as “collage memoir” in which different modalities are employed. A good portion of the book is drawn from her journal entries. These vignettes, which provide “insight into a really freaked-out person (trying to figure out)…what to do with that mess,” complement her reflections on the experience a few years hence.

As for the book’s title, Cannon explains: “You’re trying to be these regular people. You’ve made the choice to be married young, have kids. And then this horrible thing happens. I had a really hard time, ongoing, but I put on a good face to survive.

“But there was a lot of shame in not feeling better about things. Everyone else had sort of moved on, but I felt shame in talking about how one day I had my husband and the next day, I did not. You’re supposed to say, ‘Oh my gosh, he’s doing so much better. Oh my gosh, it’s so amazing, it’s a miracle.’ And all those things are true, and yet I not only felt bad about what happened to his body and mind; I felt bad that I lost him. And I felt bad about feeling bad. Traumatic experiences can result in a terrible sense of isolation.”

Rather than focusing on the accident itself or the medical details, Cannon wanted to explore the impact of the experience. “I wanted to be part of the conversation about caregiving and grieving and events that change you forever.”

Getting word of the Washington State Book Award nomination “…was really awesome, except the e-mail initially was blocked by my spam filter,” she says with a laugh.

Since publishing the book, Cannon has been learning on the fly all the ins and outs of being an author. She’s gone on a local mini-book tour and taught a few classes. She says her day job in Computer Science gives her the chance to exercise another part of her brain and she has appreciated getting involved with the university in other ways, including serving on the committee that chose the common text for next year’s first-year students.

Cannon made sure to vet The Shame of Losing with her former husband, who now lives in Oregon. “We have fond feelings toward each other and work on meeting the kids’ needs. It’s a pretty good working relationship.”

Her daughter and son have yet to read the book—they lived it, after all—although they may be more inclined to listen to the audio version soon to be recorded. Most important, Cannon adds, “They’re proud of me. And I’m proud that they saw their mom start and complete a tough creative endeavor. My son did pick up a copy of the book and say, ‘Low-key, this is pretty good.’”

Her kids—now teenagers—may unwittingly be helping to inspire their mom’s next literary pursuit. ”I do feel like I have a working draft of a young adult novel in me,” she says. “I already have some characters that I’ve been getting to know in my head and it will definitely be based around the Northwest, around the north end, like Shoreline.”

But this one won’t be based on her life—not even loosely. “Just adventure,” she says. “That, to me, sounds like fun.”