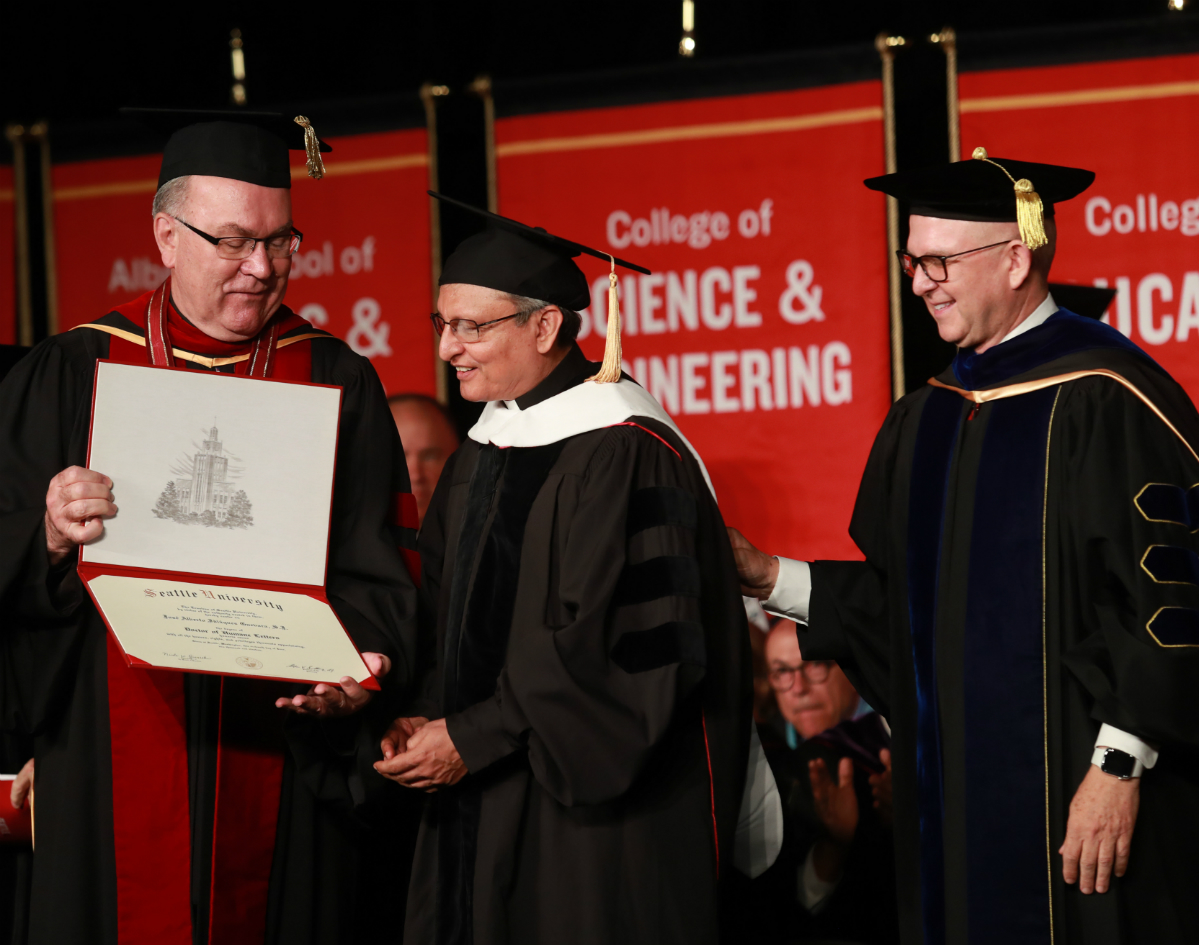 The past year has seen turmoil for Nicaragua, which has been embroiled in conflicts between its president and citizens. Citizens objected to proposed overhauls to social security in spring 2018 and took to the streets of Managua, where peaceful protests were violently repressed. In May 2018, para-police forces fired upon demonstrators who were in front of the gates of the UCA, prompting Jesuit institutions and organizations to speak out in defense of the University and its president, Fr. Chepe. Throughout the month of June, presidents of Jesuit colleges and universities in the United States and Canada issued letters of support, all of which can be found at ajcunet.edu/nicaragua.

In 2019, conflict has continued and Fr. Chepe himself has been targeted with death threats (NPR 2019). He remains a steadfast leader of the UCA, where he has served as president (known as “rector” in Nicaragua) since 2013. The UCA is a member of the Association of Jesuit Colleges and Universities in Latin America (AUSJAL) and has strong ties to Seattle University, which were formalized with a Memorandum of Understanding (MOU) in 2014. Through the MOU, students and faculty have had opportunities to visit both countries and engage in course work, service programs and collaboration together.

In his remarks on the conferral of Fr. Chepe’s honorary degree, Fr. Sundborg said, “Fr. Chepe is an engaged scholar, compassionate priest and a courageous leader. His has been a lifetime commitment as a Jesuit to minister to the most excluded communities in the poorest countries in Central America and to use education for the betterment of others. As rector of the UCA, he engrained in the University’s mission a commitment to putting Jesuit education in service of those most in need. With violence literally at the doorstep of the University and while facing death threats, Fr. Chepe stood with and for the people, sacrificing his own safety for the well-being and good of others. He is a beacon of hope, an instrument for peace, and champion for the poor and persecuted. Seattle University is proud to be the UCA’s partner in Jesuit education.”

Rev. Michael J. Sheeran, S.J., president of the Association of Jesuit Colleges and Universities (AJCU), also offered remarks on Fr. Chepe’s honorary degree and service to the Society of Jesus. He said, “Fr. Chepe has spoken truth to power. Power has invaded his campus, attacked and arrested his students, cut in half his operating budget and threatened his life. Still he – with his University community – has stood firm and constant in pointing out the government’s abuses of its own citizens as they protest for their rights. I’m delighted he’s been recognized by Seattle University and am proud to see a Jesuit institution honor an outstanding Jesuit.”

Editor's note: View a slide show of Fr. Chepe at commencement and signing an extension of the MOU with Seattle U. A video of his receiving the honorary degree during commencement is here.