Written by Karen Bystrom, College of Arts and Sciences 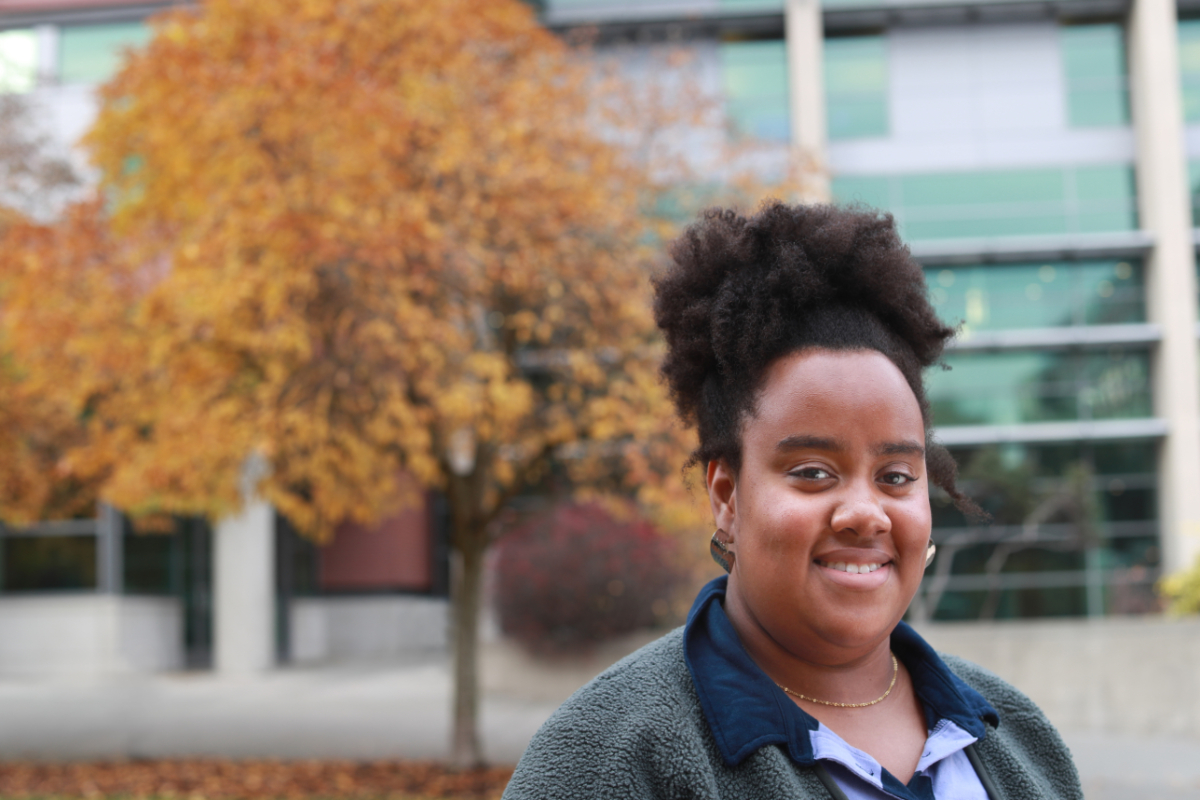 Seattle U senior Serena Oduro is a finalist for both a Rhodes Scholarship and a Marshall Scholarship, among the most prestigious national fellowships.

“Serena has an impressive talent for both thinking big about complex, important issues and delving deeply into a subject to tease out important nuances,” says Professor Theresa Earenfight, PhD, director of the Office of Fellowships and Student Research and program director of Women and Gender Studies. “And she does this with the innate skills of a diplomat who is interested in bringing groups together to work on some of the most vexing problems we face on the ethics of technology in a global context.”

Oduro will graduate from Seattle University in 2020 as a Sullivan Scholar with a major in History and minors in Business Administration, Chinese and Philosophy. She has pursued her interests in art, media and human rights as a Fulbright UK Summer Institute recipient, marketing intern at the Whitney Museum of American Art and as a Humanity in Action Warsaw fellow. Additionally she is co-president of Seattle University’s nationally competitive Ethics Bowl team and a member of the College of Arts and Sciences Leadership Committee on Intersectionality and Justice. After graduation she plans to pursue a master’s in Internet policy.

The final recipients for the scholarships will be announced in late November.

About the Rhodes Scholarship

About the Marshall Scholarship

Founded by a 1953 Act of Parliament, and named in honor of U.S. Secretary of State George C. Marshall, the scholarships commemorate the humane ideals of the Marshall Plan and they express the continuing gratitude of the British people to their American counterparts. Marshall Scholarships finance young Americans of high ability to study for a degree in the United Kingdom. Up to 40 scholars are selected each year to study at the graduate level at an UK institution in any field of study.