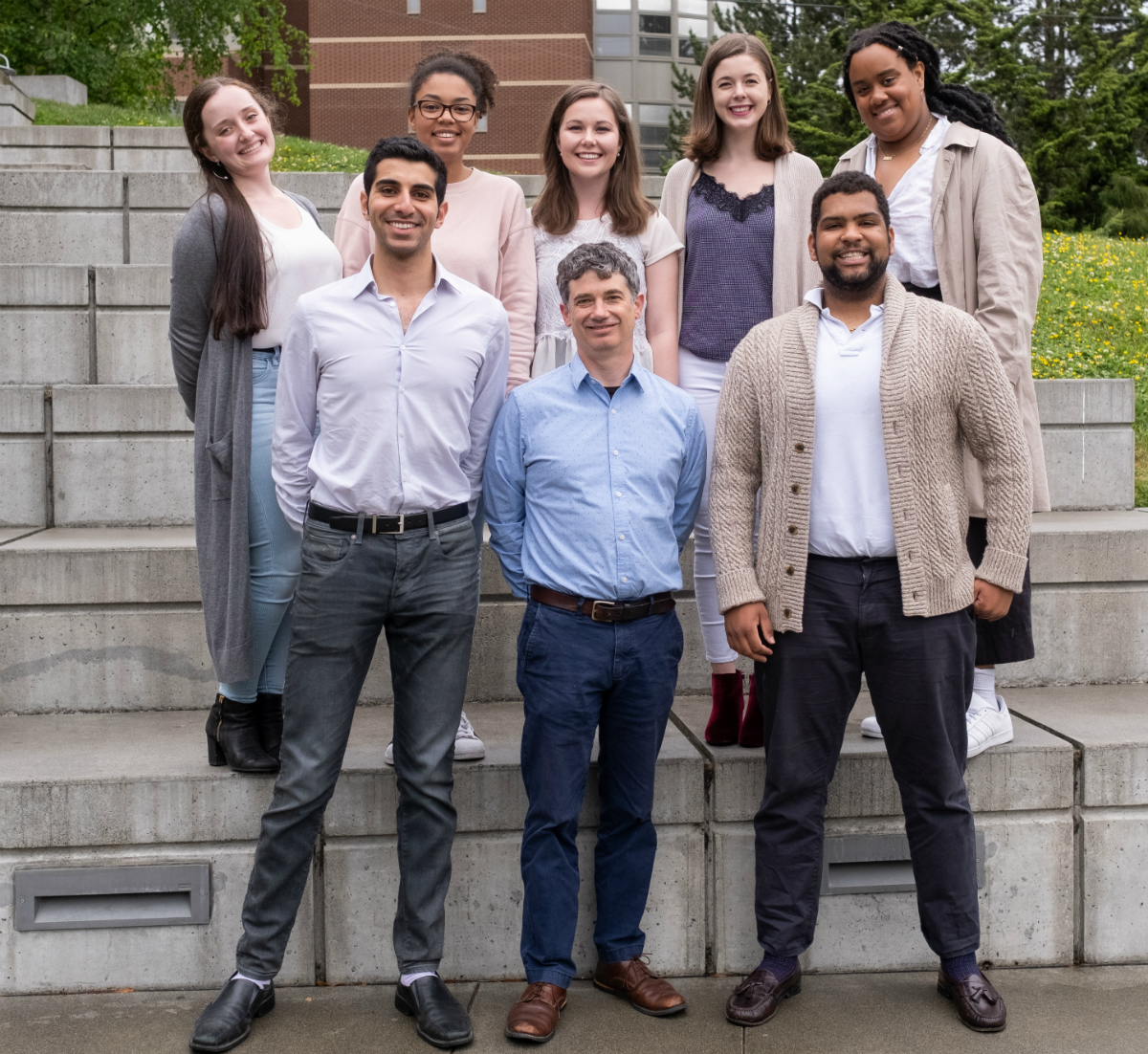 The way Ben Howe sees it, the Seattle U Ethics Bowl team he coaches that finished #6 in the nation this year is a great achievement—but not the be-all and end-all.

The way Ben Howe sees it, the Seattle U Ethics Bowl team he coaches that finished #6 in the nation this year is a great achievement—but not the be-all and end-all.

“It’s great that we have done well but the most amazing thing is the research the students do and the educational opportunities they are given,” says Howe, a senior instructor of philosophy and acting associate director of the Matteo Ricci Institute.

Howe is passionate about the doors that have opened to Ethics Bowl team members, including fellowships, independent study projects and research.

“If you’re in it for the long game, it’s better to build a program that can serve our students’ educational goals,” he says.

And this philosophy has served team members well.

Take Tatianah Summers, sophomore biology major with a double minor in philosophy and ethics, who will begin a paid fellowship this summer at the University of Washington Center for Neurotechnology. Summers learned of the opportunity after meeting UW philosophy Professor Sara Goering at a mock Ethics Bowl competition where Goering was a judge.

“It is a 10-week program and I get to work on a personal research project that will culminate with a presentation at the end of the summer,” says Summers. “Their lab works on looking at the intersection of science and ethics and why it's important to always critically observing those relationships.”

Graduating senior and philosophy and English major Margaret Roberts, who participated on the team for one year, obtained two prestigious fellowships this summer, one at the Abigail Adams Institute in Cambridge, Mass., followed by a 2019 John Jay Fellowship in Philadelphia. The John Jay fellowship program is intended to prepare fellows for careers in public service, whether they take shape in the public, nonprofit or for-profit spheres.

“My background in the Ethics Bowl helped make me uniquely situated for this fellowship and was a key talking point in the interview process,” says Roberts.

Students’ time on the team has paid dividends in other ways. John Gavin, a senior who will graduate this June, spent four years on the team and will begin a job as an auditor at Ernst & Young.

“The skills are transferrable, such as critical thinking. They made me different from all of the other accountants in the eyes of recruiters,” Gavin says. “Most of us have great analytical skills and great math skills but not a lot of people talk about ethical issues on a daily basis and really analyze them and have this philosophical background. So it was really valuable for me in getting the job.”

“For example, we studied intersex athletes before Caster Semenya’s story, we worked on Facebook privacy issues two years before we started reading about it in the New York Times and we studied felon voting rights before Florida’s ballot initiative, just to name a few,” says Howe.

The team did very well this academic year, finishing as the runner-up at the Northwest Regional Intercollegiate Ethics Bowl, which earned the team a spot to the national competition, at Pacific Lutheran University last November. It finished sixth place overall at the National Intercollegiate Ethics Bowl held in Baltimore in early March. The nationals put the teams in front of major sponsors, including the American Association of Retired Persons (AARP) and the federal Office of Research Integrity.

“It is very clear that we have an incredibly gifted team of students working to better understand ethics,” Summers says. “Everyone on the team has an intense desire to think about difficult subjects and propose solutions, which is incredibly refreshing in today's climate.”

Wrestling with the kinds of cases that are featured in the Ethics Bowl also shows students that a broad, Jesuit education is practical. All of the major issues that we face in society require input from many different fields. Thinking about climate change policy, for example, demands knowledge of climate science, economics, law and more. And, if you want to think about which policy options are more just, you need some training in ethics, or at least know about competing conceptions of justice, according to Howe.

“Or, to take another issue that the team has worked on several times, thinking about transgender and intersex athletes requires students to learn about the biology of sex, the anthropological literature of gender identification and the laws that govern international sports competitions,” Howe says.

Looking ahead, the university’s Institute for Catholic Thought and Culture (ICTC) awarded Howe one of its Course Development Summer Stipend Initiative grants. These grants encourage the development of undergraduate and graduate courses concerned with, or connected to, Catholic thought and culture in order to increase student engagement with Catholic ideas, issues and applications in a variety of disciplines.

“Ben’s excellent proposal was exactly on target since his course will utilize resources from the tradition of Catholic social teaching to work out complex ethical issues on the debating platform,” said Patrick Howell, S.J., ICTC interim director. “Additionally, he already has a superb track record with his previous teams and competitive meets.”