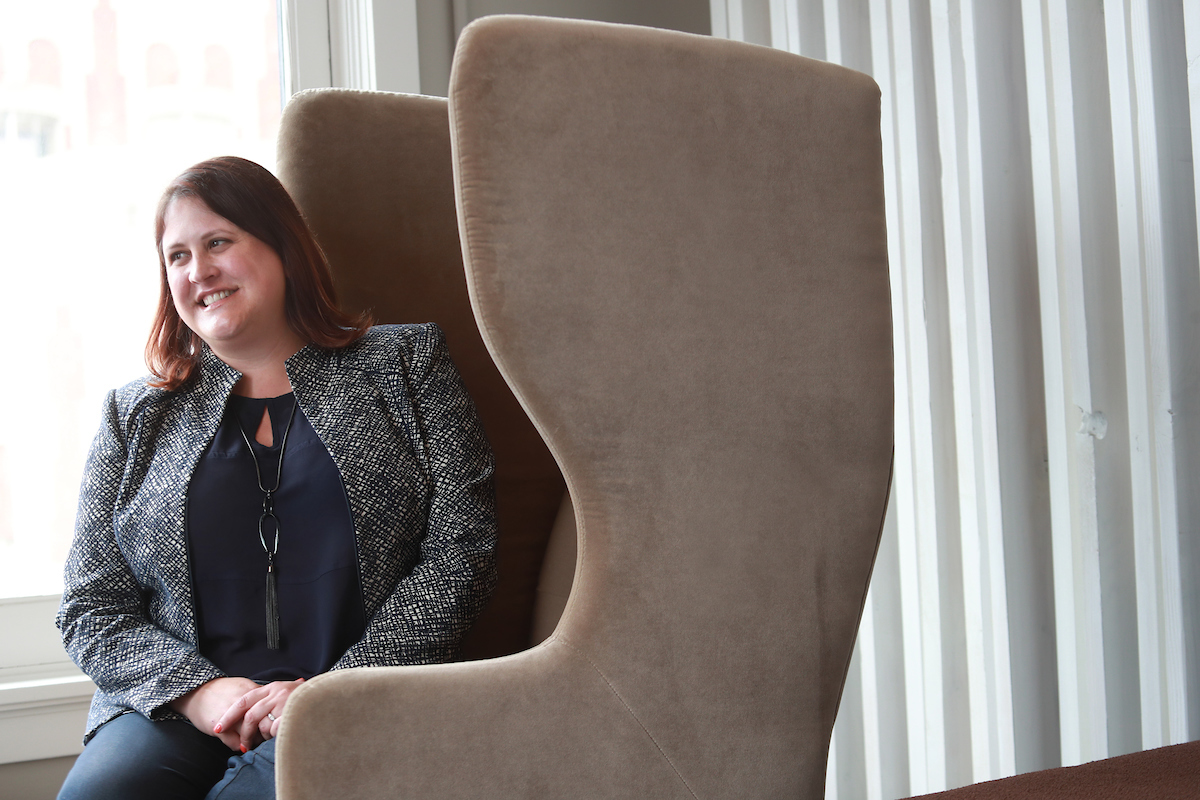 School of Law graduate Melissa Arias is helping make life better for countless children who are recipients of Make-A-Wish® Alaska and Washington.

While relatively new to the role of president and CEO at Make-A-Wish® Alaska and Washington, Melissa Arias, '01 JD, has fully embraced the organization's mission.

Today, there are enough children waiting for their wishes to be granted to fill more than seven school buses.

Children like Ainsley, who wears a cochlear implant, wished to have an inclusive outdoor space fitted with a metal-roof swing so that she could hear the rain. There was Jack, whose wish was to have his classic Ford pickup, gifted to him by his late grandfather, given a cosmetic makeover. Or Sawyer’s wish for what he called a “chicken mansion,” otherwise known as a chicken coop, that came complete with a family of chickens.

“It takes a mound of community support to rally around these children and make their wishes come true,” Arias says. “That’s what makes Make-A-Wish truly special and unique: it’s a wonderful conduit to bring together people who want to help others in their community.”

While her tenure as President & CEO of Make-A-Wish® Alaska and Washington has just begun, Arias has fully embraced the organization’s mission, pointing to a first of its kind study by Nationwide Children’s Hospital that shows that patients who are granted a wish are more likely to have fewer unplanned hospital and emergency department visits.

“We’ve known anecdotally for years that wishes are more than nice—they’re a necessary part of patient care,” says Arias.

Arias always knew she wanted to make a difference. Growing up in Woodinville, Wash., she dreamt of going to law school. “At the end of the day, I understood I wanted to help people. I really felt like everyone’s voices needed to be heard,” she says.

After completing her undergraduate degree in political science at the University of Washington in 1997, Arias enrolled at Seattle University School of Law.

“From the moment I walked on campus, SU was an inviting place. There was academic rigor, a place for intense deliberation of ideas and ideals but at every step faculty, staff and administration were accessible and welcoming,” she says. “It was an incredible learning environment with the appropriate balance of challenge and a community to dust us off when we failed and encourage us to learn from it.”

After Arias received her Juris Doctor she landed a job at Bricklin & Gendler, LLP, a plaintiffs firm that represented environmental issues. Though she loved the conceptual side of being a lawyer, she had her doubts. She says, “I began to have this crisis of conscience and started asking myself, is this how I want to spend the rest of my life?”

With a strong sense of urgency to help those in need, she volunteered on issues of homelessness for various nonprofits on behalf of her firm through the early 2000s. In 2004, Terri Kimball of Domestic Abuse Women’s Network (DAWN) took over the struggling organization and approached Arias to consider signing on as Director of Development and Community Relations. Ready to make the move to a nonprofit leadership role, Arias accepted the position.

During her time at DAWN, she executed key fundraising objectives and gift planning that positioned the organization to deliver on the promise of protecting women and children from domestic abuse in South King County.

In 2009, she parted ways with DAWN and went on to start the alumni relations arm at the University of Washington Bothell as Director of Advancement. She quickly rose through the ranks to Assistant Vice Chancellor for Advancement. Under her leadership, she focused on fundraising and on campus development activities, committed to bringing first generation students to college.

It wasn’t until February of 2018 that she got the call to interview for the role at Make-A-Wish and, drawn to the idea of bringing joy to children and families challenged by chronic or terminal illness, she accepted the offer.

She reflects on how her education prepared her for a leadership role in serving others and gave her the tools needed to incite change.

“SU taught me that all people have value, that all dreams and ideas are to be nurtured, and that each of us have a tremendous opportunity to help one another realize and achieve this,” she says. “Embracing that spirit helps to lift one another up and is a wonderful catalyst to unite and strengthen a community. Those same lessons are ones I apply every day at Make-A-Wish.”

She recalls one of her early wishes, an 11 year-old boy named TJ, who wished for a custom golf cart. A group of community supporters turned out on a cold morning in Bremerton, where the local police and fire department were waiting to start a parade that ended with the delivery of TJ’s cart. “The pure joy in his face cemented in me why Make-A-Wish Alaska and Washington is on a quest to bring every eligible child’s wish to life, because wishes are an important part of a child’s treatment journey.”

Learn more about Make-A-Wish® Alaska and Washington at https://akwa.wish.org/.

•Every day, at least one child in Alaska and Washington is diagnosed with a critical illness.

•Make-A-Wish® Alaska and Washington has granted wishes to nearly 7,100 children since 1986.

•Children who qualify for wishes are between age 2-1/2 and 18 years old and living with a degenerative, progressive or malignant condition.

• 53 percent of children have cancer or blood disorders