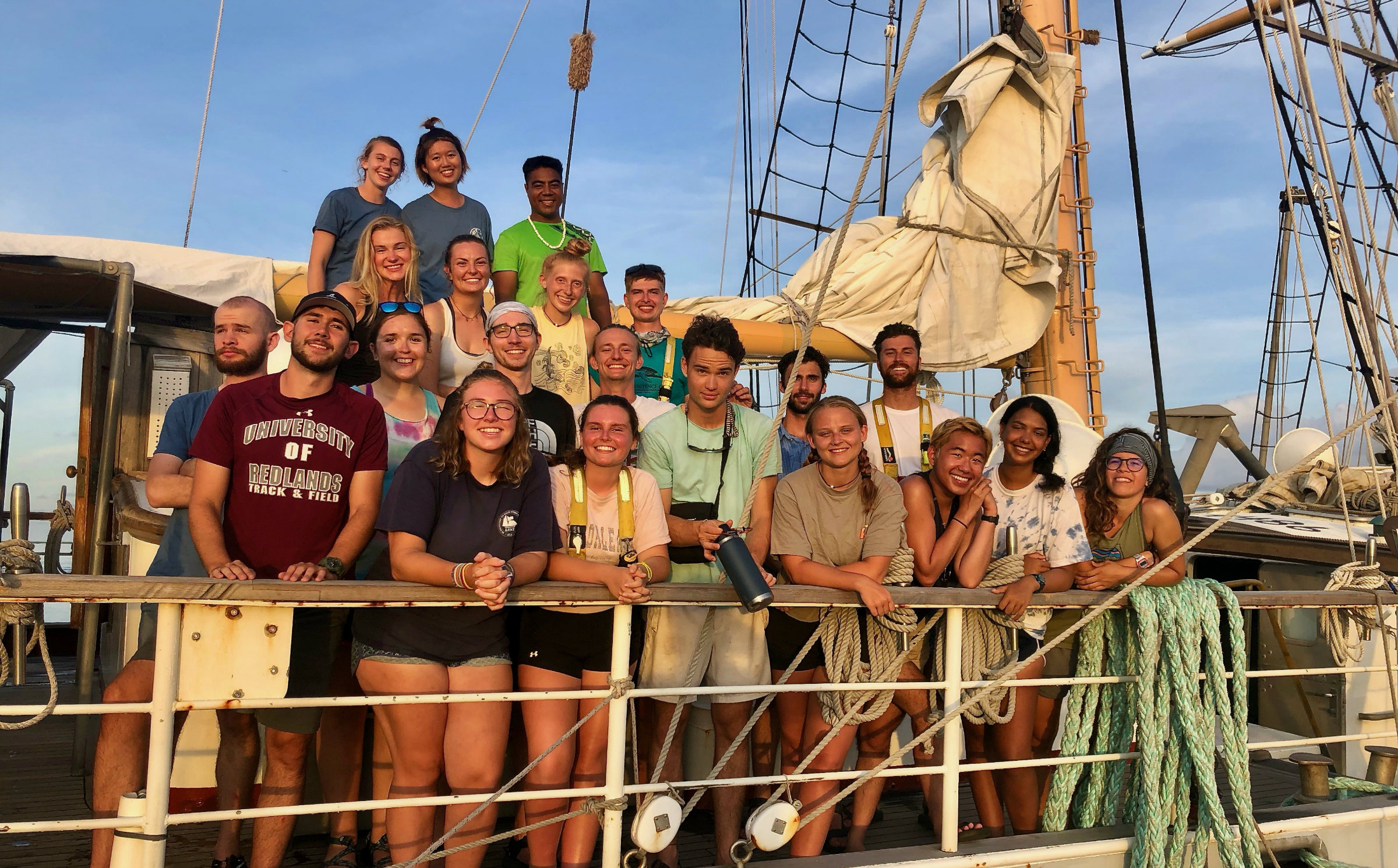 SU student Michelle Simoni (pictured far right here and right below) was part of a team that did research aboard the SSV Robert C. Seamans.

Seattle University student Michelle Simoni, ’20 (Computer Science), sailed this summer with SEA Semester on a scientific research voyage to the remote Phoenix Islands in the Pacific Ocean. The Gilroy, Calif., native was one of a select group of undergraduates from diverse colleges and universities who conducted research that will assist in the ongoing development of an effective conservation plan for the region.

The Phoenix Islands Protected Area (PIPA) is one of the last remaining coral wildernesses on earth, about which little is known. An expanse of ocean about the size of California, it is the largest—and deepest—United Nations Educational, Scientific and Cultural Organization (UNESCO) World Heritage site, with eight spectacular and fauna-rich coral atolls. 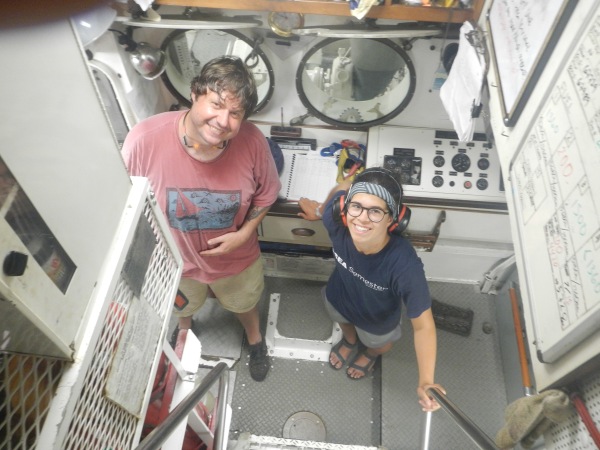 Through an eight-week SEA Semester summer program called Protecting the Phoenix Islands, students collected samples from the marine environment to assess the effects of climate change, including coral bleaching. By providing real-time data, student projects will compose a picture of the state of the ocean for the benefit of the PIPA management office in Kiribati.

According to SEA Dean Paul Joyce, Ph.D., “PIPA is one very few regions on earth where scientists can study an intact ecosystem and its response to climate change. At SEA, we’re therefore extremely grateful to have the opportunity once again to work with the government of Kiribati and with our scientific partners to study this extremely isolated and important island nation, which can serve as a climate change benchmark on a global scale.”

Read Simoni's reflection on the experience at SEA Currents.

The students worked as crew members and scientists aboard the 134-foot SSV Robert C. Seamans, the most sophisticated oceanographic research/sailing school vessel ever built in the United States. From Pago, Pago, American Samoa, they sailed approximately 2,000 nautical miles across open ocean to the Phoenix Islands Protected Area where they spent three weeks conducting their research. The expedition concluded back in American Samoa on Aug. 12.

An internationally recognized leader in undergraduate ocean education based on Cape Cod, SEA has educated students about the world’s oceans for 45 years and more than one million nautical miles sailed.