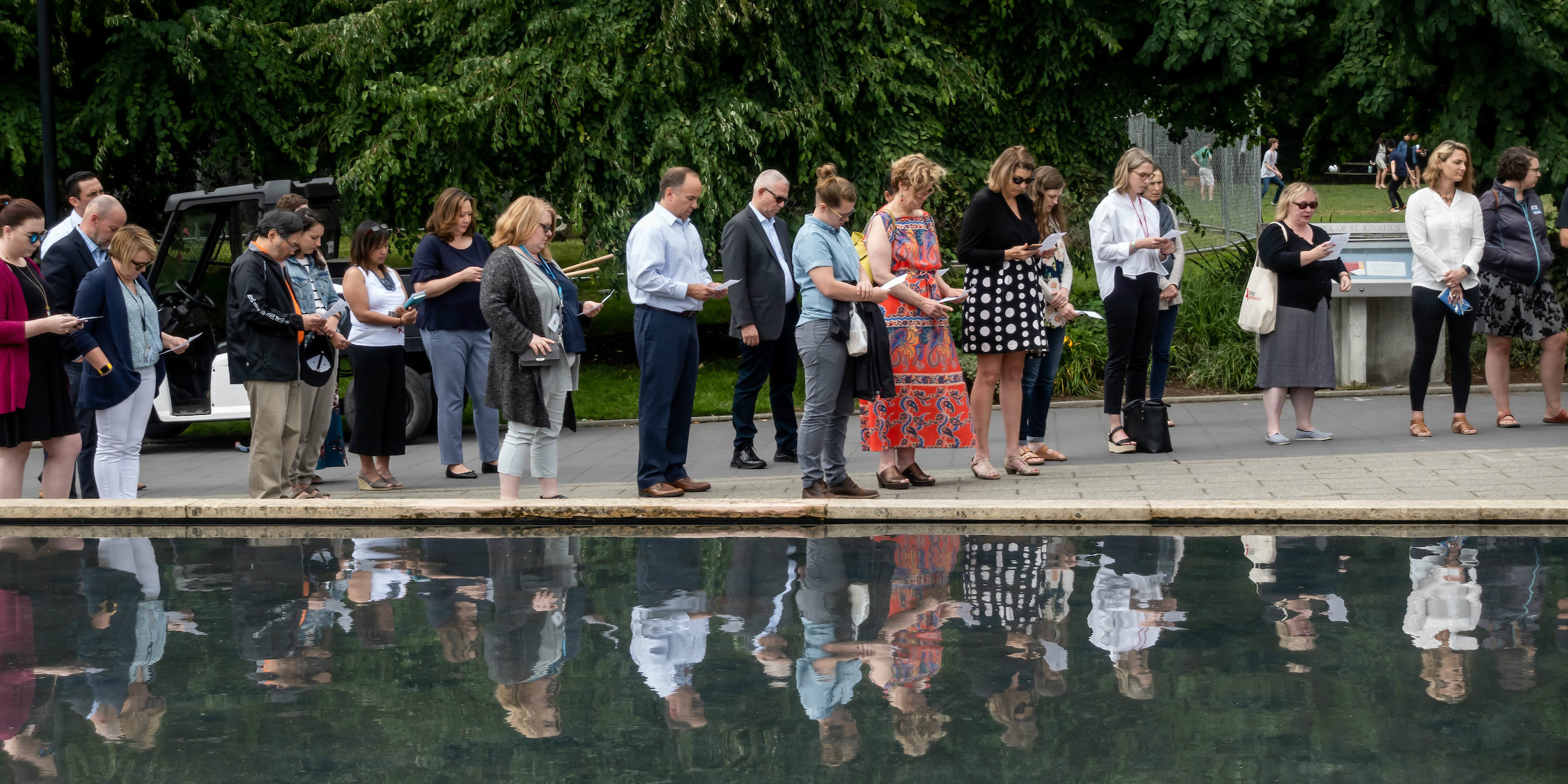 The Seattle University community gathered Aug. 7 at the Chapel of St. Ignatius to remember the victims of recent shootings throughout the country.

“We are shaken by and grieving the senseless killing of more than 30 people in El Paso, Texas, Dayton, Ohio and Gilroy, California this past week," President Stephen Sundborg, S.J., wrote to the campus community on Aug. 5. "As we join these communities in mourning and prayer, we hold in our hearts those who were killed, their loved ones, the many who were injured and all who have been affected by these horrific acts of gun violence.

“We cannot condemn strongly enough these acts of gun violence and domestic terrorism, and the hatred, racism, white supremacy, xenophobia and violent extremism behind the epidemic of mass shootings in America. Further inaction in addressing gun violence is not acceptable. A sense of urgency, moral leadership and collective action are needed to do everything possible to prevent more such tragedies from happening.”