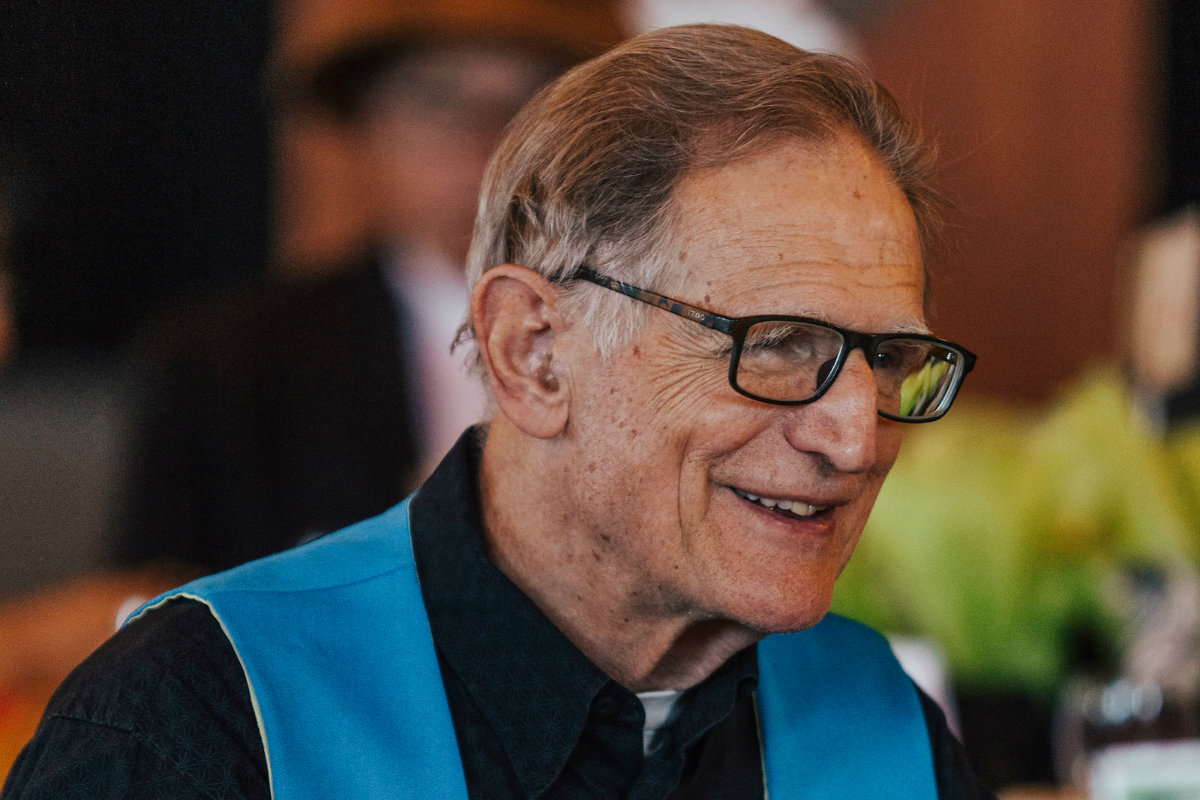 Patrick Twohy, S.J., was honored for his work in community with Native peoples as part of “Go Deep with IPI,” an event hosted by the Indigenous Peoples Institute on June 4. Three hundred guests, including representatives from a number of tribes and Native communities, took part in the celebration, through which more than $195,000 was raised for the Indigenous Peoples Institute Pat Twohy, S.J. Endowment. The endowment supports events, academic programs and indigenous students at SU.

“We truly went deep together!” Christina Roberts, director of the Indigenous Peoples Institute, said of the evening. “All of the love expressed throughout the evening reveals the depths of our connections, especially around our love for Father Pat, and this energy will sustain and carry us all into the future stronger together.”

Visit Go Deep with IPI for a slideshow of images from the event.

Actively involved with IPI, Father Twohy has lived with and served the Native peoples of the Pacific Northwest for more than 40 years. In an interview with the American Indian Republic, he spoke about working and being with Native peoples and all that he has learned from the experiences. It is in these communities, Father Twohy said, that he has encountered “an intensity of love that I’ve never found anywhere else.”

Part of the College of Arts and Sciences, IPI supports Native student success at Seattle University and raises awareness about issues of importance to local and global indigenous peoples. Through on-campus events and activities that include the broader community, IPI seeks accountability to Coast Salish and Urban Native peoples and the lands we now share. Learn more at Indigenous Peoples Institute.