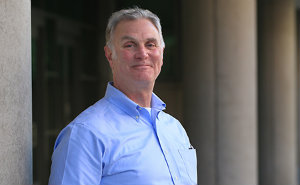 Dan Dombrowski, professor of philosophy, delivered the 70th Annual Presidential Address to the Metaphysical Society of America Conference in March. The title of his address was “Metaphysics, Political Philosophy, and the Process of Liberal Political Justification.” The conference was held at SU this year after having taken place at Harvard University and the United States Naval Academy the previous two years. Dombrowski is currently serving a one-year term as president of the society.

Dombrowksi has also authored a book, Political Liberalism and Process Philosophy: Rawls, Whitehead, and Hartshorne, which will be published by Edinburgh University Press in June. In the book—his 20th—Dombrowski defends both the processual character of political liberalism and the politically liberal character of process thinking. In addition, he defends political liberalism against illiberal tendencies on both the political right and left.