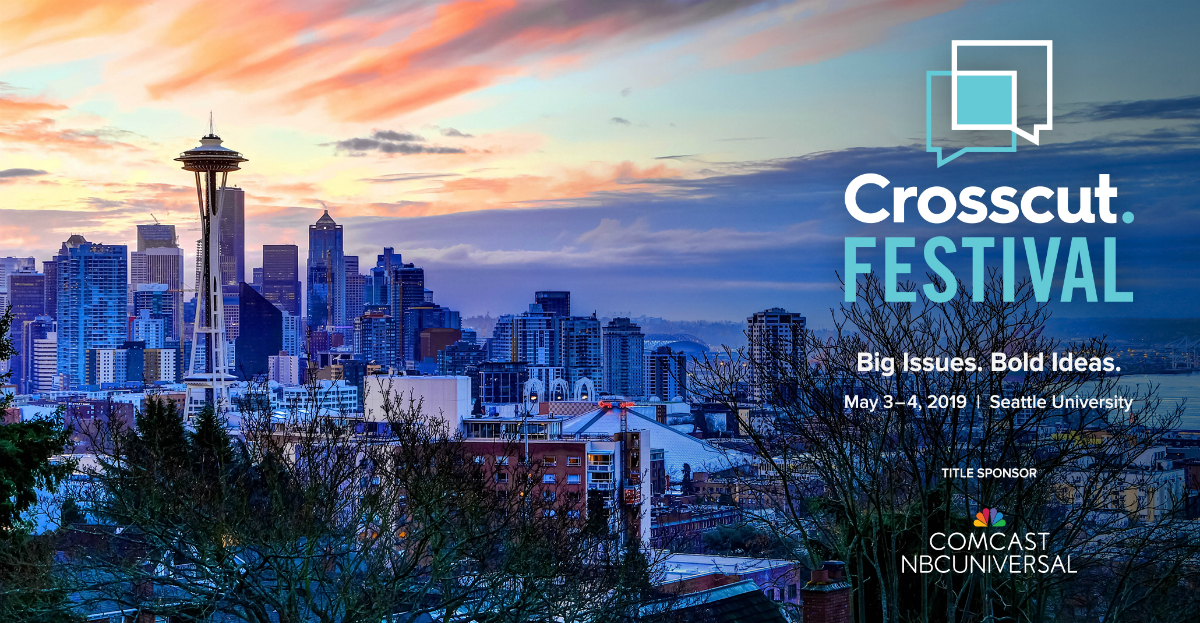 The Crosscut Festival in early May brought more than 1,600 people to Seattle University.

The Crosscut Festival in early May brought more than 1,600 people to Seattle University. Integral elected and public officials, business leaders and thinkers, and cultural luminaries made the program fantastic and allowed every attendee to engage in big ideas, great food, and community. A few of the biggest draws of the day included Congresswoman Pramila Jayapal, Obama Administration advisor Valerie Jarrett, Attorney General Bob Fergusen, and, of course, Macklemore and Doug Baldwin discussing social justice and activism.

Seattle University academic leaders contributed to the Crosscut Festival on a variety of topics. To name a few, Connie Anthony, an associate professor of political science, discussed the troubling aspects of slipping support for democracy, professor of economics Meenakshi Rishi contributed to a fascinating panel on the future of work, and Catherine Hinrichsen, the director of Seattle U’s Project on Family Homelessness moderated a panel on economic growth, gentrification, and affordability.

“Equally conversing with policymakers and an advocate serving the people most impacted by the policymakers took a lot of preparation,” said Hinrichsen, “I enjoyed participating very much.”

The Crosscut Festival will be back on campus next year. Expect it to be even bigger, even better, and even bolder. Hope to see you there!