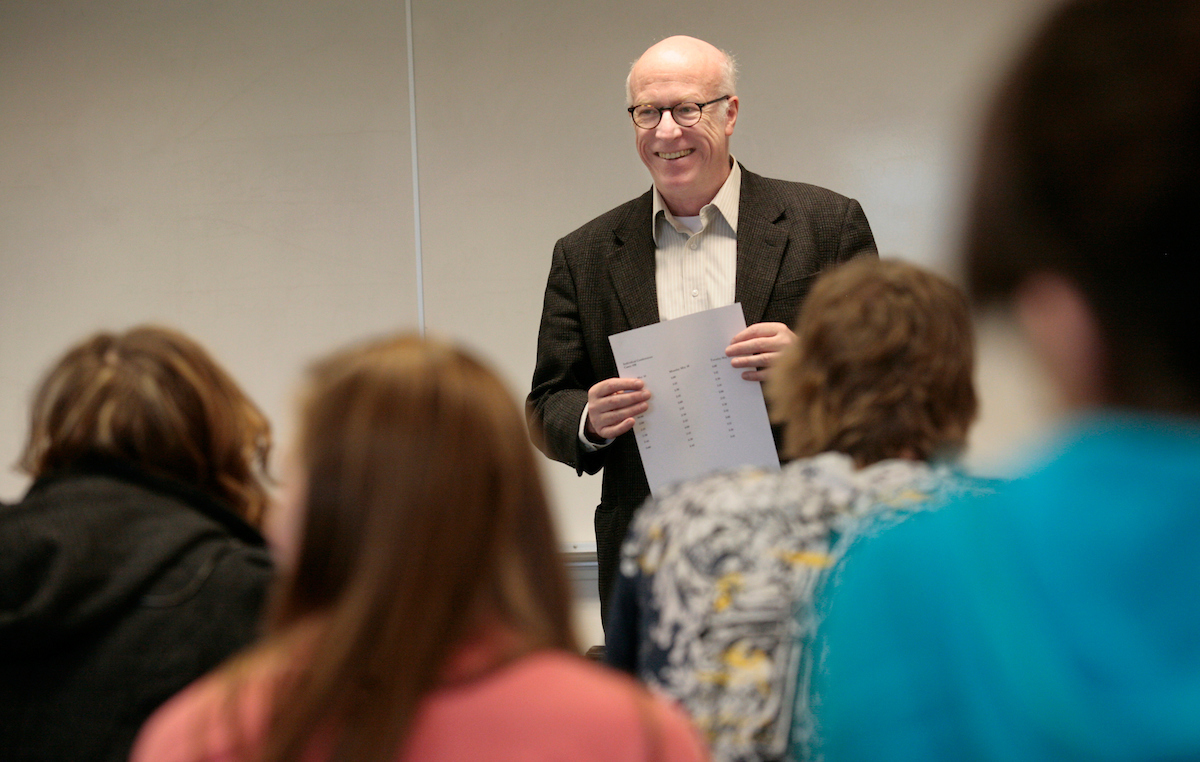 Jerry Cobb, S.J., recently marked his 50th anniversary of joining the Society of Jesus—or the Jesuits. (Also this year, another SU Jesuit, Peter Ely, S.J., is marking the 50th anniversary of his ordination as a priest—visit Becoming a Jesuit for a review of the process by which Jesuits become ordained and take their final vows.)

During his time on campus, Father Cobb has been integrally involved in a number of significant projects and initiatives, including, among others, the construction of the Chapel of St. Ignatius, the Sullivan Scholars program, the enrichment of the art collection on campus, and of course as a member of the faculty. He recently shared some thoughts on his 50 years as a Jesuit.

The Commons: What stands out as most memorable from the day you entered the Jesuits?

Father Cobb: I entered the Jesuits in late August of 1969 along with 11 other men, including Roger Gillis, who had so many wonderful years working here at SU. Exploring the spiritual life and Jesuit values with people like Roger has been one of the great blessings of my life.

The Commons: What has brought you the most joy as a Jesuit priest?

Father Cobb: Being a Jesuit priest is a little bit like having a front-row seat on some truly memorable and moving moments in people’s lives. In weddings or baptisms, in a hospital room or hospice, or teaching regularly in a classroom, I believe the Society has given me remarkable ways to serve.

The Commons: What are your current roles at SU and what do you enjoy most about what you do?

Father Cobb: I’m still teaching in the English Department and that gives me a wonderful opportunity to engage today’s young people in their intellectual lives. I also serve as assistant to the president, and in that role I collaborate with Fr. Sundborg on a variety of projects and I participate in meetings of the Board of Regents.

Father Cobb: When I entered the Jesuits 50 years ago it would have been difficult to predict today's Church and world—there are so many new opportunities (such as for ecumenism and empowerment of laypeople within the Church), and there are also so many challenges we are freshly aware of, particularly environmental challenges.