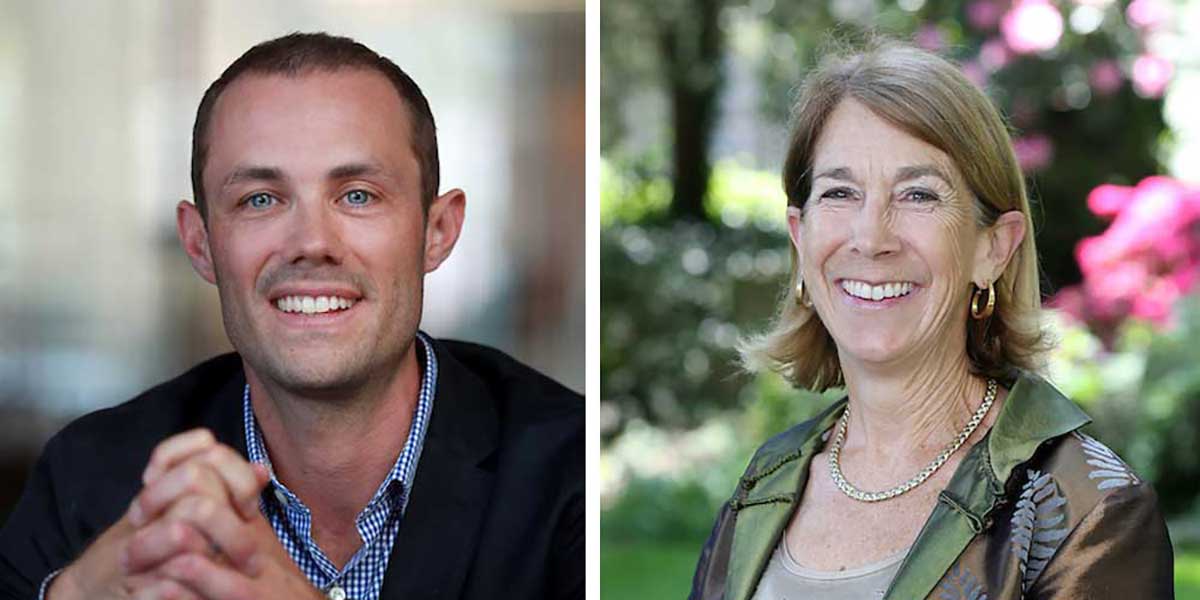 Maureen Brotherton, ’96 MNPL, and Andrew (Drew) Herdener, ’01, have been appointed to the university’s Board of Trustees to serve four-year terms.

Seattle University alumni Maureen Brotherton, ’96 MNPL, and Andrew (Drew) Herdener, ’01, have been appointed to the university’s Board of Trustees to serve four-year terms.

Brotherton holds a master's in Not-for-Profit Leadership. She has a longstanding history of service at Seattle U, having served on the Leadership Council of the College of Arts & Sciences since 2004 and the Annual Fund Committee for MNPL. Since 2009, she has served on the Board of Regents, including as chair from 2014-2016.

Herdener graduated from Seattle U with a degree in communication/public relations. Post-SU, he got a job as a public relations manager for the Seattle SuperSonics before taking a job at then-fledgling company, Amazon. Today, Herdener is VP of Global Corporate and Operations Communication at the online retailer. Currently, Herdener is a member of the campaign task force for the university's new Center for Science and Innovation.

"Drew and Maureen are valuable additions to our board, not only because they are highly-respected alumni but because each brings unique backgrounds and leadership experience in organizational governance and civic engagement," said university President Stephen Sundborg, SJ. "Seattle U is very fortunate to have them join the board and share their thoughtful insights and wise counsel."

Born and raised in Seattle, Brotherton served 11 years as president and founding director of Teens in Public Service (TIPS) after founding the organization in 1997 along with her daughter, Tia Brotherton Heim. TIPS’ mission is to develop future leaders committed to their communities. TIPS selects teenage leaders for paid community service internships and places them in nonprofits, providing fulfilling work experiences that benefit the community while nurturing caring, compassionate leaders of tomorrow.

Additionally, Brotherton is past president of the Seattle Rotary Service Foundation Board and is active in the Rotary Club of Seattle, which includes Rotary International activities in Ethiopia and in Uganda. She currently serves on the Board of Directors of the Achon Uganda Children's Fund.

The Herdeners support programs such as the Jesuit Volunteer Corps and Seattle Children’s Theatre.