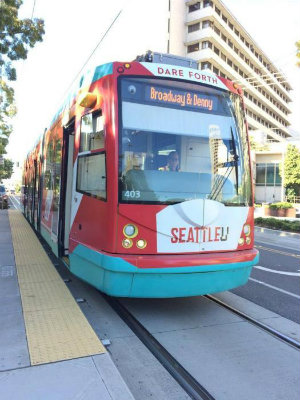 For the third year in a row, Seattle University has been named a Commute Trip Reduction Champion by the Seattle Department of Transportation (SDOT).

The city lauds this year’s Champions for “providing commuter benefits that get results by encouraging and supporting commute modes other than driving alone.”

Nearly half of SU’s community bikes, walks or uses transit for commuting purposes, according to an infographic on the Center of Environmental Justice and Sustainability’s website.

Transportation Coordinator Whitney Wedge will represent Seattle U at a celebration next month to honor this year’s CTR Champions. Christine Gregoire, former governor of Washington and current CEO of Challenge Seattle, will be the keynote speaker.