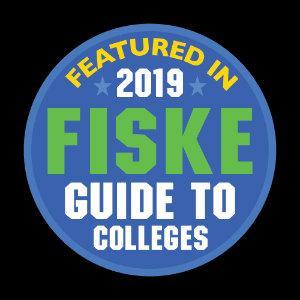 Seattle University is once again featured in the “Fiske Guide to Colleges.” Revised and updated for 2019, the guide aims to provide “an insider’s look at what it’s really like to be a student at the ‘best and most interesting’ four-year schools” in the United States, Canada and the U.K. Begun more than three decades ago by former New York Times education editor Edward Fiske, the guide bearing his name includes about 320 colleges.

SU’s profile reads, in part: “Although Seattle has cultivated a reputation based largely on software, Starbucks lattes, and perpetually gray skies, the city is also home to Seattle University, a vibrant Jesuit institution that attracts just over 4,500 undergraduates to its urban campus. With strong preprofessional programs and a commitment to social and spiritual engagement, SU continues to express its mission to empower leaders for a just and humane world.”

The guide for college-bound students and their families also refers to SU’s campus as an “urban sanctuary” and makes note of the university’s Core Curriculum and the abundance of service-learning opportunities, among other attributes.

“SU students are outgoing, passionate and very intentional when it comes to how they engage in and outside the classroom,” says a social work major quoted in the publication.

Sounds like a pretty good place to go to school, eh?