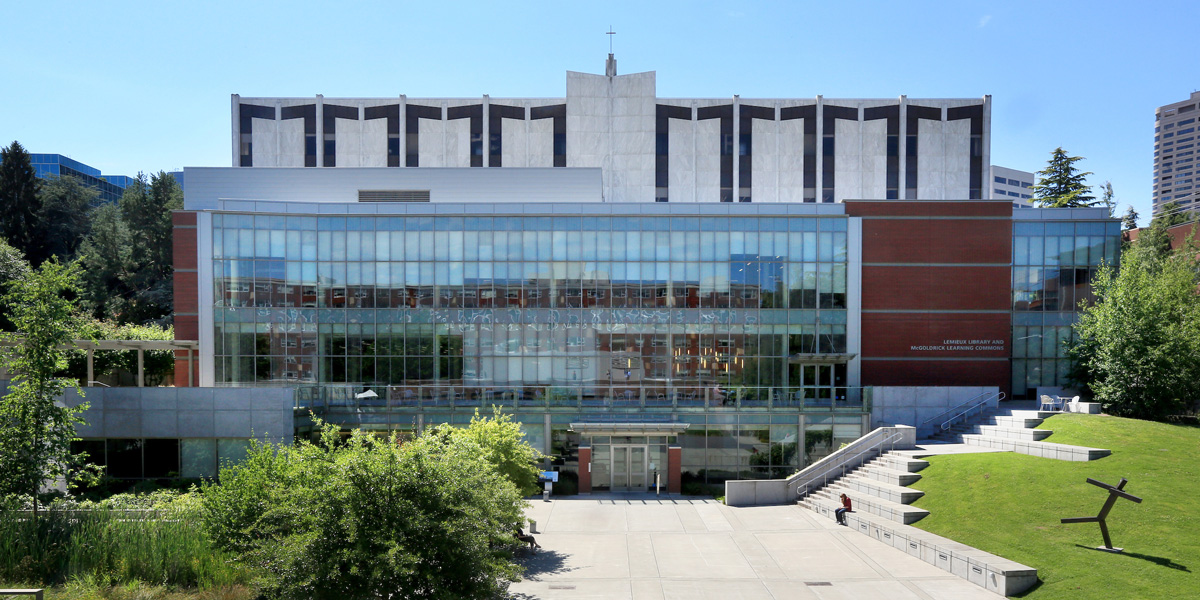 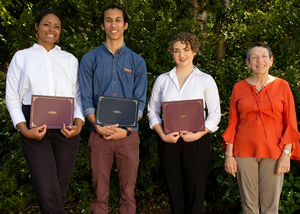 Three students were announced as recipients of the 2018 Undergraduate Research Prize, the Lemieux Library and McGoldrick Learning Commons announced today. The inaugural prize was given to a first place winner and two recipients who tied for second.

“The Selection Committee was extremely impressed to receive such a strong and varied set of applications representing diverse disciplines, research approaches and reflections on scholarship,” wrote Sarah Barbara Watstein, dean of the Lemieux Library and McGoldrick Learning Commons. “The award and its successful launch affirms the importance of encouraging, supporting and celebrating the scholarship of students. We wish to thank the Office of Fellowships and Student Research as a co-sponsor and our selection committee for their contributions to this year’s award.”

Following are the student recipients and descriptions of their projects, as they appeared in the announcement:

Nicolás’s project began with realizing that Ecology and Indigenous/Settler Colonial Studies used the same language but not the same frameworks to discuss concepts of invasion ecology and human colonization.  His project aimed to synthesize his majors in Biology and Sociology and to cross-pollinate their methodologies and frameworks.  His persistent and varied research, deep engagement with sources, and consultation with faculty and peers resulted in thoughtful and original research.  Mark Jordan, the faculty overseeing this Senior Synthesis project wrote, “He took on a challenging topic that merged his two majors (biology and sociology) into an interdisciplinary work of his own creation that was motivated by a clear social conscience. I was particularly impressed with his ability to view fundamental scientific approaches in the lens of a critical theoretical framework from the social sciences.  This paper is one of the best-written I have read in over a decade of teaching undergraduates.”

Tied for Second Prize, $250
Elizabeth Tatara – Finance
“Case Studies of Female Director Appointment Announcements in the DAX 30: A Comparison of Press Releases and News Articles in English and German”

Elizabeth’s project was the outgrowth of a European Union study tour when Germany had recently passed legislation related to female representation on corporate boards.  Intrigued to discover if there had been any subsequent impact on corporate financial performance, she embarked on an independent study project to analyze possible gender biases in the reporting and company press releases announcing newly appointed female board members in Germany.  Her research engaged the existing literature, used local and international academic libraries, and included examining texts in both English and German.  Dr. Valentina Zamora, her faculty member, commented that “she exhibited the self-efficacy, persistence, and patience becoming of a researcher-in-the-making.  I have first-hand observed her love of learning, her insatiable curiosity, and her ability to make logical connections across academic papers, practitioner articles, and observations in practice about her topic of interest.  She is one of the best undergraduate research students that I have had in 10 years.”

Olivia’s project was sparked by scholars from philosophy and indigenous studies and the realization that “there is a deficit of literature which examines the conjoined economic and social liberation of Black and Indigenous people” that might lead to possibilities of collaboration and transformative justice.  This literature review set the stage for her subsequent Sociology honors thesis project.  Olivia reflected on her growth as a researcher describing her success with creating a structure for her research process, the satisfaction of serendipitous and intentional research (including reaching out to scholars in the field) and discovering new services in the library.  Dr. Rachel E. Luft, her faculty mentor observed, “Ms. Klutse is an excellent candidate for this recognition and I give her my highest recommendation. Ms. Klutse weaves together several literatures: Black liberation, Indigenous sovereignty, anarchist mutual aid, and critical land discourse. In doing so she is at the cutting edge of an emergent field: only in the last very few years have scholars begun to juxtapose these kinds of concerns. In this way Ms. Klutse is not so much studying a field as helping to create it.”

Full information about the winning research projects can be found here.