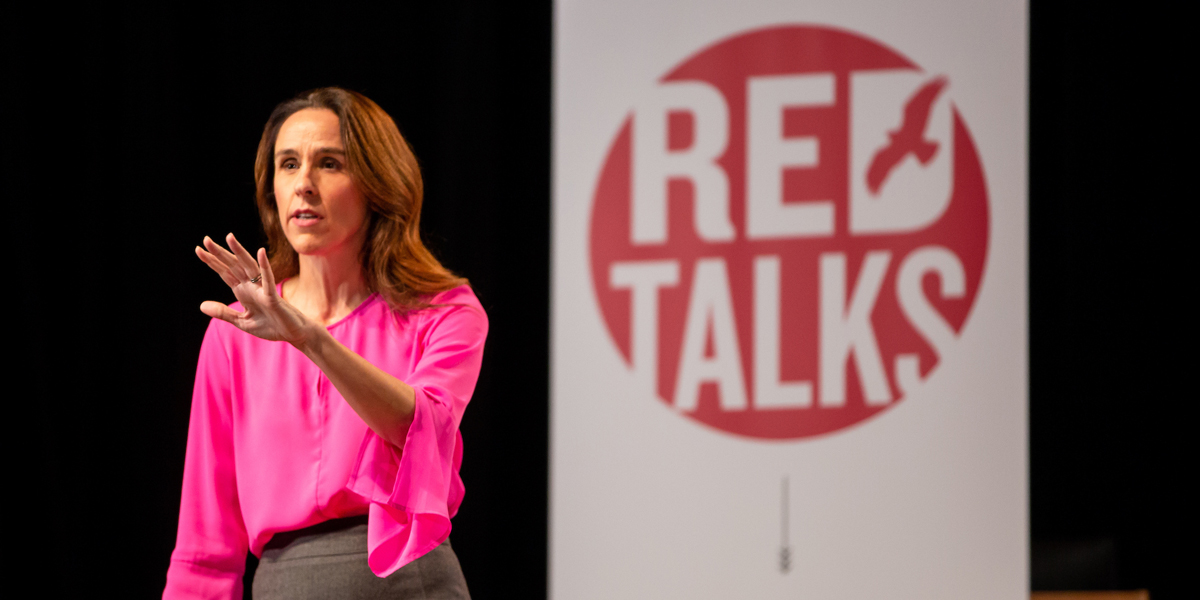 Led by the Office of Diversity and Inclusion in partnership with the Office of the Provost, Red Talks, with the tagline “uncommon voices on topics that matter,” is a quarterly series that aims to “elevate voices and advance discourse around diversity, equity and inclusion,” said Natasha Martin, the university’s vice president for diversity and inclusion and chief diversity officer. Inspired by our Jesuit values and mission of educating leaders for a just and humane world, this speaker series positions Seattle University as a thought leader on issues that matter in an ever changing world.

The theme for this year’s Red Talks, Women’s Voices at the Intersection, features faculty exploring issues around diversity, equity and inclusion. “At a time when women’s voices are dismissed, diminished and distorted,” said Martin, “it is an important opportunity for us to create a forum to explore women’s leadership within Seattle and beyond.”

Kicking off the speaker series on Dec. 4 was School of Law Professor Brooke Coleman (pictured), who spoke on “Who Makes the Rules? Often, They Are #SoWhiteMale. What Does That Mean & Why Should We Care?” Coleman, co-associate dean of research and faculty development, discussed her recent research into the demographic composition of the Civil Rules Committee, a powerful, but little-known, judicial committee that writes the rules for how civil litigation works.

In an engaging presentation that was at once informative, humorous and inspiring, Coleman spoke to the importance of the Civil Rules Committee, pointing out that the rules it makes impact processes relating to, among others, class actions and information gathering through discovery.

She went on to ask rhetorically whether the lack of diversity on the committee could be a function of the pool of available applicants but debunked the theory by pointing out that federal trial judges, who typically make up about half of the Civil Rules Committee, represent more diverse populations than the committee’s members.

Coleman addressed why diversity is important in terms of entities such as the Civil Rules Committee as well as society-at large. “We should care about diversity because decision-making bodies do better when there are more voices, they mitigate bias,” she said. “The other reason is a moral one…I argue that those in a position of power have a moral obligation to not only create a gateway, but a pathway (for underrepresented people).”

She spoke with hope of SU’s efforts to become a more diverse and inclusive community. “We have a real opportunity here. Because of people like Natasha Martin…and other visionary leaders at Seattle University, we have so many more opportunities to engage, problem solve, community build and, most important, to lead.”

Stay tuned: Professor Coleman’s full talk and the Q&A that followed will be posted at Red Talks.