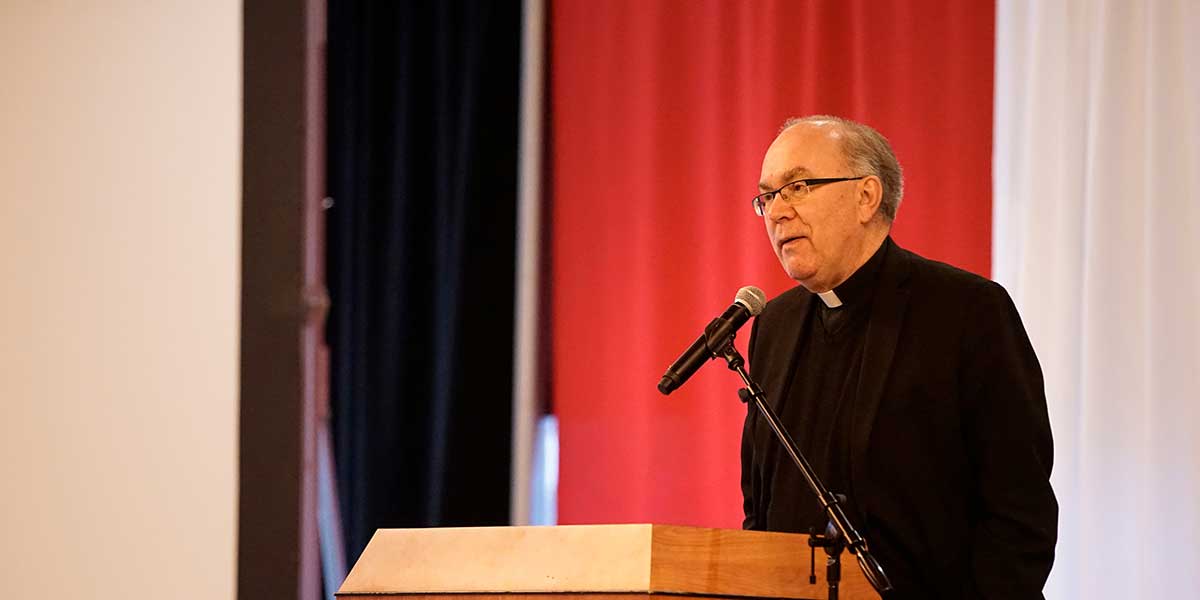 Father Steve updates faculty and staff on recent news and developments at SU.

SU President Stephen Sundborg, S.J., covered a number of issues in his first quarterly forum of the academic year. Among other initiatives, Father Sundborg discussed the following.

Father Sundborg spoke of reports the Trump administration’s is considering ending recognition and protections of transgender people under federal civil rights law. “It’s important for you to know that we will retain our commitment in regard to non-discrimination policies toward all of our students and inclusive of our transgender students at Seattle University, and we will reject and oppose any attempt to roll back protections for our transgender students.”

SU’s Comprehensive Campaign | The university’s campaign, the president, reported has crossed the $200 million threshold. Amazon and Microsoft each recently made significant commitments to the Center for Science and Innovation (CSI), a cornerstone of the campaign. “Our intention is to demolish the University Services Building (which sits on the future site of CSI) in March…and to have the ground breaking for the new building, which is a two-year construction project, in May,” the president shared. The public launch of the campaign is scheduled for fall 2019.

Strategic Plan | The president called the strategic plan “the most important issue of the year” and invited the co-chairs of the steering committee that will guide the effort—Bob Dullea, vice president for planning, and Jen Marrone, professor of management in the Albers School of Business and Economics—to describe the process. The co-chairs announced that a website will be launched soon and laid out three goals for the strategic planning process:

Staff Council | The president reported that the steering committee charged with establishing a Staff Council at SU is going well. “(The committee) is moving forward toward the composition and election of the people who will be on the Staff Council, (which) should be formed by the end of this quarter,” said the president.

Support for UCA Students | In addition, the president reviewed recent news on enrollment, rankings, the university’s decision to divest from fossil fuels and other topics. During the Q&A period, the president encouraged faculty and staff to support a special scholarship fundestablished for students at the University of Central America, a sister Jesuit school in Managua, Nicaragua, which has become embroiled in political unrest and violence in recent months.

A video of the forum will be shared through Campus Announcements when available.