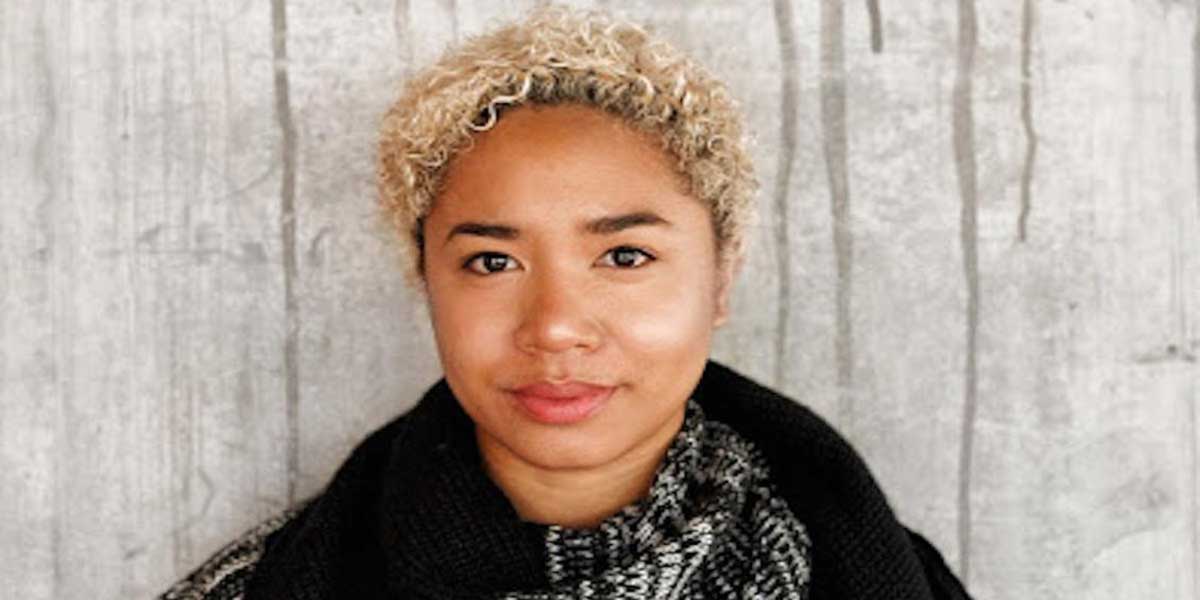 All her life, Aerica Shimizu Banks, ‘10, has been helped by women who took an interest in her. Beginning with elementary and high school teachers and including mentors she met through Seattle University, women have stepped in on her behalf. “I didn’t plan on having these connections—they came into my life,” Banks says. “They accelerated my growth. I’ve often wondered, ‘Why me?’”

As the daughter of a Japanese-immigrant mother and an African-American father, Banks was a go-getter from a young age. “My parents instilled that nothing will be handed to you as a mixed girl. That’s a stalwart of Asian culture and the Black-American experience,” she says. “You have to work hard for what you want.”

When a federal government shutdown pushed her out of public service and on to a new career path at Google, Banks saw the chance to leverage the company’s commitment to community service to lift up other women.

In 2016, she initiated the Google-funded initiative, BEACON, whose goal is to make Washington, D.C. the #1 city in America for women entrepreneurs. The successful collaboration with Georgetown Law and the D.C. Mayor’s Office landed Banks on the 2018 Forbes 30-under-30 Social Entrepreneurs list.

BEACON’s cadre of successful women entrepreneurs helps the owners of fledgling start-ups overcome the odds against them. Odds like this: Just 10 percent of venture dollars nationally go to woman business founders, according to TechCrunch. Or this, from The Project Diane Report: Black female entrepreneurs received only 2 percent of venture dollars.

In those statistics, Banks sees the potential to improve lives. As a child, she and her brother would “step into the houses of the wealthy and see how they lived” when accompanying their mother to her housecleaning jobs in Sacramento, Calif. For years, Banks was embarrassed to admit what her mother did for a living.

Only after founding BEACON did Banks come to see her mother as a small business owner, one who overcame language and cultural barriers.

“I thought about my mom as an immigrant having to figure out this labyrinth system and how hard that must have been,” says Banks. “I see BEACON as a legacy to her hard work and to all the hard, silent, lonely work a lot of women do.”

Although she had never heard of Seattle University, she remembers how a recruitment postcard struck a personal chord. “If you care about social justice,” it read, “if you care about seeing the world, consider applying for the Sullivan Scholarship.”

Awarded the full-ride Sullivan award, Banks earned a bachelor’s degree in Environmental Studies with a minor in Public Affairs. At an SU event, Banks met a director at the Puget Sound Clean Air Agency, who was so impressed that she created an internship opportunity for Banks.

“Aerica was the epitome of the whole person envisioned in the university’s mission,” Miller says. “(A)nd it’s clear … that the incisive light of her mind and the humble warmth of her heart continue to guide her ever-more productive path in the world.”

After graduation, Banks worked for the Obama Administration in the Office of Management & Budget. She then won a scholarship to the University of Oxford, where she earned a Master of Science in Nature, Society & Environmental Policy.

When a government shutdown thwarted her plans to return to the White House, Banks broadened her job search to include values-driven corporations, which led her to Google in 2013. Currently serving as a Patent Policy Analyst out of D.C., she credits SU with giving her the “intellectual flexibility” to change her career course.

“Seattle U really solidified my values for living and engaging locally but thinking outwardly and globally,” Banks says.

Today a confident leader in a global company where she can live out her values, Banks is grateful to the women who were there to “hold the door open” for her as she was finding her way.  As she rounds the corner to 30, it is her turn to lift up the next generation.