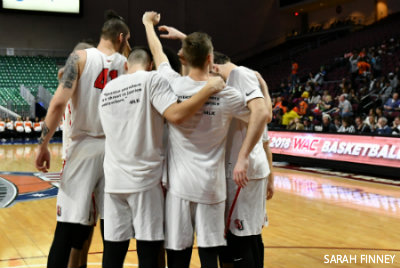 The award, created by the NABC Committee on Academics, recognizes outstanding academic achievement by teams with a cumulative grade point average (GPA) of 3.0 or better for the 2017-18 season.

Seattle U was one of just two teams in the WAC, and one of 44 total Division I programs, to be honored.

In order to earn a NABC Team Academic Excellence Award, institutions in the NCAA, NAIA and NJCAA must count the grade point averages of all men’s student-athletes who competed during the 2017-18 season.

Located in Kansas City, Missouri, the NABC was founded in 1927 by Phog Allen, the legendary basketball coach at the University of Kansas. Allen, a student of James Naismith, the inventor of basketball, organized coaches into this collective group to serve as Guardians of the Game.