Mass of the Holy Spirit 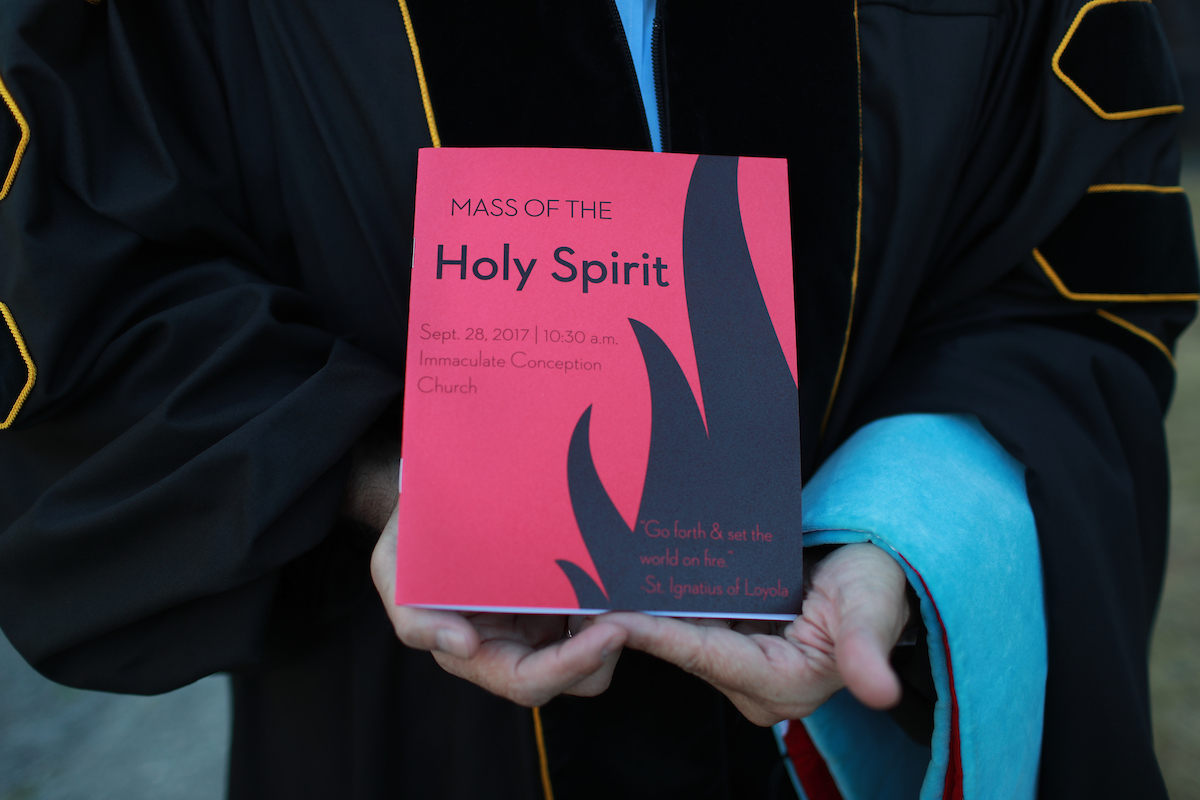 Seattle University students, faculty and staff gathered today to ask for God’s blessings on the 2017-2018 academic year at the Mass of the Holy Spirit.

The Mass itself is part of a tradition that dates back nearly to the beginning of Jesuit education. The first Mass of the Holy Spirit took place in 1548 at the first Jesuit school in Messina, Sicily.

The Mass was beautifully pulled together by SU’s Campus Ministry team. Stephen Sundborg, S.J., who celebrated his 20th anniversary as president this week, presided at the Mass. He was joined on the altar by his brothers from the Arrupe Jesuit Community. Under the direction of Joy Sherman and Lee Peterson, the Seattle University Chamber singers contributed awe-inspiring music.

(Related coverage: Referencing a portion of Father Sundborg's homily in which he mentioned it being the 20th anniversary of Mother Teresa's death, Dean Joe Phillips of the Albers School of Business and Economics reflects on his visit with the future saint during a trip to Calcutta.)

Following Mass, students, faculty and staff joined Father Sundborg in a procession featuring a bagpiper that ended at the Library Plaza. There, Alvin Sturdivant, vice president for student development, offered remarks of gratitude for Father Sundborg on the occasion of the president’s anniversary before inviting those assembled to partake of a buffet lunch.

And thanks to Eddie Salazar (Center for Jesuit Education) for sending this photo in which he and Mary-Antoinette Smith (Department of English) are pictured: 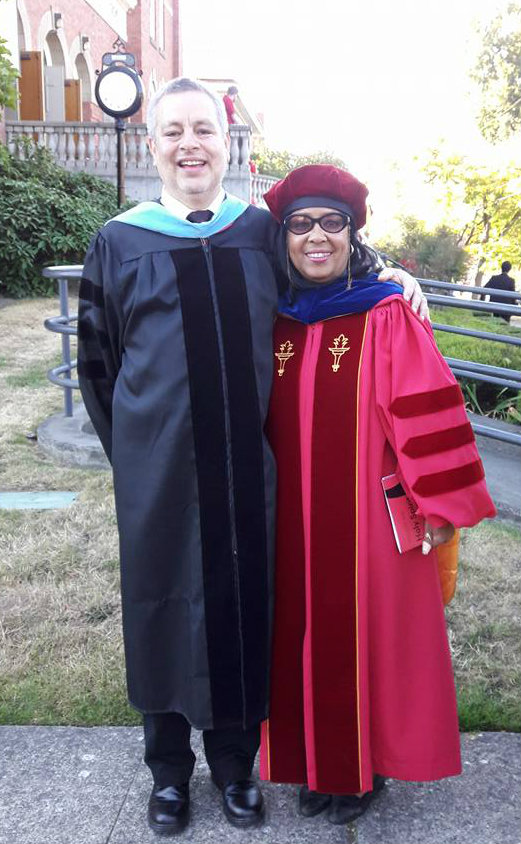